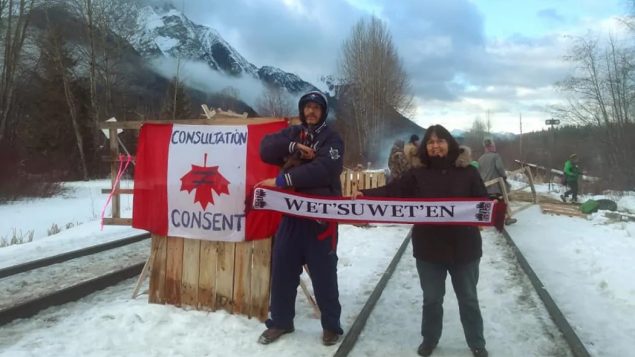 Another rail line blockade that sprang up near New Hazelton, B.C. last month, one of many in claimed solidarity with the minority group of Wet'suwet'en opposed to a gas pipeline in northern B.C. (Lilllian Granley via CBC)

In the face of rail and road blockades across Canada, the western province of Alberta is proposing tougher legislation against protesters engaged in blocking infrastructure..

The many blockades across the country are in support of a small group of Indigenous leaders in northern British Columbia who oppose a natural gas pipeline across their claimed territory.

The blockades of rail lines have caused a great deal of concern and financial harm all across Canada, but especially to the province’s agriculture sector.

Known as the Critical Infrastructure Defence Act, the Bill introduced in the provincial legislature last week seeks to “protect essential infrastructure from damage or interference caused by blockades, protests or similar activities, which can cause significant public safety, social, economic and environmental consequences”. 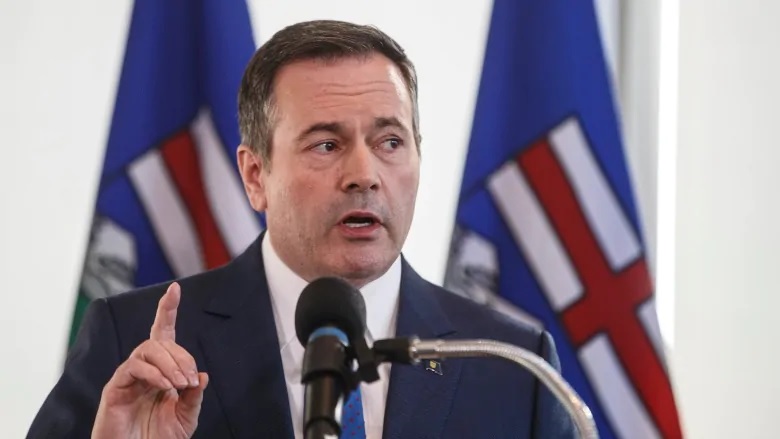 Alberta Premier Jason Kenney, who has been very critical of the federal approach to rail and other blockades, is proposing tougher provincial legislation saying.””Albertans and Canadians respect our constitutionally protected freedoms of expression, of assembly and to protest. But, blocking railways, roadways, commuter trains and critical infrastructure is simply and plainly illegal.” (Jason Franson-Canadian Press)

The bill would build upon existing trespass laws and create legal definitions of what constitutes “critical infrastructure” and forbid anyone from damaging, occupying, or interfering with the function of the infrastructure through vandalism, or blockades and protests.

Quoted in the Western Producer, Alberta Premier Jason Kenney said of the rail blockades, “This is not legitimate and lawful protest. We respect the right to assembly and protest, but blocking critical infrastructure is simply and plainly illegal. It mocks the principle of the rule of law, which holds us together as the central principle of a democratic society, but it is also inflicting massive damage on the Canadian economy.” 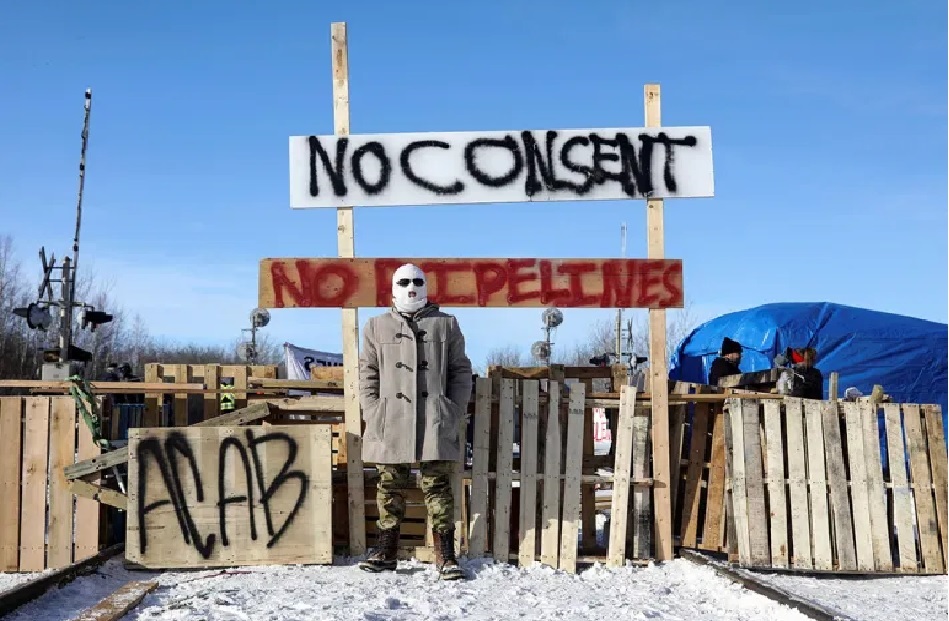 Supporters of the minority of indigenous Wet’suwet’en Nation’s hereditary chiefs shown in Edmonton Alberta at a railway blockade as part of protests against British Columbia’s Coastal GasLink pipeline on February 19, 2020. While it is already illegal to block rail lines, or even be on rail property without authority, the province is proposing tougher provincial legislation (Codie McLachlan/ REUTERS)

The proposed bill sets a minimum fine of $1,000 for a first offence, and $10,000 and $25,000 respectively for subsequent offences. The minimum fine would also be increased each day a protest continues.

Legal experts say that much of what is proposed is already illegal under current laws. Premier Kenney counters that current laws do not seem to be a deterrent.

The legal experts also suggest this new law might be open to constitutional challenges due to an overlap of individual protesters rights, and business rights. There may also be challenges as it as well as it could interfere in areas of federal jurisdiction in regard to highways and railways.

The Association of First Nations (AFN) Regional Chief for Alberta says the bill unfairly targets Indigenous peoples and has no place in a democratic society.

Alberta’s justice minister urged other provinces to adopt similar laws. Manitoba officials are said to be studying the Alberta proposal.