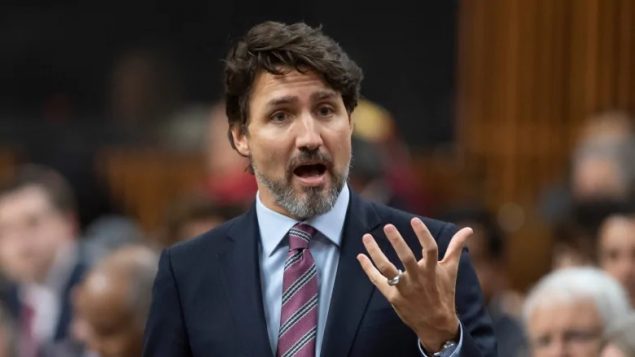 Prime Minister Trudeau and his Liberal party weathered several scandals during the first mandate. They won re-election in 2019, although with a minority government and in spite of losing the popular vote to the Conservative party.

The first few months of 2020 have seen a number of crises, including Iran’s shooting down a passenger jet carrying some 57 Canadians, the Covid-19 health crisis, and the ongoing indigenous inspired rail blockades.

The Angus Reid survey of 5,000 adults shows that while Trudeau’s rating improved for his handling of the Iran jet disaster, that has disappeared in light of his handling of the rail blockades which have cost the economy billions and disrupted tens of thousands of rail passenger plans. 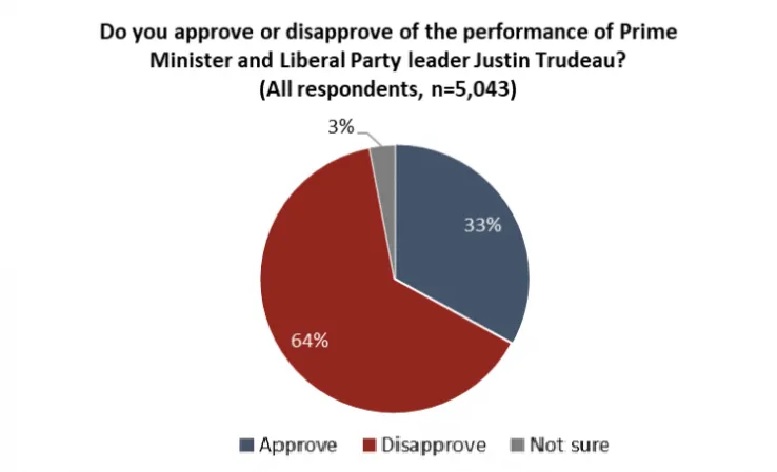 The rail blockades were inspired by a minority dissenting group of Wet’suwet’en hereditary chiefs opposed to a gas pipeline crossing their claimed territory. Although the elected council and a majority of the band was in favour of the line, many city demonstrations of support were held for the hereditary chiefs and blockades of rail lines were set up across the country. Weeks of negotiations were attempted which has finally resulted in a deal this week, although details are not known. 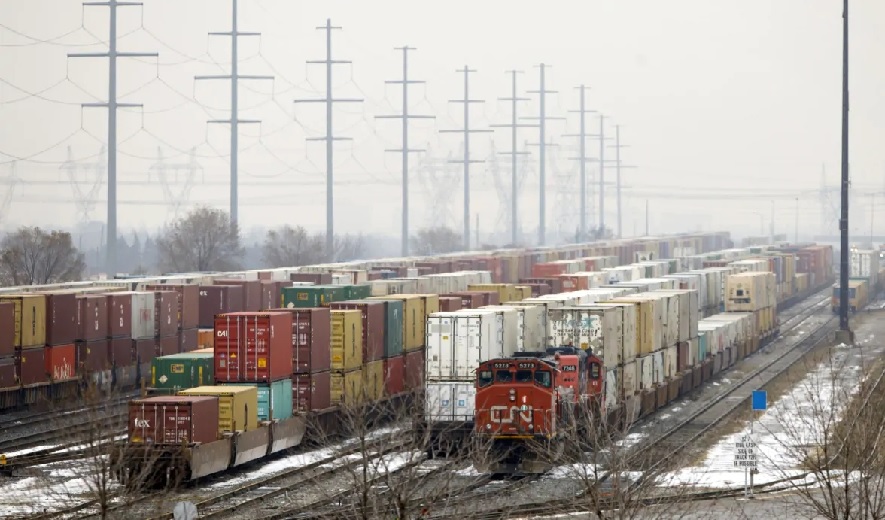 The rail blockades of several weeks have backlogged traffic at Canadian ports, and across the country, stalling the economy. Trudeau’s policy of “patience” has been highly criticised. (Cole Burston- Canadian Press)

Facing strong criticism from business, provincial premiers, and citizens, the Prime Minister has continued to plead for patience.

The latest survey shows a steep decline in Trudeau’s approval rating. The survey shows  a third of those who voted for the Liberals or the Greens in 2019, would now change their vote. 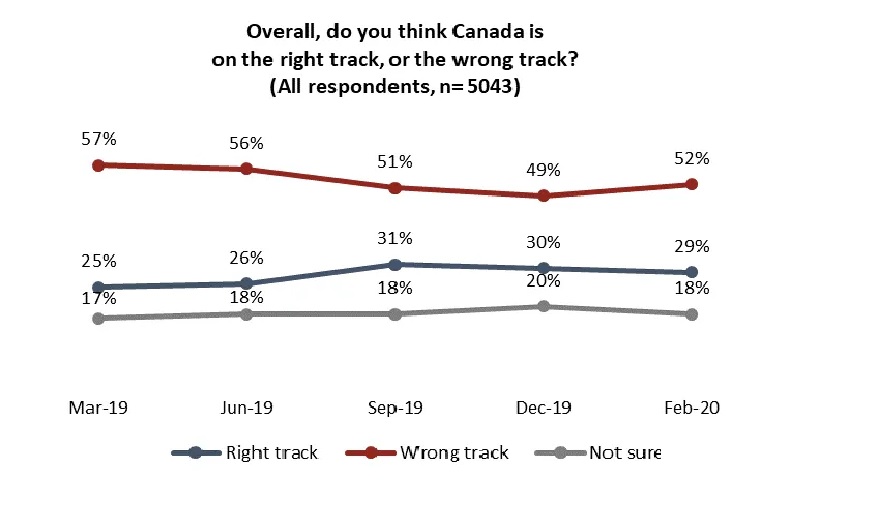 Meanwhile, the Mohawk say they will continue their blockade of a main rail line in southern Ontario until they get more information from the Wet’suwet’en hereditary chiefs.

The survey also asked about Canadians top concerns. Climate, health care, government spending and housing affordability top the list. While perhaps surprisingly national unity is not a big concern in spite of the comeback of the separatist Bloc Quebecois party, and a rise in western alienation especially in Alberta. 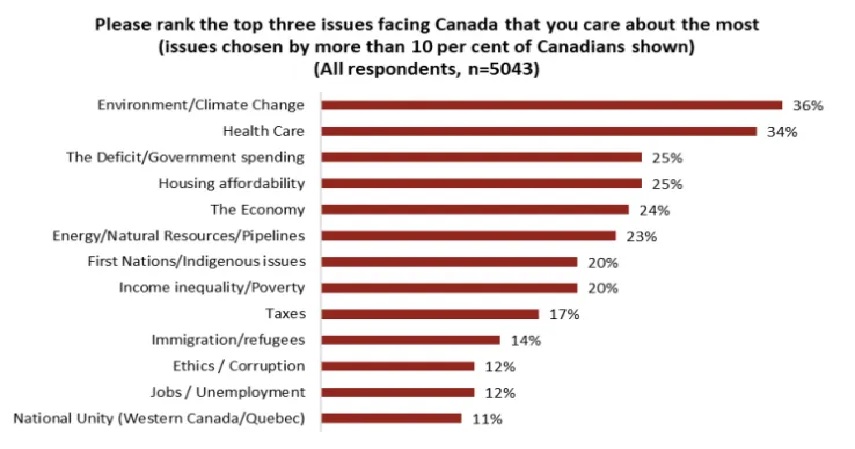 A majority also believes Canada is “on the wrong track”.

Meanwhile for all age groups, the approval rating for Prime Minister Trudeau appears to be on a slow steady decline, exacerbated by disapproval of his handling of the pipeline/rail blockade situation.