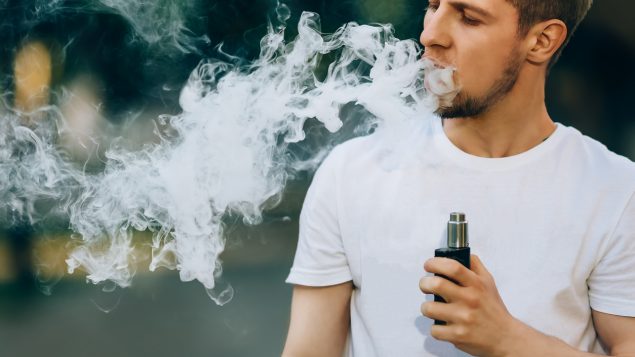 The Heart & Stroke Foundation is urging Canadians to reach out to the federal government and ask them to take action to restrict the amount of flavours and limit the amount of nicotine in vapes through its new campaign to stop youth vaping.

A survey conducted by the Heart & Stroke Foundation said that about 80 per cent of Canadians are concerned about youth vaping, and 89 per cent want the government to take action on their concerns before the end of the year.

‘‘We know that the vape industry has done a really tremendous job of marketing these products making them enticing and appealing, and this is actually played out into youth who are now attracted to these products that were intended for adult smokers,’’ said Leslie James, the senior manager of health policy with the Heart & Stroke Foundation.

‘‘And because of this we’re seeing a youth vaping crisis and we have great concerns that this could be damaging to the health and to development of young people.’’

According to Health Canada’s website, vaping can increase a person’s exposure to harmful chemicals and the highly addictive substance nicotine. They also said that there are concerns about how vaping appeals to younger Canadians.

James said that the issues with vaping are that the flavours such as cotton candy, and bubblegum are attractive to younger Canadians, there is a high amount of nicotine in vapes, and that the long term health effects of vaping are still unknown.

A study published in the American Journal of Preventive Medicine last December, said using e-cigarettes increased the risk of lung disease by one-third compared to those who had never smoked or vaped.

Last week Statistics Canada had released information about vaping in Canada, as part of the new Canadian Tobacco and Nicotine Survey of 2019, which surveyed 8,600 people from across the country.

It found that vaping is more prevalent among younger Canadians. It also found that 60 per cent of users who had vaped within 30 days previously to taking the survey believed vaping products were less harmful than cigarettes.

With files from Thomson Reuters