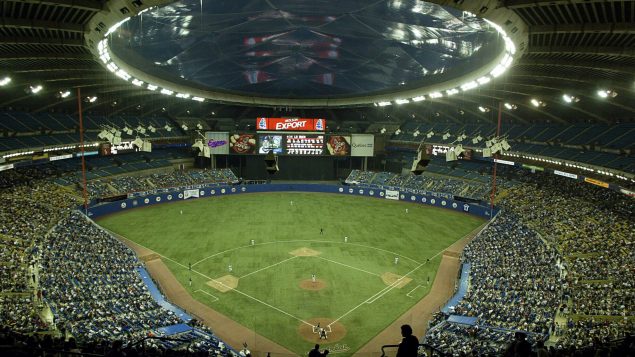 FILE - In this Sept. 29, 2004, file photo, fans watch a baseball game between the Montreal Expos and Florida Marlins at Olympic Stadium in Montreal. (Paul Chiasson/The Canadian Press via AP, File)

Baseball fans in Montreal got some disappointing news this morning.

The Office de consultation publique de Montréal (OCPM) released a report Monday morning that said the construction of a baseball stadium near Peel Basin would need its own public consultations.

The OCPM released the report on the Bridge-Bonaventure sector of Montreal, which includes the Peel basin in Griffintown. The OCPM is an independent organization that is mandated to carry out public consultations by Montreal’s city council or executive committee.

According to OCPM’s report a majority of respondents online, 51.2 per cent, were against the idea of a baseball stadium. One of the main arguments against the project was that it would not fit the need for social housing within the area.

Those who wanted to see the stadium built argued for the economic benefits it would bring to local businesses according to the report.

Montreal businessman Stephen Bronfman proposed a new million square foot baseball stadium in the Peel basin last October. It would seat up to 32,000 people, and would be eco-friendly, according to Bronfman. 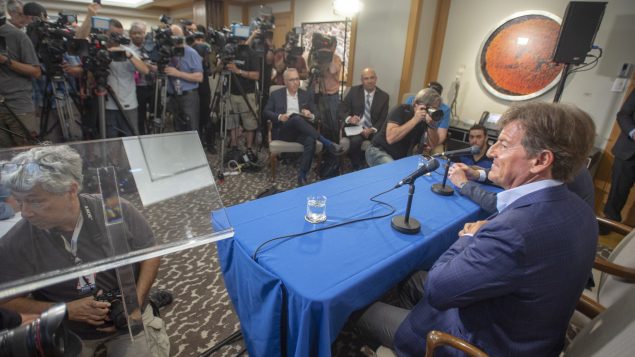 Stephen Bronfman speaks to the media about the prospect of Major League baseball returning to Montreal Wednesday, June 26, 2019 in Montreal. (The Canadian Press/Ryan Remiorz)

Bronfman leads the Montreal Group which is composed of Montrealers that want to bring baseball back to the city. The Montreal Expos played in Major League Baseball until the team moved to Washington in 2005.

At the time, a Action-Gardien, which is made up of 26 community organizations, joined together to oppose the construction of a baseball stadium. Action-Gardien told CBC News in October that they want social and community housing especially in areas affected by gentrification.

In May 2019, Montreal Mayor Valerie Plante said that she would be into the idea of a baseball stadium at the Peel Basin.

It is currently unclear when or if the OCPM will conduct public consultations on a potential baseball stadium in the Peel basin.

According to CBC News, the city has the final say on permits and zoning changes that would allow any proposal for a stadium to be brought forth.