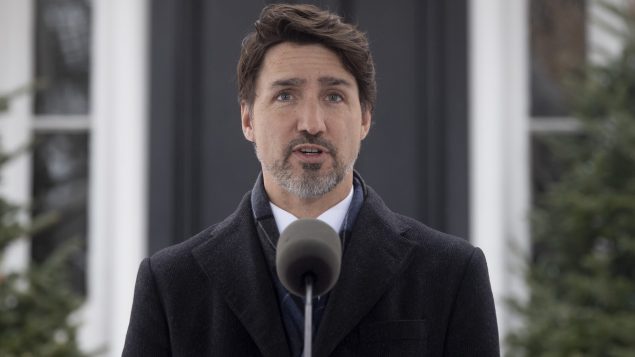 Prime Minister Justin Trudeau speaks to the media about measures the Canadian government is taking to fight the spread of the COVID-19 virus in Ottawa, Tuesday, March 17, 2020. THE CANADIAN PRESS/Adrian Wyld

Prime Minister said financial support for Canadians on the way

Canada’s Prime Minister, Justin Trudeau, announced this morning that he might recall the Canadian parliament to pass legislation to financially support Canadians during the COVID-19 outbreak.

“We’re looking at all sorts of ways of helping Canadians, and this is part of what we’re looking at,” Trudeau said in a press conference earlier today. “We’ll have an announcement tomorrow most likely around that.”

He added that the government will have more to say about changes to the upcoming tax season later this week.

With the new program, Canadians can apply to receive an emergency loan of up to $5,000 to be able to get back to the country.

As of Tuesday afternoon, there are at least 453 confirmed and presumptive cases of coronavirus in Canada. There are five deaths related to COVID-19, four in British Columbia, and one in Ontario.

The province of Ontario and the city of Calgary declared states of emergency earlier today.

Trudeau said that declaring a countrywide state of emergency has not been necessary so far, but said that the government is examining the act.

The Emergencies Act allows the Canadian government to enact special measures to ensure the safety and security of Canadians during national emergencies, such as restricting travel, evacuations and regulating the distribution and availability of essential goods and services.

However, Chrystia Freeland, the deputy prime minister and minister of intergovernmental affairs, said in a press conference later in the day that invoking the Emergencies Act is a measure of last resort, and that the federal government would not invoke it without consulting with the provinces.

Canada has already taken steps to slow the spread of COVID-19 within the country. Yesterday Trudeau announced new measures, including the closure of Canadian borders to anyone who isn’t a Canadian citizen, permanent resident, or American.