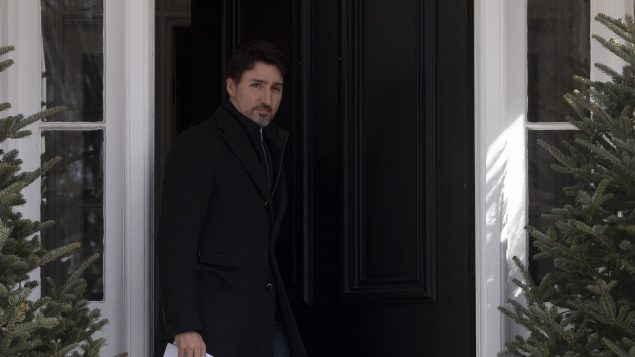 Prime Minister Justin Trudeau steps out of his residence, Rideau Cottage, on Monday in Ottawa before speaking with the media about measures Canada will enact to fight the COVID-19 virus. Trudeau is currently in self-isolation at the residence. (Adrian Wyld/Canadian Press)

Canada is closing its borders to people who are not Canadian citizens, permanent residents or Americans as part of the battle against the spread of the COVID-19 virus.

Exceptions will be made for diplomats and people with family in Canada.

Prime Minister Justin Trudeau, who remains in self-isolation because his wife has tested positive for the virus, made the announcement today outside his residence in Ottawa.

Saying that Canada is taking “increasingly aggressive steps” to combat COVID-19, he asked all Canadians to stay home as much as possible and said Canada will restrict flights from outside the country to airports  in Vancouver, Calgary, Toronto and Montreal.

Trudeau said the new rule did not apply to trade and business flights and to flights from the U.S., Mexico, the Caribbean, and Saint Pierre and Miquelon.

He said no one displaying COVID-19 symptoms will be permitted to board a flight to Canada.

The prime minister’s speech followed a weekend that saw the number of COVID-19 cases in Canada continue to rise–from 197 to 341 over Saturday and Sunday. 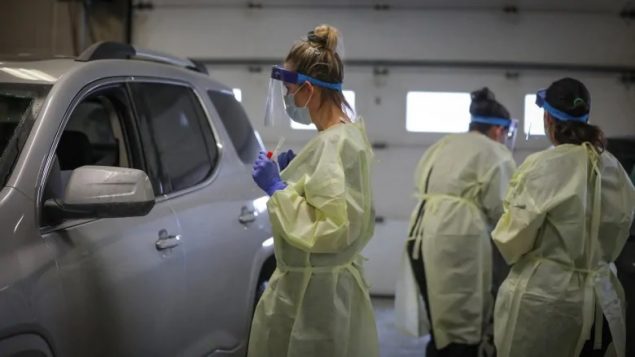 Canada now has a total of 407 cases, a total that includes four deaths.

Meanwhile, as of Monday afternoon, the latest figures showed the number of cases around the world approaching 180,000 with 7,100 deaths.

The weekend saw Canadians scrambling to return home after the government urged them to do so .

And provinces announced measures aimed at stopping the spread of the virus, as Ontario reported 43 new cases–its largest same-day spike since the crisis began.

Tam added that efforts to update the country’s airport screening measures are “rapidly” underway, a comment that came after Trudeau told CTV earlier Sunday that only some international travellers were undergoing the screening.

“We do not want public health officials to be using up their time and resources at airports doing something that isn’t the most impactful thing they can be doing,” he said, adding that the priority for officials is to be in their communities and in hospitals. ”

On Friday, workers and passengers at Pearson International Airport told the CBC”s Laura Clementson they were concerned that screening wasn’t stringent enough.

The Canada Border Services Agency says that has now been rectified. 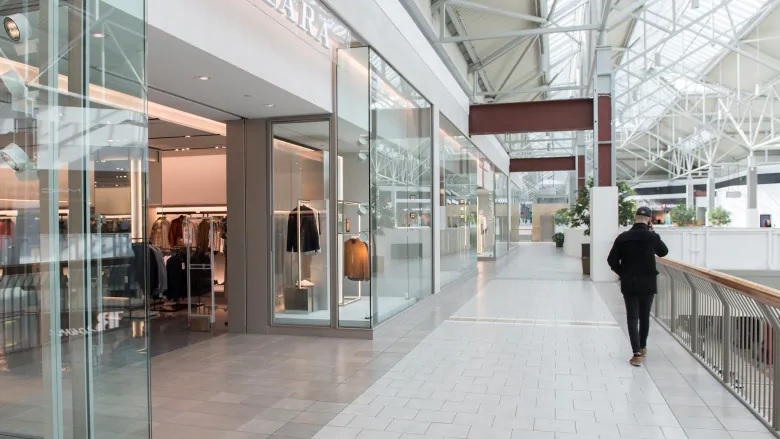 An almost-deserted shopping mall is seen in Montreal on Saturday. (Graham Hughes/Canadian Press)

Further west, authorities in Alberta cancelled classes at all K-12 schools and closed child-care centres indefinitely, as the city of Calgary declared a state of emergency.

On Sunday, Saskatchewan said it was closing libraries and leisure centres.

On Monday, officials said they were closing schools.

Manitoba announced Friday that classes will be cancelled for one week before spring break and one week after, leaving students out from March 23 until April 13.

Back east, Prince Edward Island officials said Sunday they were closing all schools until April 6.

Today, officials in Newfoundland and Labrador announced they were closing all schools and daycare centres in the province until further notice..

As of Sunday, health officials across Canada had recommended that people avoid gatherings of 250 people or more but had not advised retailers to shutter.

Some businesses, however, are limiting their operations on their own initiative.