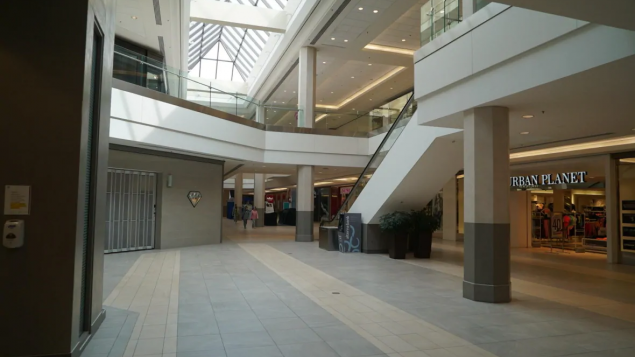 Normally filled with shoppers at all times of the day, this London Ontario mall is now typical with very few shoppers and most stores closed. (Colin Butler-CBC)

As businesses are ordered closed, and companies lay off workers, the unemployed rate is soaring.

Last week claims for federal “employement insurance” (EI) jumped to 500,000. Employment insurance in Canada provides temporary payments for a specific length of time for those who have been working, but who for one reason or another have lost their jobs.

That figure of half a million could be just the start as more businesses and companies are forced to cut back or close altogether.

All non-essential businesses in the two most populous provinces of Ontario and Quebec have this week been ordered to close for the next two weeks in Ontario and three in Quebec to avoid the possiblity of spreading the COVID-19 virus.

Together those provinces represent over 50 per cent of Canada’s economy.

An economic analyst suggests that some 3 million Canadians could lose their jobs in the coming days and weeks.

Other businesses across the country which have not been ordered closed, have, or may decide to close for health safety reasons and because there are so few clients, it’s not worth remaining open, thus those jobs are gone, perhaps temporarily, perhaps in some cases permanently.

Quoted in the Globe and Mail, Kevin Milligan, economics professor at the University of British Columbia. “My best guess is that we are very likely to do worse in March, 2020, than the worst month in the 1930s.”

The International Labour Organisation in a report on March 18, called COVID-19 and the world of work: Impacts and responses
suggested that global job loss could be up to 25 million

Taking Canada’s example, that figure could be underestimated.

As examples Chrysler Canada laid off almost 9,000 workers due to shutdowns, as have other automakers, Cirque du Soleil laid off almost 5,000 of its members, Canadian airlines have announced layoffs of most of their staff.

The service industry has taken a huge hit with hotels closing, while those still open have seen occupancy drop to 10 per cent or less. A majority of bars and restaurants have closed, and those that haven’t are only offering take-out service and operating on a skeleton staff. 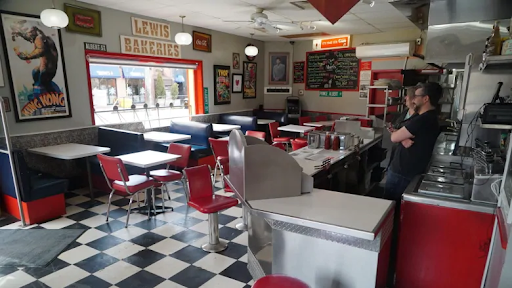 While restaurants and other food service outlets can remain open, most are doing very little business like this diner in London Ontario. Most have also stopped table service, laid off staff, and only offer take-out service. Others have simply closed. (Colin Butler-CBC)

Statistics Canada reports that almost 6 million Canadians are employed in those sectors that are hardest hit: retail, accommodation and recreation, food service, transportation and warehousing. A 50 per cent job loss in those sectors is not improbable meaing possibly three million layoffs.

Although most layoffs might be temporary and return once the COVID-19 situation gets under control, many people will be hurt by the situation. Some sectors, such as Canada’s oil industry might face a tougher road back. In all cases, the longer the layorrs continue, the harder will be the return to work.

There are many in Canada who for various reasons, such as self-employment, are not eligble for EI payments and although the government has proposed several stimulus packages that may not save many people or businesses from bankruptcy.

Macdonald says, we won’t know how great job losses really are for this month, until possibly May.