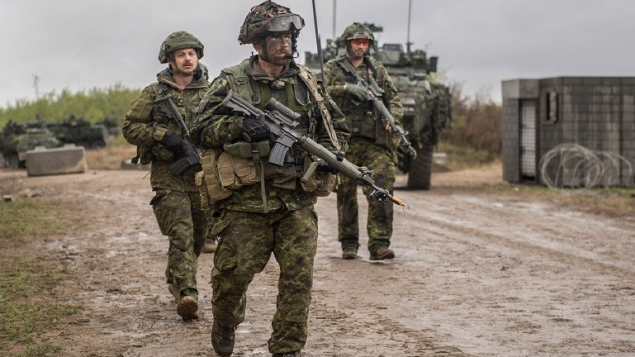 Canadian soldiers during Exercise Maple Resolve 2019. The huge Canadian exercise usually held in May, also involves thousands of troops from other Allied countries. This year it's been cancelled due to concerns over spreading COViD-19

Canada’s military is being affected in unusual ways by the pandemic. Spring is the season when thousands of personnel get orders for transfers (postings)  to new bases and assignments across the country.

Defence Chief General Jonathan Vance has ordered a pause to all military activities over concerns of the implications of spreading COVID-19.

The military is also not releasing any figures on military members who may be infected with the virus due to security issues.

Gen. Vance has said his original three-week pause may have to be extended depending on the development of the pandemic. There has been some speculation that the various cancellations and call-backs are to ensure the military has the resources available should there be a call for them to deal with an emergency, or disaster relief in the country.

One of the areas affected is the huge annual international military land exercise also involving aircraft known as Maple Resolve. Held in May at the enormous training range near Wainwright Alberta, the exercise involves thousands of Canadian troops and thousands more from several allied countries. Recently assured it would go ahead, this week, the event was cancelled over COVID-19 concerns. Vehicles and other equipment already on location have begun moving back to their bases..

Meanwhile for some 200 Canadian Forces personnel in Ukraine and their families back home, their future movement is uncertain. Canada has been training thousands of Ukraine troops in various skills since Russia invaded the Crimean peninsula and began supporting Ukrainian separatist forces. Since 2015, Canadian troops have been on rotation on six month assignments. The current tour was due to end next month.  For the soldiers in theatre and their families at home, the waiting game for a decision on whether the current tour will be extended or a new rotation begun, or even whether the troops will be brought home and not replaced, at least for the time being. 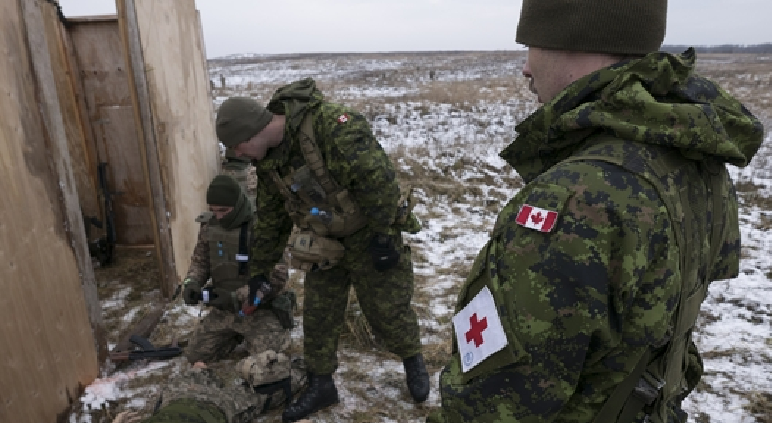 Canadian Armed Forces medics observe Ukrainian soldiers who practice combat first aid skills during a dry-fire exercise near Starychi, Ukraine during Operation UNIFIER on November 29, 2017. Various CF units have been rotated through Ukraine since 2015 on six month assignments. The current contingent is due to be replaced next month, but that decision is now on hold while the military decides on the most prudent course of action in the face of the pandemic (Photo: Capt Thomas Edelson, Canadian Forces Combat Camera IS16-2017-0003-007)

Andriy Shevchenko, the Ukrainian ambassador to Canada, on Tuesday stressed the importance of the training mission as the conflict in Donbass and elsewhere in the eastern part of the country continues.

Naval activities are also affected by concerns over the virus. A Canadian frigate working with a NATO fleet in the Mediterranean has been ordered not to make a number of scheduled port visits, while two other Canadian ships on drug intervention duties in the Caribbean have been ordered to cut short that mission and head home. Two more ships slated for an international exercise in Africa are headed home after those exercises were cancelled due to the pandemic

In Canada meanwhile, the so-called ‘active posting season’ (APS) starts soon and personnel receiving new postings have 90 days to report to their new base, Moving usually begins during summer months. but before that personnel usually make trips to the new location to search for housing, and for those with families, arrange for things like schooling and other needs.

The military has been a temporary stop on such trips for the next three weeks while it decides whether to proceed or put a hold on some or all of the approximately 11,000 moves annually. While some moves are due to promotions, and some due to those leaving the forces and moving to a new location paid for by the government as part of their service, about 5,000 -6,000 personnel receive orders during this APS. 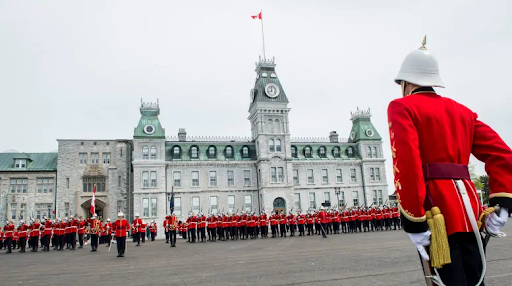 A commissioning parade of graduating officer-cadets at the Royal Military College of Canada in Kingston Ontario. Officer cadets at both this college and the military college at Saint-Jean, Quebec have been told that classes have been halted and studies will be completed online.( Mary White-DND-Combat Camera)

A decision affecting these thousands of CF personnel and thousands more family members is expected in the coming days.

Also because of the virus, military training schools are closed, and officer cadets at the military universities at St Jean Quebec, and Kingston, Ontario, are being told they will complete their studies online.

The Canadian Forces has also ordered all personnel currently on vacations outside the country to return immediately advising them upon return that they must self-isolate for two weeks.