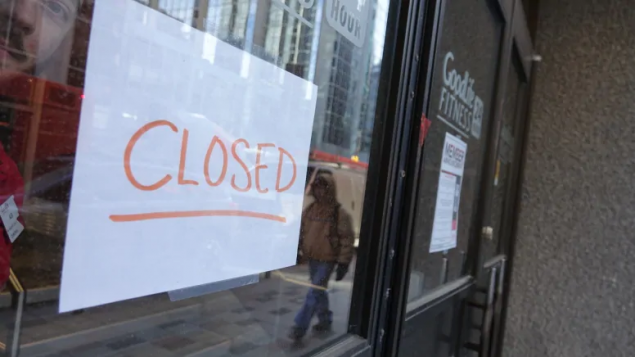 An Ottawa, Ontario business showing it has closed due to the coronavirus and emergency health orders for all non-essential businesses in the province to close. This is to prevent spread of COVID-19, but thieves are taking advantage of so many closed shops to break in and steal whatever they can (Francis Ferland-CBC)

In times of crisis, society usually comes together in a spirit of helping. Sadly there are also those who attempt to profit from the misfortune of others or otherwise attempt to take advantage of the situation for personal gain.

On the good side, volunteers in cities and towns all across the country have been offering their services to help in whatever way they can.

With many people in isolation, and with others, perhaps elderly, who can’t make it outside, these good Samaritans have been offering to pick up and deliver grocery orders, walk pet dogs for those who no longer can, or provide other simple but nonetheless important services.

In at least one case, a woman from northern B.C. found herself abandoned by her partner without money in the unfamiliar city of Victoria, police officer called about a distressed women, upon hearing her story, drove her to the ferry to the mainland and paid for her ticket so family members who had travelled to Vancouver could collect her and take her home.

On the other hand sadly, a vast number of scams, frauds, hoaxes, fake websites, and misinformation have been reported. Most of these with the intent to cheat people out of their money or obtain personal and financial information with the potential of identity theft.

Now with states of health emergency being declared in areas across the country and businesses being ordered closed, the bad element are becoming more active.

While we’re absolutely nowhere near the drama of the 2011 film ‘Contagion’, a little step in that direction seems to be occurring.

In locations across the country, the number of break-ins at businesses closed in respect of COVID-19 concerns, has begun to increase. 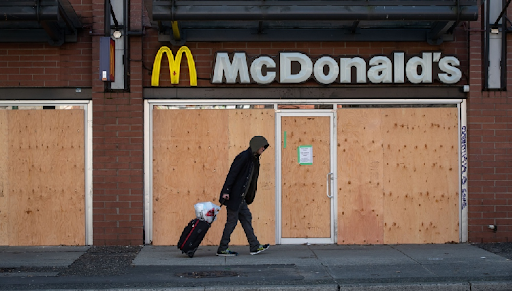 More and more shops are boarding up in cities across Canada to prevent break-ins and vandalism as thieves take advantage of businesses closed due to coronavirus. This fast food outlet in downtown Vancouver is an example (Darryl Dyck/The Canadian Press)

Vancouver police report there were as many commercial break-ins in the ten days between March 16-26, as there were during the previous 16 days at the beginning of the month.

Quoted by CBC, Ottawa Police Const. Martin Dompierre said, “There are a lot of empty businesses right now in the city, the possibility of people wanting to take advantage of the situation because the businesses are empty is augmented.”

Police are reporting that with so few people on the streets who could witness break-ins and with so many shops closed, it seems thieves are becoming rather bolder.

Victoria B.C police had arrested two individuals for break-ins this week saying in a statement on the police website,” “We are well aware of the potential for businesses to be targeted during closures,” Chief Del Manak said. “We have already implemented enhanced patrols and discussed new crime prevention strategies.”

More and more shops are now boarding up windows and doors. In many cases they are simply covering windows so potential thieves can’t see what may be of interest inside. The boarding up of shops to prevent opportunistic break-ins and vandalism is also occurring in several U.S. cities.

Police are offering a variety of tips including upgrading locks, remove as much merchandise as they can, empty cash drawers and leave them open to show there’s no money, and even clean surfaces so that they would show fingerprints if a thief breaks in.