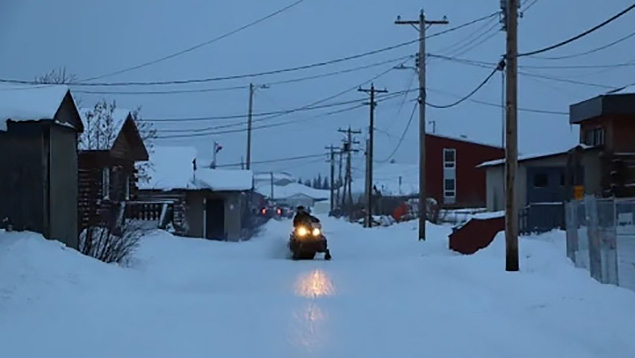 A couple from Quebec, desperate to escape lower Canada because of COVID-19, wound up in Yukon's northernmost community of Old Crow (above),last Friday, but were not allowed to stay. (Alexandra Byers/CBC)

They wound up in a remote northern Yukon community last Friday before being told they would not be allowed to stay.

“They dreamt about it, pointed at a map, jumped in their car, and now they’re in the Yukon,” Chief Dana Tizya-Tramm of the Vuntut Gwitchin First Nation in Old Crow, Yukon told CBC News, in a story reported by Nancy Thomson, Steve Silva and Dave Croft.

Chief Tizya-Tramm told CBC News he spoke to the couple after they got off a plane at Old Crow, the northernmost community in Yukon, and some 5,000 kilometres from where they started out.

“They had no idea where they were going or necessarily what they were doing,” he said.

The couple told Tizya-Tramm they were trying to escape the pandemic.

Chief Tizya-Tramm told Jimmy Thomson of Vice News the couple told him they had sold everything they owned to finance the trip. 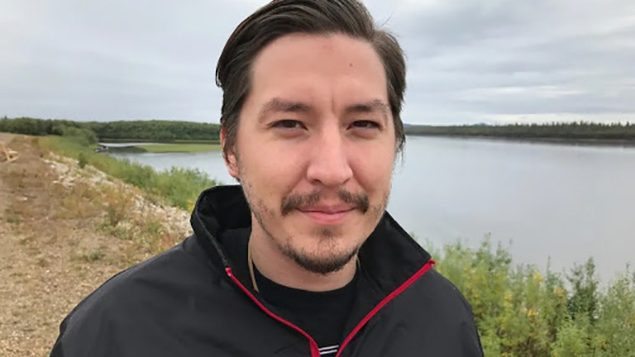 We were busy dealing with a life-altering pandemic, and this couple just strolls off the plane like cartoon characters,” said First Nations Chief Dana Tizya-Tramm. (Jane Sponagle/CBC)

Chief Tizya-Tramm, who told Thomson the couple “couldn’t be older than 35,” told Politico’s Andy Blatchford he was sympathetic to the couple’s plight.

“I do feel for these individuals–when I spoke with them they were legitimately scared,” the chief said.

He described the couple as “hippy-ish,” noting they were “clearly unprepared” for life in the Far North.

“They came off the plane in sweatpants and a jacket and a hat–no gloves,” Chief Tizya-Tramm told Blatchford.

As of Monday, Yukon has five confirmed cases of COVID-19. The territory declared a state of emergency on Friday. 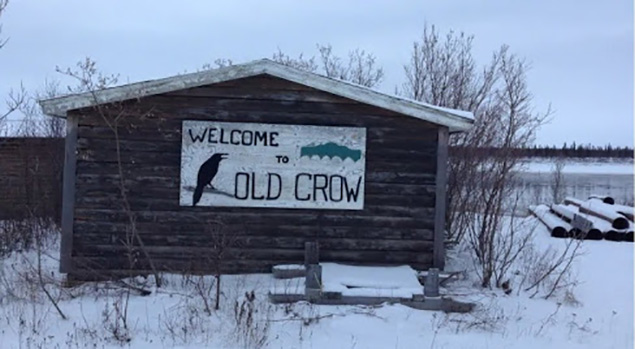 There was no work for the couple in Old Crow, and housing is tight even for locals. (Leonard Linklater/CBC)

The chief says residents are “generous and hospitable,” but the couple arrived at a time of deep worry in the community and the RCMP was called to ensure that the couple leave, which they did on Sunday.

Yukon has not closed its borders amid the COVID-19 pandemic.

However, people arriving in the territory are told they must self-isolate for 14 days on arrival.

“They actually endangered our community and themselves. Our small community does not have the capacity to cope with a very robust epidemic,” Chief Tizya-Tramm told fr24news.com, adding that there is no doctor in the community.

Old Crow has a population of about 250 and is located about 90 kilometres east of the Alaskan border.