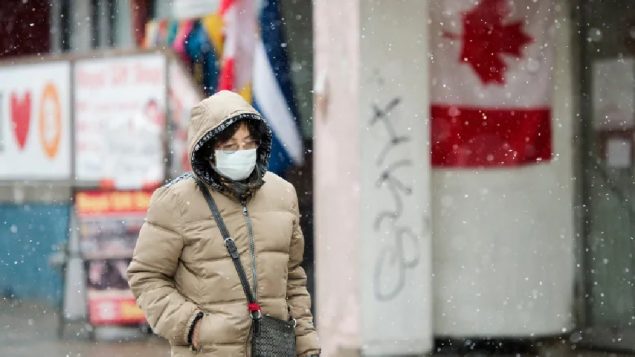 On February 26 a Toronto pedestrian wears a mask as part of COVID-19 protection. Ontario health officials released projections today on possible deaths from the disease including the toll if no preventative actions had been taken. (Nathan Denette- The Canadian Press)

Governments in Canada have been under pressure to reveal projections on the potential death toll from this novel coronavirus. While the federal government has so far not complied, today provincial health officials in Ontario revealed their modelling projections.

The modeling suggests between 3,000 to 15,000 people in Canada’s most populous province could die over the course of the disease. They noted first that the figures were over the projected course of the virus which could last from 18 months to two years and continue in a second and possibly third wave.

They were presented in a press conference today led by Dr. Peter Donnelly, president and CEO of Public Health Ontario. along with Matthew Anderson, the head of Ontario Health, and Adalsteinn Brown, dean of the University of Toronto’s public health department. 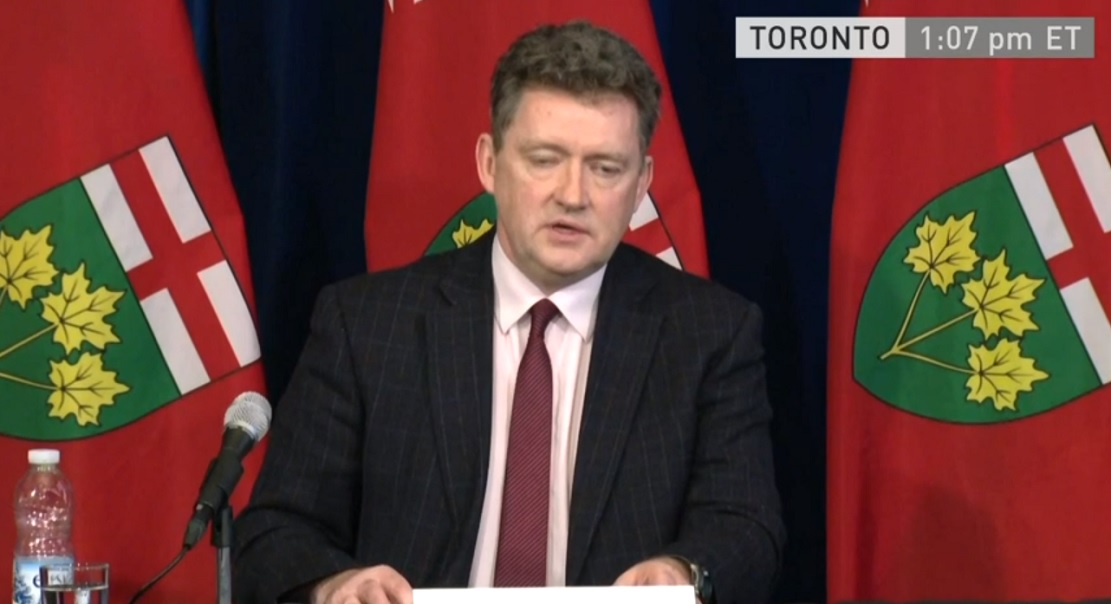 Dr. Peter Donnelly, president and CEO of Public Health Ontario, said the projections were done with the best methods possible, but remain projections only. He insisted that people should maintain preventative actions. (Govt Ontario press conference via CBC)

Projections are based on a variety of factors and methods, but are aslo based on certain assumptions so cannot be taken as hard figures.

Dr. Donelly pointed out that the projections of deaths had no actions been taken could have been in the 90,000 to 100,000 range.  He said when officials saw those projections, immediate action was taken by the province in declaring a health emergency such as closing schools and non-essential businesses, self-isolation orders, and social distancing. 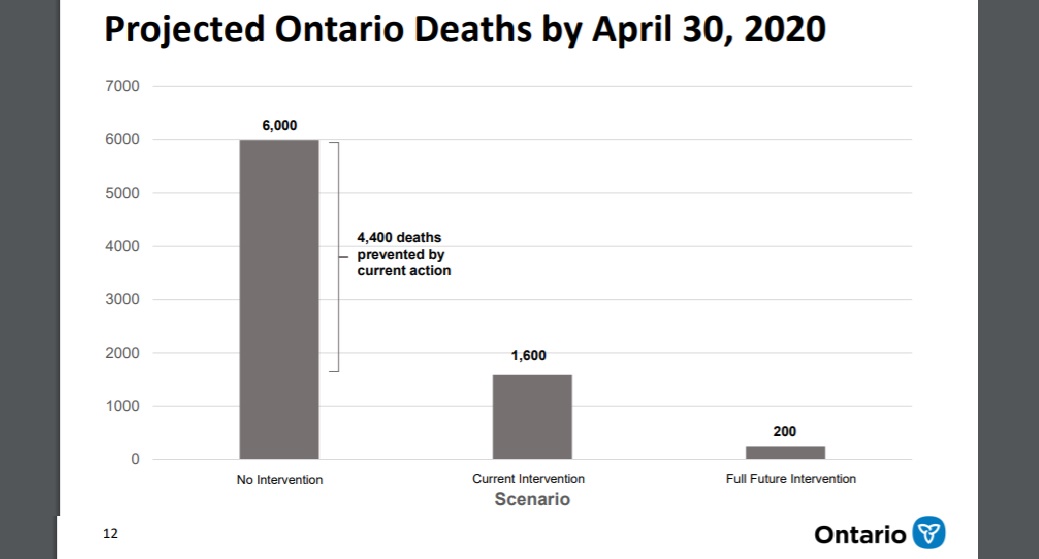 Modelling projections for Ontario showing that under current prevenative measures some 4,400 lives will be saved, but more action may still be necessary officials say. (Govt Ont. modelling study)

Although the numbers seem high, they also pointed out that over 1,300 Ontarians die each flu season, but the flu is a disease well understood whereas this virus is new and there are no vaccines, and it has a much higher mortality rate so that a projection of up to 15,000 deaths at the high end was not an unreasonable figure. . Donnelly said that for example in those aged 80 and over the mortality rate is very high at around 16 per cent,