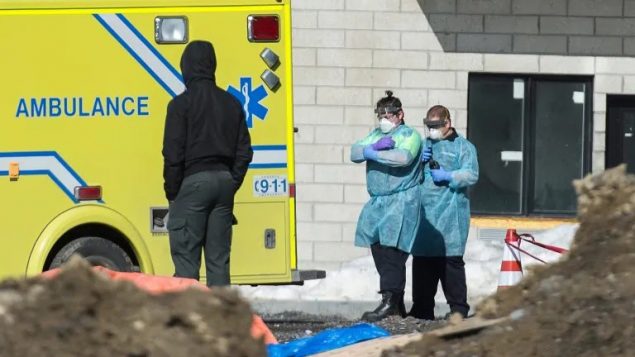 Health-care workers in Quebec–including thousands working at the bottom end of the wage scale in long-term care homes–are getting temporary pay raises.

The hikes will go to workers in both the private and public sectors.

Front-line workers–such as emergency-room professionals and nurses in coronavirus testing centres–will get an eight per cent boost to their salaries.

As well, people working in private long-term care homes–most of whom make little more than the minimum wage of $12.50 an hour–will be included in the 69,000 workers getting the eight per cent hike, as their salaries rise $4 per hour.

Including the long-term care workers appears aimed at keeping them working, rather than quitting an already thankless job to take advantage of federal financial assistance that’s worth $2,000 a month.

“I don’t think there is a group that has ever been more deserving of a pay raise,” Premier François Legault said, making the announcement.

Legault said this week one of his biggest fears is the spread of COVID-19 in long-term care facilities.

Some 200,000 other people who work in the health-care system but who are less exposed to COVID-19, will receive a salary increase of four per cent.

The measures–retroactive to March 13–will cost about $287 million.