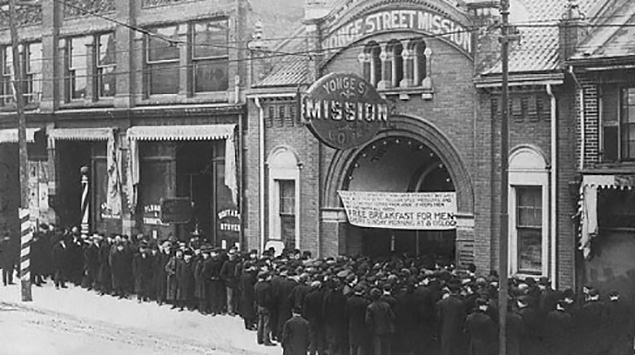 A food line at Yonge Street Mission in Toronto is pictured during the Great Depression. COVID-19 rules present a whole different picture for those in need, but those needs remain just as painful as they were in the 1930s. (Photo author unknown)

It lacks the pathos of the lines we might have happened upon in those old newsreels of people looking for help back in the 1930s.

There are not going to be a whole lot of folks sitting around together listening to a guy named Woody or Slim singing songs to provide a ray of hope.

And given the nature of the disease that has brought all the hardship and heartache marking so many of our lives these days, that’s probably just as well.

So, unlike those Great Depression days, applications for help–government or otherwise–are likely going to be made alone now–pretty much in seclusion on a computer.

But being made they are–the result of a giant aid package Parliament passed in March. 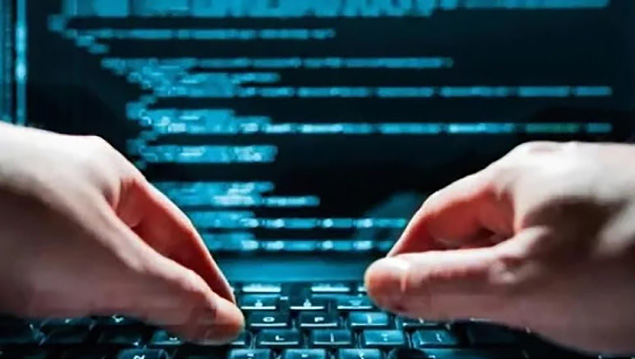 Millions of Canadians are seeking help to keep going. (CBC)

The Canada Emergency Response Benefit (CERB) offers people about $2,000 a month for up to 16 weeks.

Since March 15, the CBC’s Kathleen Harris reports, a total of 3.7 million claims have been filed.

They include Employment Insurance claims that will be paid out as the CERB for the first four months before EI payments kick in.

Harris writes that, according to Employment Minister Carla Qualtrough’s office, more than three million applications have now been processed.

And there are more to come as the program widens to include more people, many of whom were left out of the original legislation. 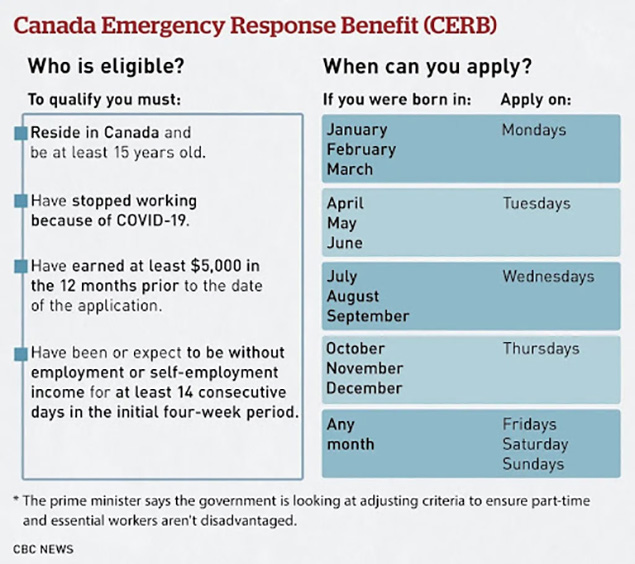 On Monday, Prime Minister Justin Trudeau said the program will expand– to include students, gig workers, contractors and volunteer firefighters who work 10 or fewer hours a week.

And, he said, there will be support for people who work but make less than the $500 a week that CERB will be paying.

That list will include people such as home care workers and people caring for vulnerable seniors in long-term care facilities.