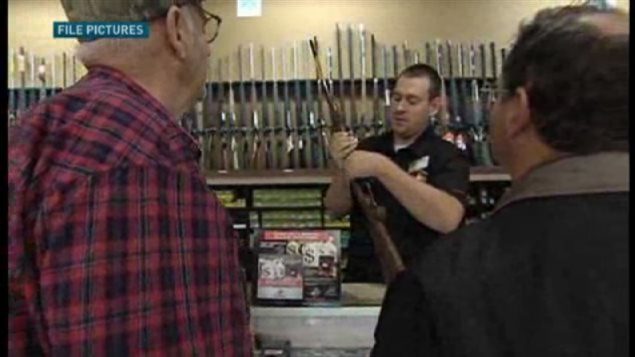 In Canada, gun stores won't even let you hold a gun unless you present a valid gun licence. Getting a Possession and Acquisition Licence (PAL) in Canada is a long, complicated and costly process and personal protection as a reason for a PAL will result in a rejected application. *CBC News)

In the 2011 movie “Contagion” society broke down in the face of a pandemic.  A very similar pandemic is now sweeping the world but unlike the movie nothing like the societal breakdown has occurred at least not in this country.

With the current pandemic, media were quick to report a spike in gun sales in the U.S, and in Canada.

Canadian gun control advocate, Heidi Rathjen, said the increase in sales in this country showed the Trudeau Liberal government had lost an opportunity to implement bans and gun buybacks promised in their election campaign. The promise was based on statistics cited by the government of a substantial increase in gun crime between 2013 and 2017.

That statistic, however, was highly criticized by firearms owners and statisticians as being “cherry picked” to justify the Trudeau government promises.  A CBC report subsequently noted the general trend in firearms homicides was in fact decreasing and the Liberal’s use of the 2013 statistic was “selection bias.”  In fact the most recent statistics available show that the next year, 2018, firearms homicides were down by eight per cent.

As for the current pandemic and gun sales, Rathjen was quoted in the CBC saying, “Assault weapons and panic-prone individuals in the midst of a pandemic are a very dangerous mix. Indeed, you do not want to introduce guns designed for mass killing in a context of generalized high anxiety, with fears of economic meltdown and potential food shortages”, adding online sales of regular hunting firearms and ammunition is one thing but “it is quite another to allow continued sale of military-style assault weapons in such a volatile context.”

Firearms owners advocacy groups point out that actual assault rifles are widely accepted to mean having full automatic-fire capability and large capacity magazines, both of which have been banned in Canada for decades. 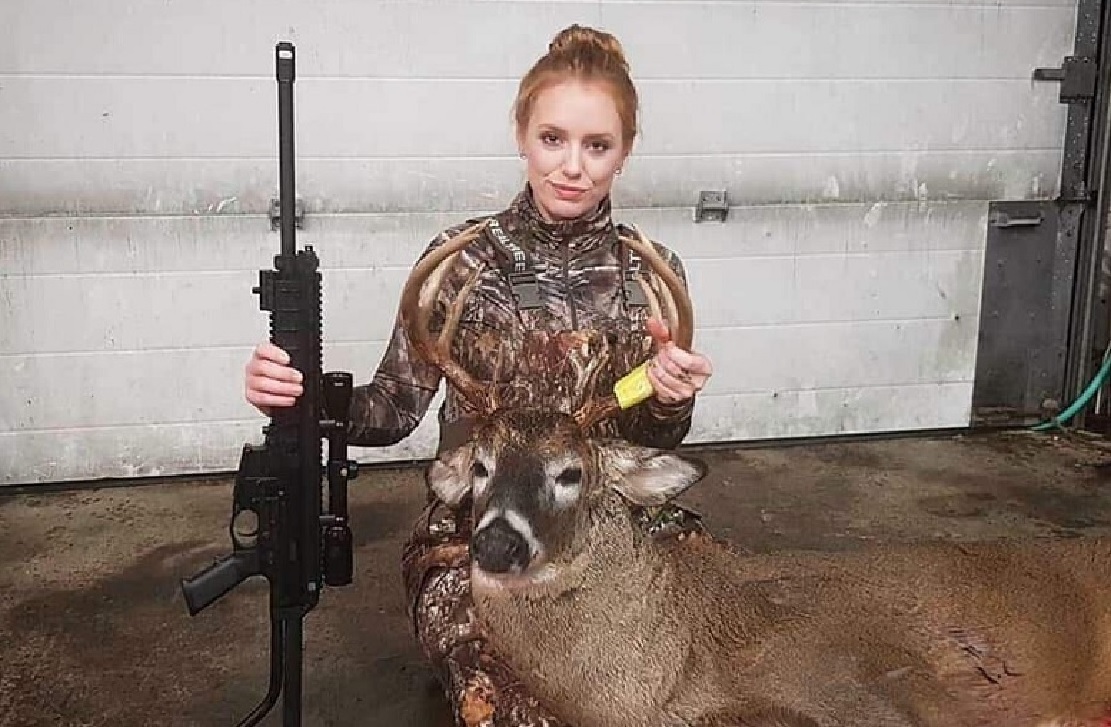 Hunters and sport shooters say modern sporting rifles are deliberately mislabelled as ‘assault rifles’ noting the 100 year old semi-automatic technology has been improved to make them lighter and more reliable for hunting and target shooting, and in Canada magazines are limited to only 5 rounds. (CCFR)

Panic? Not in Canada

The concern over “panic” in society seems unfounded, apart from the panic buying of toilet paper which created shortages across the country. Instead, orderly lineups with appropriate distancing between people are a common sight at grocery and other businesses still open. Indeed, instead of falling into chaos, it seems that in Canada, violent and other crimes have actually seen a general decrease in most categories. 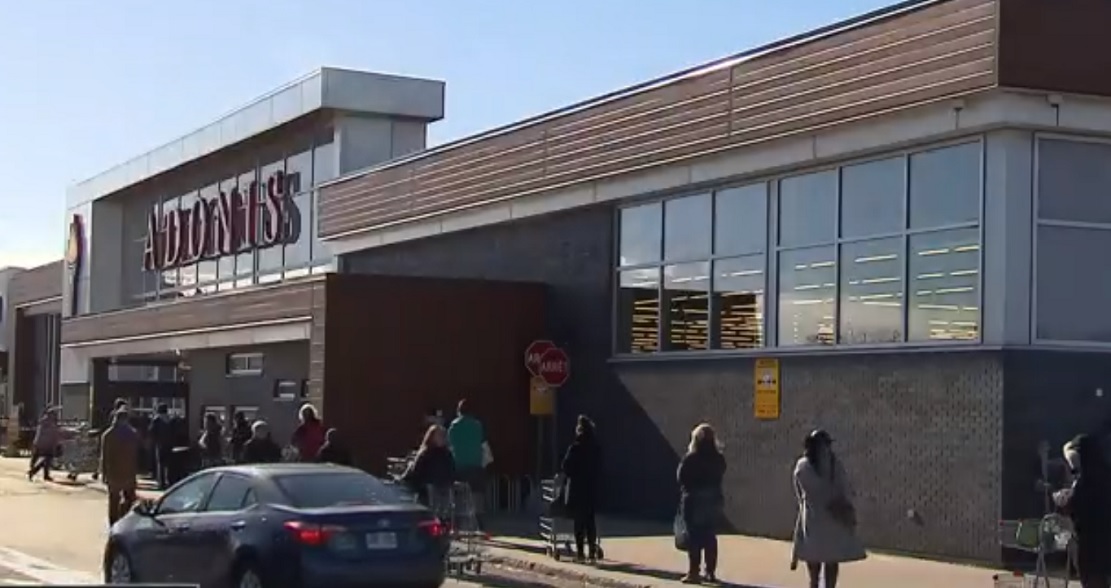 In Canada, rather than panic, citizens have almost universally accepted the restrictions such as orderly lineups practicing social distancing while waiting for their turn to enter still open businesses which must limit the number of customers inside during the pandemic. ( Radio-Canada)

A PostMedia inquiry showed York region police in the densely urbanized greater Toronto area report their work has slowed. With so few cars on the road as a result of the pandemic, general traffic violations and impaired driving is down considerably. The traffic free roads, however, have resulted in an increase in speeding tickets. Property crimes are down, but as in other cities break-ins at stores closed due to the pandemic have increased.

Toronto Police Services (TPS) for their part report no “panic” as crime generally has decreased. The TPS web page as of Apr. 6 notes, “ While it is far too early to make any determination on possible crime trends during this time, we do know that since March 16, 2020, our weekly statistics show a decline in all major crime categories (except homicides, which have remained stable). This could be attributed to social distancing and self-isolation since most of these crimes are against people (assaults, robbery), but even crimes against property (auto theft, break-and-enters) have dropped.”

While in the U.S., the increase in gun sales are reported to be related to concerns about protecting oneself and personal safety, that is not the case in Canada. Blair Hagen is a board member of the firearms owners advocacy group, the National Firearms Association. He says  except in extremely rare and very specific cases, anyone indicating “self-defence” as a reason for seeking a firearm is almost a guarantee to have their application rejected by the Canadian Firearms Program. 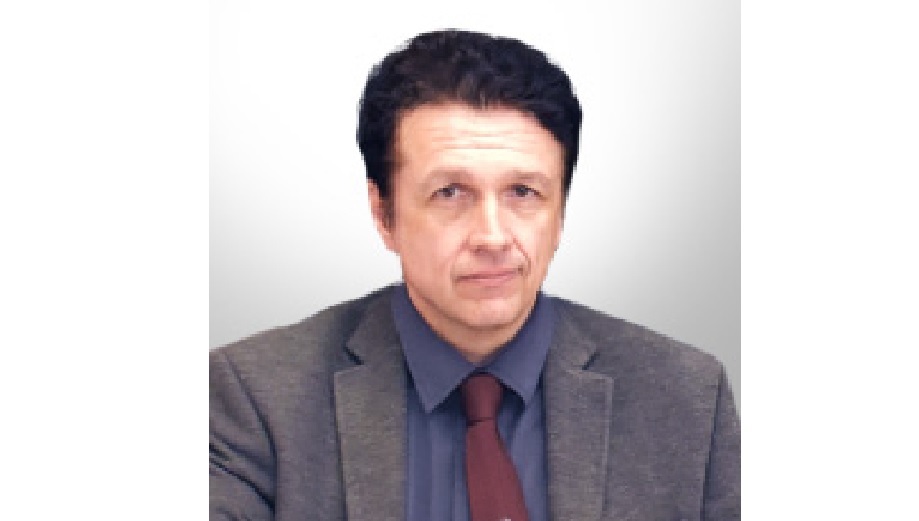 Blair Hagen says the average Canadian is wildly misinformed about gun laws in Canada He says in relation to the COVID-19 situation, many who came into the store where he works seeking information about buying a gun where shocked to find they would have to go through a long costly process of months of police checks, interviews, safety courses etc first. ( National Firearms Assoc)

The Canadian Press reports an increase in sales in Canada is tied to different reasons. Most firearms and ammunition are imported from the U.S. and Europe and require detailed import and export approvals. There is a feeling that with the virus and various shipping and production issues coupled with a slowdown in government bureaucracy due to absences and other effects of the virus, shipments may take months to arrive. This could result in shortages and price increases in Canada for target shooting and hunting season in the months to come.

David MacDonald of Alberta is an example of a buyer joining in the increased sales at a big box sporting chain. Quoted by the CBC he said, “I went in because I heard they were selling out, and the one that I wanted was on sale.” He ended up buying the Winchester shotgun to use for hunting and skeet, but didn’t get all the ammunition he wanted because some of it was already sold out by March 24.

Wes Winkel is head of the Canadian Sporting Arms and Ammunition Association which represents Canadian retailers, distributors and manufacturers. Quoted in the Canadian Press he said arms and ammunition supplies take the longest to replenish and “people know if they don’t get stuff and the supply chain is being depleted, they’re going to run out quickly.”

While some stores in Canada had reported an increase in sales, others had reported no real increase, but in either case sales can only be made to customers who already had their licence.

For Canadians who sought to buy a gun but didn’t have a licence, Hagen who also works in a gun store, says they are generally shocked to learn of the long complicated gun ownership process in Canada. This involves mandatory classes and tests, police background checks and interviews with spouses, exes, and friends, and a very lengthy time delay of up to several months. There is an even more stringent process for acquiring a “restricted” firearm such as pistols. 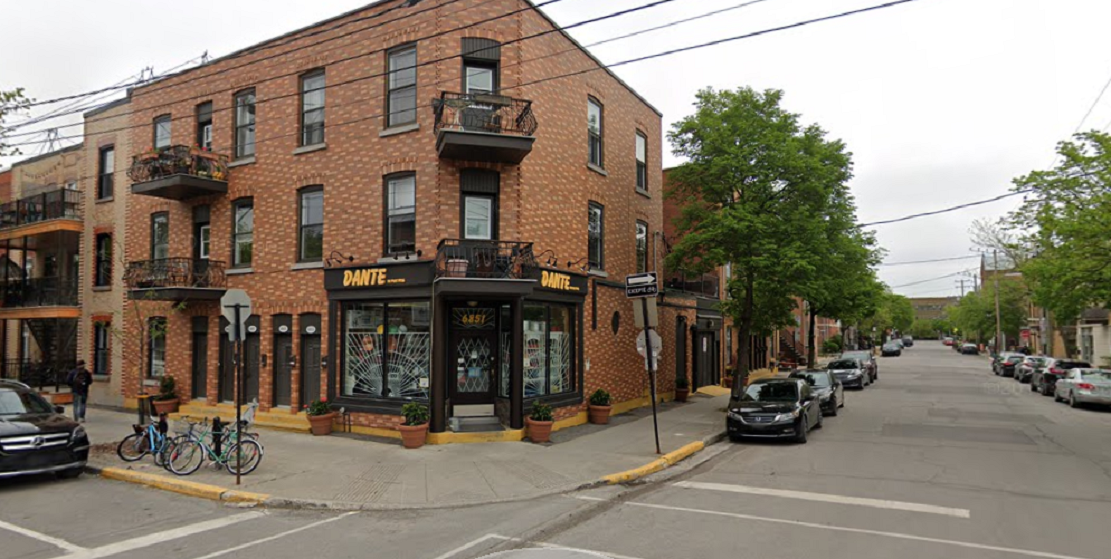 ‘Dante Hardware’ in the heart of Montreal is a very popular gun store and kitchen supply retailer. Like almost all gun stores, it is now closed to the public as part of the COVID-19 emergency rules, Only online sales are taking place (Google Streetview)

After a short-lived increase in sales in Canada, firearms sales have slowed to a trickle as most shops have been closed under various emergency measures across the country as ‘non-essential’ businesses. While some sales continue online for those already licensed, no new licences are being granted as the mandatory classes have also been stopped as part of the COVID-19 reduction measures.

Meanwhile, the head of  firearms owners advocacy group the Canadian Shooting Sports Association (CSSA) says gun sales should not be a worry but something else might be. Judges have been releasing suspects of violent crime back into society over fears they might catch or spread COVID19 if kept in jail. CSSA head Tony Bernardo says criminals have a track record of hurting people, Canadian firearms owners don’t.

A judge in Ontario at a bail hearing was quoted saying because of the virus, “these are extraordinary, dire times” before releasing a man accused of stalking his ex-girlfriend and shooting a bullet into her house. Though the Canadian legal system has also been slowed to a crawl by the pandemic, serious crimes cases are being heard, with several of the suspects being released on bail related to concerns over potential spread of the virus.

Benardo says of the situation, “Agenda-riddled doctor’s groups and anti-gun lobbyists should be far more concerned with the government’s release of suspected violent criminals into society than that of licensed, RCMP-vetted firearms owners buying firearms and ammunition in preparation of the upcoming hunting seasons, particularly during these times of uncertain supply.”