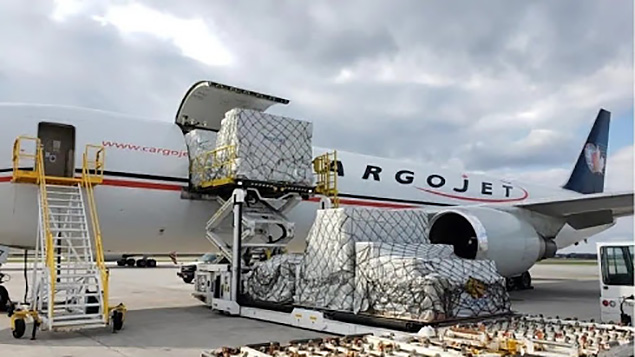 A Cargojet flight bearing tens of thousands of kilos of personal protective equipment landed in Hamilton on Saturday as part of a made-for-Canada plan to deliver to medical supplies from China to front-line workers across the country. (CargoJet/Twitter)

The quest for medical supplies to combat COVID-19 sure isn’t pretty, eh?

And how is Canada doing?

That’s what MPs were asking one of the officials responsible for bulk purchases of personal protection equipment, such as masks and gloves, on Wednesday, two days after CBC News reported that the federal government has set up a made-for-Canada plan aimed at ensuring that more PPE actually makes it from China to Canada. 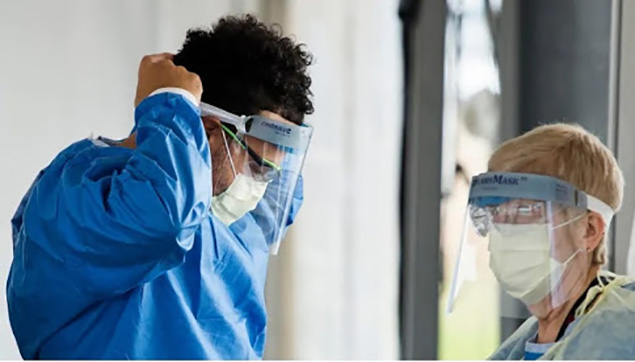 “It is no secret that we are operating in a highly competitive global environment, and this comes with challenges,” said Bill Matthews, deputy minister of Public Services and Procurement Canada, understating the task at hand.

“The entire world is scrambling to get the same materials from a finite number of suppliers, most of whom are located in China.”

As of Monday, Matthews said, millions of items had arrived from domestic and international suppliers, including:

Delivery, Matthews said, has started on other items, including about 20 million litres of hand sanitizer. 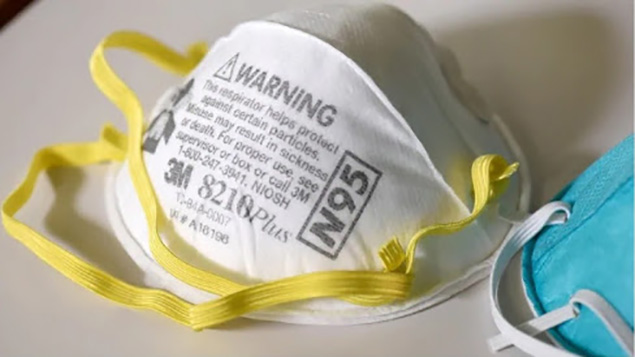 Canada has received 608,000 N95 respiration masks with more than 129 million still on back order. (Nicholas Pfosi/Reuters)

Matthews added that 17 million face shields are on order, with Canadian hockey equipment manufacturer Bauer filling part of that order.

“Limited availability of many of these products is resulting in buyers overbidding,” Matthews said. “Established orders are often redirected to those willing to pay the most.”

Canada, he said, is employing a three-pronged strategy to compete.

Matthews said Canadian officials are working day and night to make the plan work, with planes carrying supplies arriving from China “every couple of days.”

With files from Peter Zimonjic of CBC News