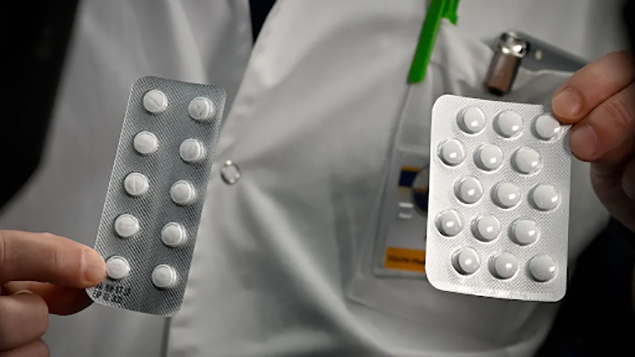 Health Canada has issued a strong warning against using the anti-malaria drugs chloroquine and hydroxychloroquine in treating COVID-19.(Gerard Julien/AFP/Getty Images)

Following the lead of their counterparts in Europe and the United States, Canadian health authorities have issued a warning against the use of anti-malaria drugs hydroxychloroquine and chloroquine to prevent or treat COVID-19.

“Chloroquine and hydroxychloroquine can have serious side effects. These drugs should be used only under the supervision of a physician,”  Health Canada said in a note posted on its website on Saturday.

Health Canada said the two drugs may cause serious side effects, including serious heart rhythm problems and it advised use of the two drugs only if prescribed by a doctor.

Over the past several weeks, U.S. President Donald Trump has repeatedly promoted hydroxychloroquine as a potential “game changer” in the fight against the virus, a view not shared by most health experts, including Canada’s chief public health officer, Dr. Theresa Tam.

But on Friday, the U.S. Food and Drug Administration also cautioned against the use of malaria drugs in COVID-19 patients.

That warning followed a similar one last Thursday by The European Medicines Agency on Thursday.

Earlier this month, McGill University announced it would lead a study into the drugs.

There have been no results from that study.