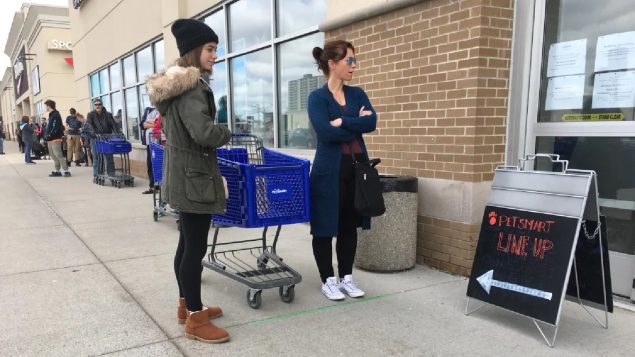 Custormers line up to await their turn to enter a store. Because of restrictions, may stores, manufacturers restuarants and other businesses have had to close, others have severely reduced staff to save money as sales have dropped off. A new wage subsidy programme will allow businesses to hire back staff with the government funding up to 75% of wages. Newspapers and media which have been struggling even before COVID-19 are waiting for further help. (Julianne Hazelwood-CBC)

COVID-19: Rush for emergency financial aid may be too late for some newspapers

As part of the effort to help cushion the financial effects of the various COVID-19 shutdowns, the federal government initiated a number of emergency funding programmes.

One is the  Canada Emergency Wage Subsidy which offers up to 78 per cent of a wage up to a maximum of $847 week per employee. The programme began this week and within the first hours there were a reported 10,000 businesses applying for help. Air Canada says it will rehire thousands of its laid off personnel thanks to this programme aimed at helping business.

The Canadian Federation of Independent Business, representing thousands of businesses across Canada says about half its members indicate they will likely apply for help. The government says money should start flowing May 7 and the wage subsidy is retroactive to mid March. Thus companies may start rehiring workers laid off. However if those workers had applied for the Canada Emergency Response Benefit, they will not be able to collect from both programmes and in some cases may have to return some money already received under the CERB programme.

The latest government figures says CERB, which is a financial aid programme for individuals out of work because of the pandemic, has so far paid out over $23 billion in payments to 7.28 million individuals.

Some of this new wage subsidy money is expected to go to the country’s newspapers and other media. This would come even as the media awaits a $30 million COVID-19 advertising campaign which would help replace advertising revenue lost because of the pandemic.

Much ‘typical’ Canadian advertising has migrated from Canadian media outlets to online sources like Facebook, Instagram and Twitter which are foreign owned and based, which had already hurt Canadian media prior to the pandemic.

Many say the money may come to late to save them.

Bob Cox is the chair of the Canadian News Media Association, an industry lobby group and publisher of the Winnipeg Free Press newspaper. He says revenues are down by about 50 per cent and the promise of aid “‘within week” is of little comfort. 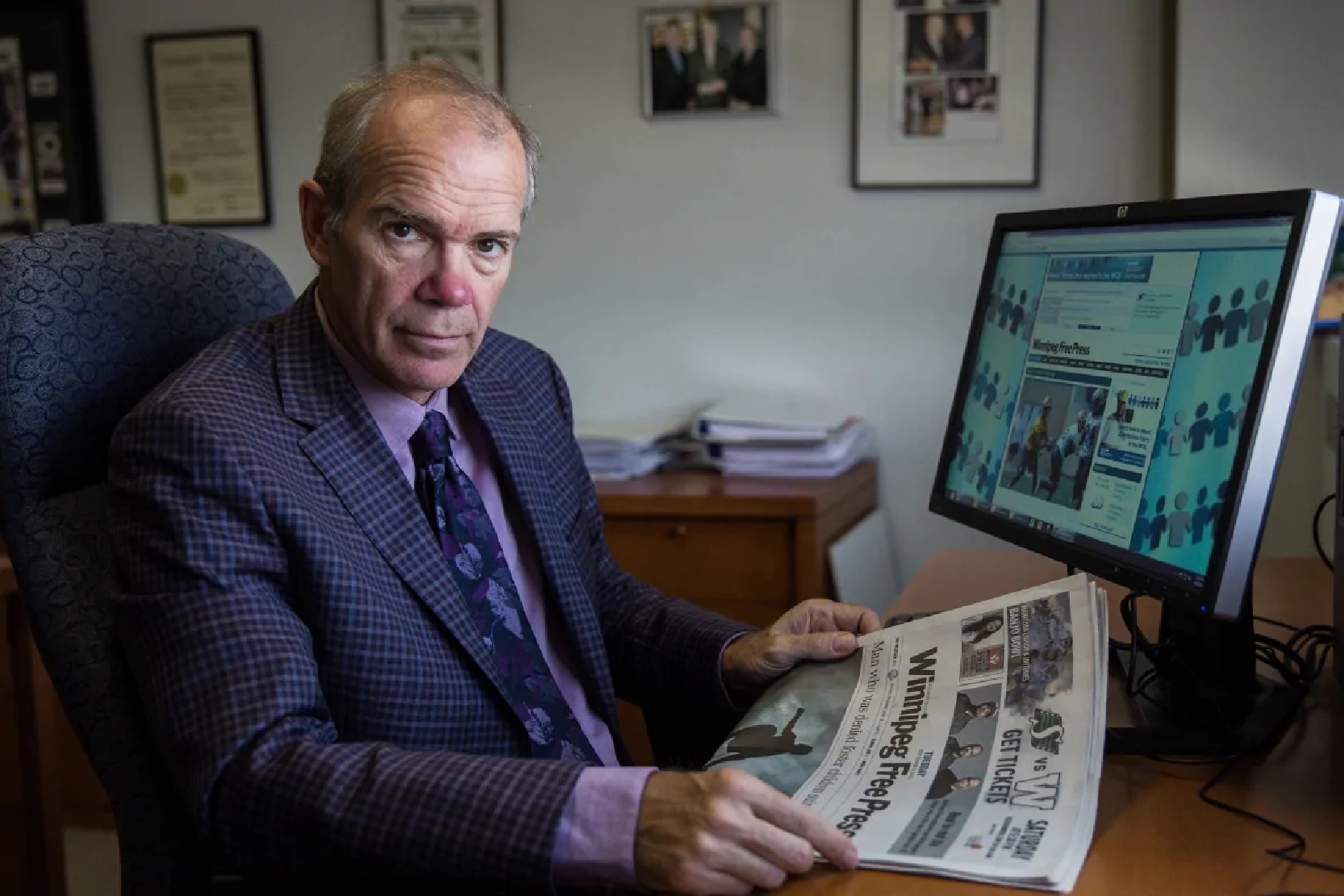 Bob Cox, publisher of the Winnipeg Free Press, says federal money may come too late to save some newspapers, Several had laid off staff prior to COVID-19, and now more staff have been laid off, with several outlets closing. (Winnipeg Free Press)

Quoted by the CBC he said, “That is a very long time to wait for the newspaper business when newspapers are closing almost every week”. He noted that the almost $600 million federal aid to newspapers and media promised two years ago hasn’t been paid, although many journalists and commentators were concerned about political interference that might be implied with such funding.

Meanwhile with the pandemic crisis, several small papers have closed in the Maritimes, several in Quebec now publish only on weekends, and a few outlets in Manitoba have closed.

Many publishers say what would help is for the government to force online giants like Google, Facebook and others to pay for the media content they now gathering and using for free.