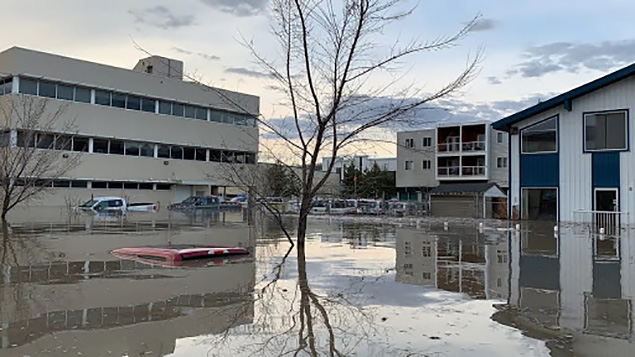 Images of downtown Fort McMurray show half-submerged vehicles in a community that was overwhelmed by flood waters this week. The good news: water levels in the nearby rivers continue to drop. (Axel Tardieu/Radio-Canada)

As waters recede, Fort McMurray braces for the aftermath

Battered emotionally and likely more than a little bruised physically by the flood that began to overrun their city last Sunday, residents of Fort McMurray are inching their way forward to face the consequences of natural catastrophe for the second time in four years.

The recovery will be neither easy nor quick, Mayor Don Scott warned Thursday.

“We don’t think this will be a quick recovery, just given the number of structures that are damaged. It’s basically the core of our downtown, including many, many businesses that are impacted.” 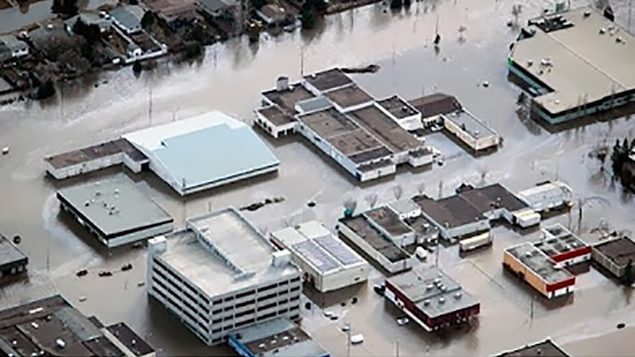 Downtown homes and businesses in Fort McMurray were swamped after an ice jam caused flooding in the Athabasca and Clearwater rivers. (McMurray Aviation)

Scott said 1,230 structures in the oilsands city of 67,000 people have been damaged, about half the number that were damaged during the massive 2016 wildfire that struck the city.

“We anticipate that we are going to keep people in hotels and camps for at least another seven days,” he said.

“Although if we can get people back home earlier, we’re certainly going to.” 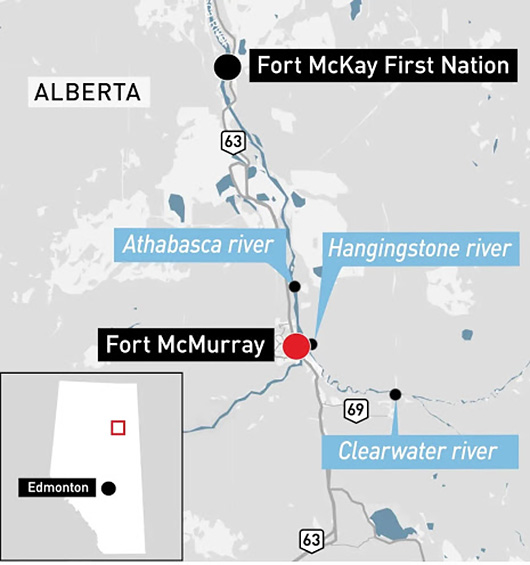 The nearly 13,000 residents forced to flee their homes now face the challenges that come in the wake of a natural disaster–with a new one in the mix.

When the go-ahead comes, clean-up efforts will be taking place in the shadow of the COVID-19 pandemic.

“To have the flood on top of what’s happening with COVID-19 is horrifying in some ways,” University of Alberta infectious disease professor, Dr. Ameeta Singh, told Global News.

“I’m very hopeful that any further spread of the virus can be mitigated.”

On Tuesday, residents received an exemption from physical distancing and other provincial health measures aimed at preventing the spread of coronavirus–a decision aimed at making it easier for volunteers and workers involved in sandbagging, pumping and other flood-prevention work. 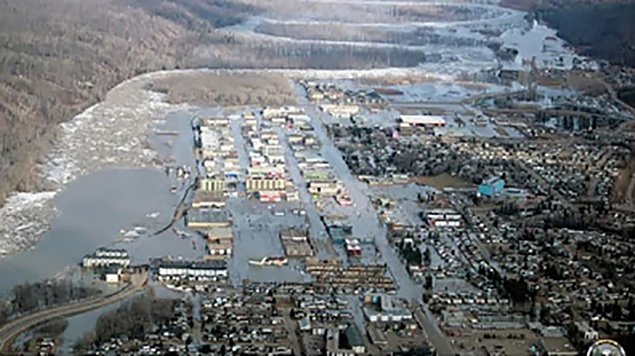 An aerial view of Fort McMurray taken from a helicopter on Monday as flood waters overwhelmed the community. (McMurray Aviation)

Financial relief for evacuees was announced by Premier Jason Kenney on Wednesday.

Insurance coverage is another matter since overland flooding coverage is not included in standard insurance policies.

“If you didn’t purchase the coverage, then insurance would not be available.”

Scott Davis, the municipality’s director of emergency management, says a team is working “around the clock” on a re-entry plan.

Davis, the CBC’s Wallis Snowdon reports, said businesses will be prioritized over homes to ensure returning residents have the services they need.

Electrical problems and sewage back-ups in flooded   buildings are a concern, Davis said. Inspections of all damaged properties will need to be completed first.

Ladies and gentlemen, place your bets.