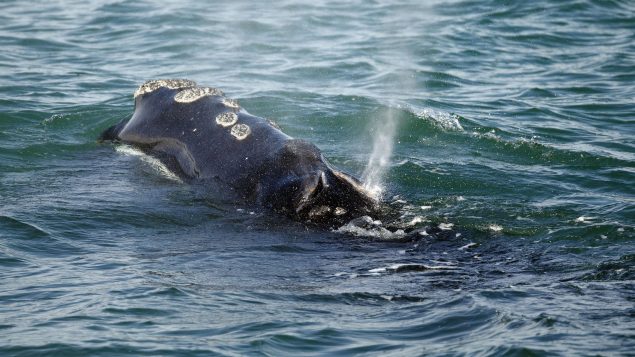 FILE - In this March 28, 2018, file photo, a North Atlantic right whale feeds on the surface of Cape Cod bay off the coast of Plymouth, Mass. (Michael Dwyer/AP Photo/File)

As bad weather hampers efforts to help three North Atlantic whales entangled in fishing gear in the Gulf of St. Lawrence, a group of Canadian environmental and conservation groups is calling on the federal government to introduce additional measures to protect the highly endangered cetaceans.

The deaths of giant marine mammals have prompted Ottawa to introduce several new measures designed to protect them, including further reduction of ship speeds in the area, increasing zones in which the speed restrictions will apply, increasing aerial surveillance and funding for initiatives to enhance marine mammal response.

“The fatalities in 2019 may be on a similar trajectory to 2017, when 12 whales were found dead in Canadian waters,” the statement said. “Continuing along this path will be devastating to right whales’ chance of survival. No one wants to see the crisis continue and additional actions are necessary.” 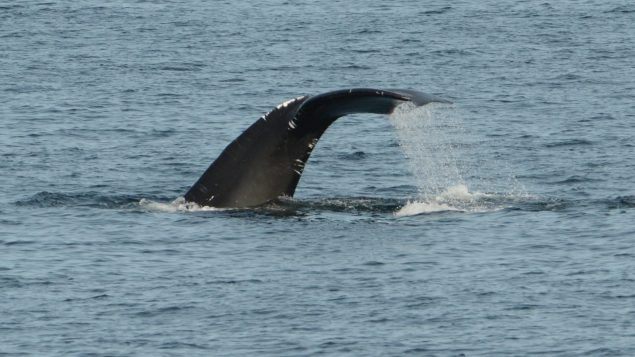 The statement also calls on the federal government to continue its massive aerial surveillance program and to strictly enforce speed restrictions for vessels by issuing maximum fines to those who break the speed limit and publish all convictions on the Transport Canada website.

According to recently released documents by the federal department of Fisheries and Oceans, whales in the buffer zone outside of the mandatory speed limit zone were at a potentially heightened risk because vessels increased their speeds before entering the slow down zone.

Transport Canada has reported 111 violations of existing speed restrictions, nine of which remain under review but so far no fines have been issued, the statement by the conservation groups said. 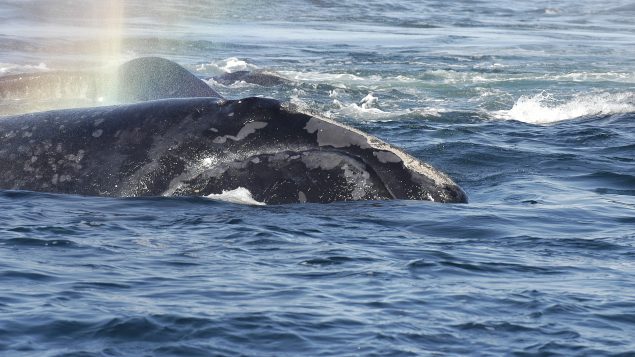 A 33-year-old adult male whale named Comet is seen on a photo taken on Sept. 13, 2009 in the Bay of Fundy. Comet, named so because of a long scar on his right side, was found dead Monday near New Brunswick’s Acadian Peninsula.
(Moira Brown/Anderson Cabot Center at the New England Aquarium)

In an emailed statement to Radio Canada International, officials at DFO said “the well-being of the endangered North Atlantic right whale population is of great concern to Canadians.”

The protection of the species is a top priority for the government, the statement said.

“We are committed to taking all necessary actions to help protect North Atlantic right whales from further harm, which includes continuing with our robust fisheries management measures in Atlantic Canada that were implemented for 2019, as well as the additional targeted measures DFO and Transport Canada announced on July 8,” the statement said.

The additional fisheries management measures include increasing the application of closures to fixed gear fisheries when a single whale is seen anywhere in the Gulf of St. Lawrence, increasing aerial surveillance, and moving forward with funding for initiatives to enhance marine mammal response, it added.