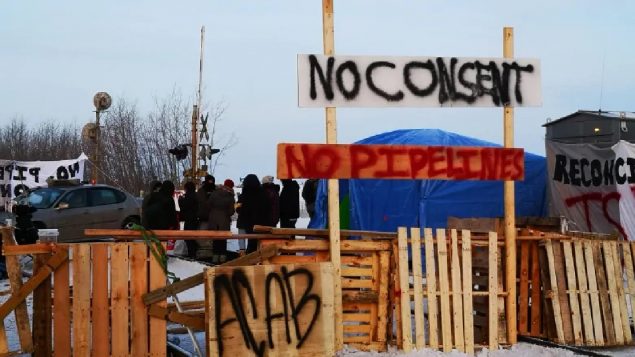 One of dozens of rail blockades which brought transport to a halt across much of the country and which were set up in solidarity with a handful of hereditary Wet'suwet'en chiefs in northern BC Their dispute was ostensibly about the environment and land right but apparently also about an internal power struggle in the northern B.C community.. This solidarity blockade was west of Edmonton in January. . (Craig Ryan-CBC)

Earlier this year a dispute over indigenous land rights and a gas pipeline caused dozens of road and rail blockades that caused substantial economic loss in Canada and made international headlines.

Although the gas pipeline company has signed agreements with all indigenous groups along the route in northern British Columbia, A small group of ‘hereditary chiefs’ were opposed to the deal which he elected band council had voted for.

The Wet’suwet’en have a mixed governance system of hereditary and elected chiefs. A small group of the hereditary chiefs were opposed to the pipeline, while the others and elected council were in favour.

To end the weeks long conflict crippling the nation, the Trudeau government negotiated with the hereditary chiefs in a memorandm of understanding (MOU) which would transfer jurisdiction over the territory to ‘traditional’ governance. The MOU was signed yesterday between the federal and British Columbia provincial governments and the hereditary chiefs. 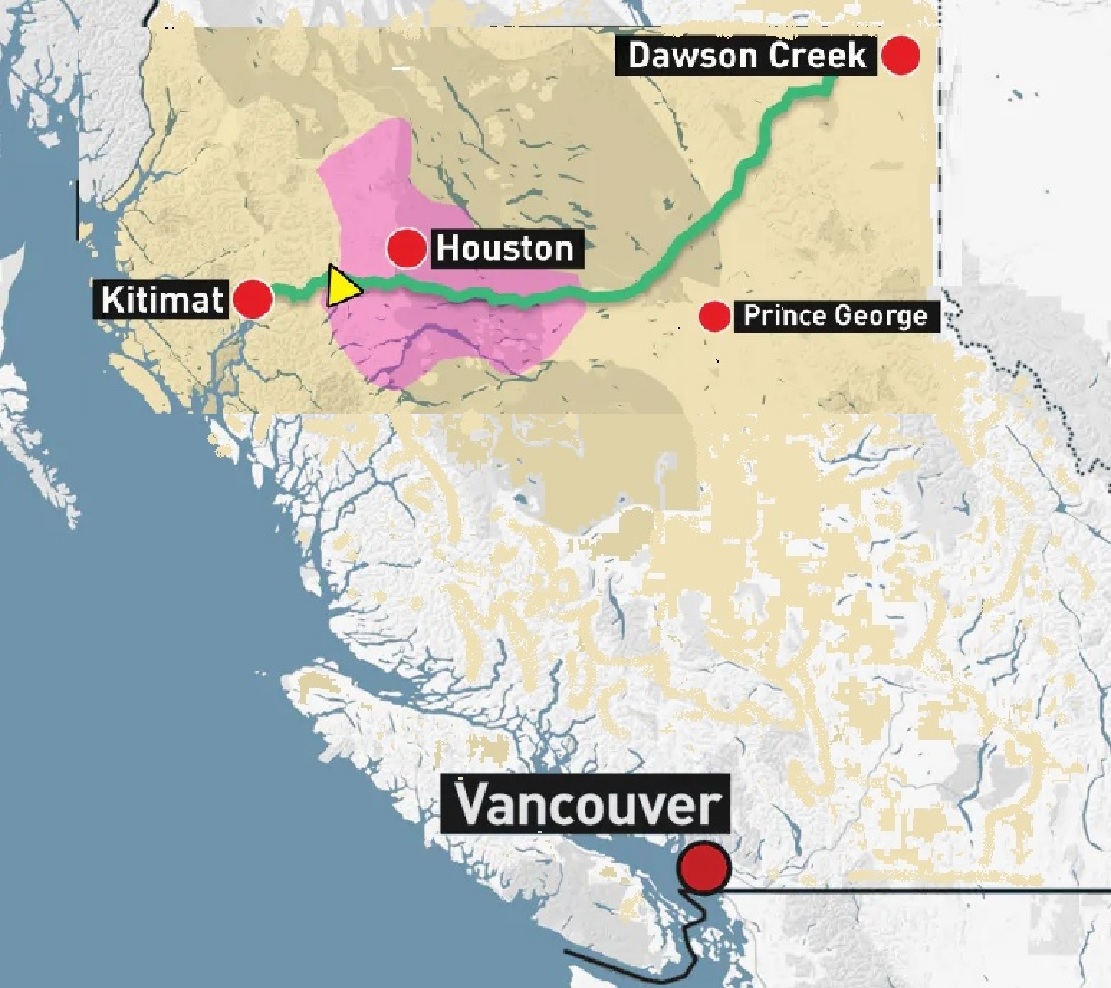 While Crown-Indigenous Affairs Minister Carolyn Bennet called it an important first step in negotiations, it seems however that has only widened the gulf and power struggle between the elected band and the group of hereditary chiefs while also not really resolving the issue of the pipeline crossing the Wet’suwet’en territory.

The elected council has repeated their call for Bennet’s resignation saying she negotiated in bad faith by excluding them.

Theresa Tait-Day, a hereditary sub-chief says the government failed to ask the Wet’suwet’en what kind of governance they wanted and instead allowed negotiations to be hijacked by the handful of hereditary chiefs seeking Ottawa’s support to secure their authority over the community.

She says five hereditary chiefs had removed the title of two female hereditary chiefs who disagreed with them. Quoted by PostMedia she said, ” The boys wanted to have the authority to make decisions for the entire nation without a proper governance structure in place. They want to be the ultimate decision makers.”

The deal sets a timeline of 12 months for further negotiations over to work out Crown and aboriginal jurisdictions over land and resources.

In repeated calls for Bennet’s resignation, rejected by Prime Minister Trudeau, the elected chiefs said “ We absolutely reject the characterization that this is nothing more than a framework for a path forward,” adding that the MOU was a “reckless negotiation process with predetermined outcomes”.

The elected chiefs are now in discussion with legal counsel with a view towards possible legal action.

The gaslink, an approximately $6.6 billion project would bring natural gas from the B.C interior to a $40 billion liquefied natural gas (LNG) plant now under construction at Kitimat B.C.