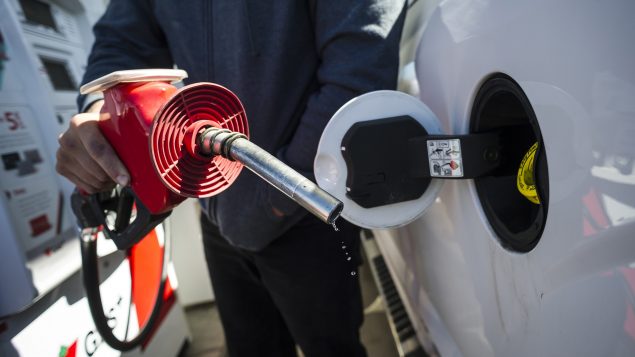 A man fills up his truck with gas in Toronto, on Monday April 1, 2019. Statistics Canada said the consumer price index (CPI) for April 2020 fell 0.2 per cent compared with a year ago as gasoline prices plunged by 39.3 per cent, the largest year-over-year decline on record. (Christopher Katsarov/THE CANADIAN PRESS)

The annual inflation rate in Canada dipped into negative territory in April as the economy came to a halt in the first full month of the pandemic, the national statistics agency reported Wednesday.

Statistics Canada said the consumer price index (CPI) for April fell 0.2 per cent compared with a year ago as gasoline prices plunged by 39.3 per cent, the largest year-over-year decline on record.

The clothing and footwear component fell 5.9 per cent on a monthly basis in April 2020, the largest monthly decline in that component on record.

The overall drop was the first year-over-year decline in the CPI since September 2009.

However, despite the overall decline in the inflation rate, Canadians paid more for food in April.

As consumers stocked up on toilet paper and cleaning supplies, the prices for those items also rose by 6 per cent and 4.6 per cent respectively. The increase in the price for the toilet paper was the largest on the record, Statistics Canada reported. 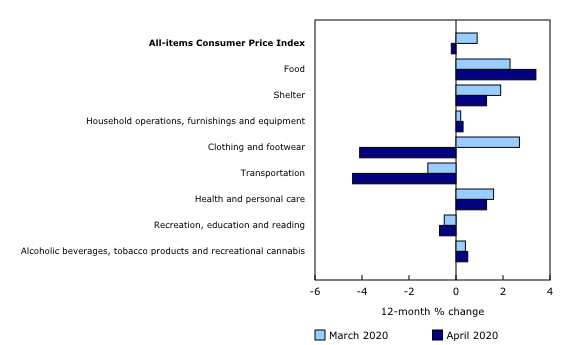 Toronto-Dominion Bank economist James Marple said the data clearly shows that although sectors hit hard by COVID-19, such as hotels and clothing stores, were forced to slash prices to grab whatever customers they could find, on the whole the numbers don’t suggest Canada is facing long-term deflation.

“While we would caution against placing too much emphasis on the stability in core measures given the difficulty price collectors had in April (and the need to extrapolate prices for items that they could not measure), the fact remains that outside of the most impacted sectors, price growth remains positive,” he said.

And the biggest factor dragging down the inflation rate was the huge plunge in gasoline prices, which are already showing signs of heading back up.

“With activity slowly normalizing through May, the biggest of the price declines are likely in the rear-view mirror,” Marple said.