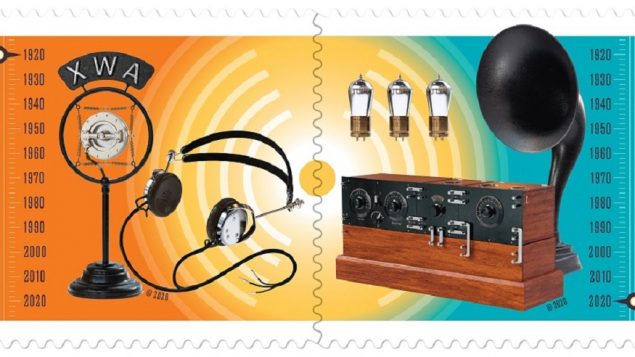 Celebrating  a centennial of radio May 20, 1920: Canada Post stamp

It was a marvelous and thrilling event in its time. Distinguished members of Canada’s Royal Society gathered at the equally prestigious Chateau Laurier Hotel in the national capital Ottawa for a unique event, possibly the world’s first such event. None other than the Prime Minister himself, Robert Borden, was also in attendance.

A broadcast with the recent invention of radio had been scheduled. On the evening of May 20,1920 soprano Dorothy Lutton stepped up to the microphone.

While the amazed audience listened, she began to sing from about 200 kilometres away in the ‘studio’ of Montreal station XWA, although it was more like an electronics lab in an office room than what we would call a studio today.  The Americans might claim the first scheduled radio broadcast was from Pittsburgh station KDKA, that wasn’t until months later in  November.

Canada Post is honouring that memorable date with a new stamp released on this 100th anniversary. 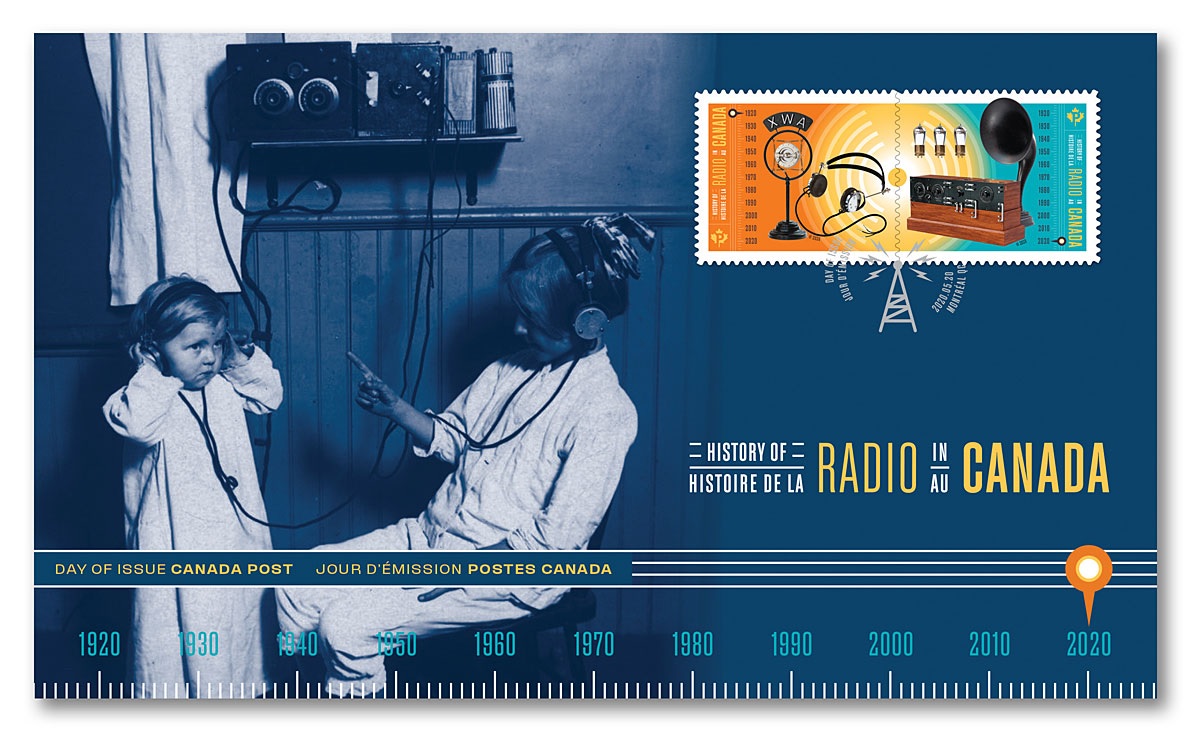 During the preceding years, several small stations including XWA and KDKA in the U.S. and other stations around the world had been broadcasting experimentally, mostly tests to determine range and quality and work on improvements.

In the case of XWA, a Marconi station, it was also to sell Marconi products. Although these 1919 evening broadcasts were not ‘scheduled’,  sales of Marconi phonographs and records  and receivers were helped playing records and announcing weather forecasts and ‘commercials’.  This was done through an arrangement with a local  store in return for promotion of the store, thus also becoming the first “sponsored” programmes. 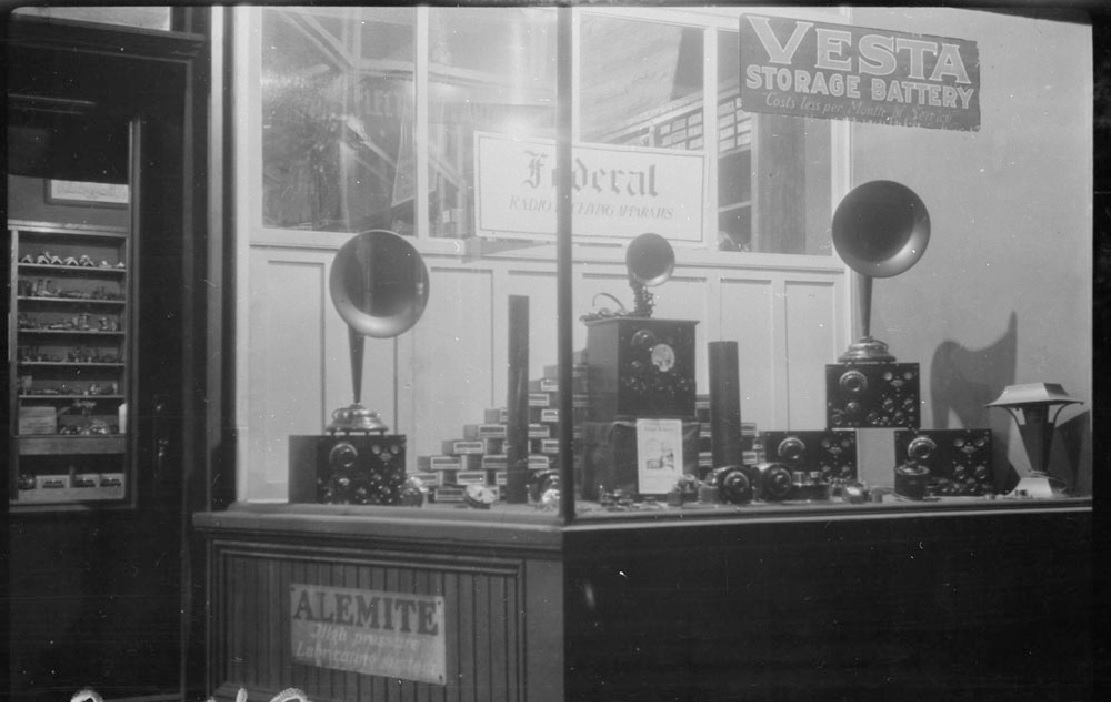 However, in December 1919, Canada had another first, the first of many broadcasting firsts.  XWA was the world’s first station to get a government approved commercial licence.

From those early beginnings, radio blossomed in Canada with new stations sprouting up, 34 across Canada within two years alone, and by the end of the decade, some 300,000 receiving sets of this new technological wonder had been sold all across the country.