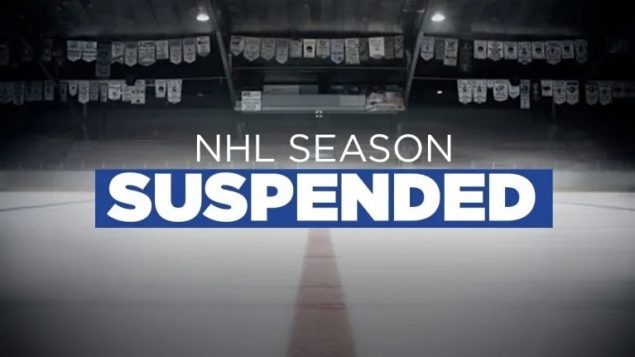 The NHL season was suspended until further notice on March 12. It remains suspended as the league and its players struggle to find a way to resume play. (CBC Sports)

Well, let’s see how this (ahem) plays out.

The National Hockey League (NHL) has released a document detailing Phase 2 of its return-to-play plan.

When that return to play — for real — might come remains anyone’s guess.

The league suspended play March 12, and is still in what it calls Phase 1 of its shutdown, as players remain under league-mandated quarantine.

Phase 2, announced Monday, includes protocols for travelling to club cities, testing, opening practice facilities for small voluntary group workouts on and off the ice, and the wearing of personal protective equipment when entering and leaving club facilities.

It does not include any dates or guidelines around training camps or the resumption of the 2019-20 campaign.

“It has not yet been determined when precisely Phase 2 will start or how long it may last,” the 22-page memo read.

“We are continuing to monitor developments in each of the club’s markets, and may adjust the overall timing if appropriate, following discussion with all relevant parties.” 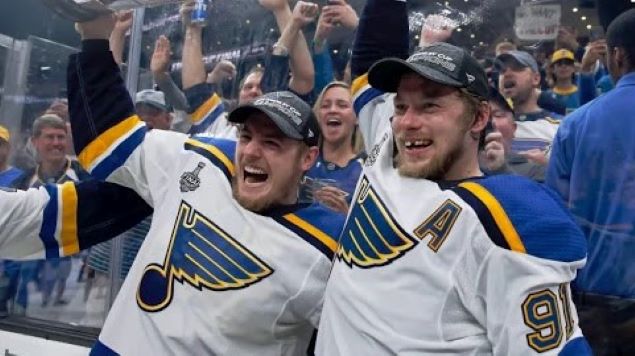 St. Louis’ Ivan Barbashev, left, and Vladimir Tarasenko celebrate after the Blues defeated the Boston Bruins in Game 7 of the 2019 Stanley Cup Final. There will be no Cup final this June. (THE ASSOCIATED PRESS/Michael Dwyer)

On Friday, player representatives from all 31 teams voted to continue negotiations over a 24-team return-to-play format — a big step in the league’s effort to bring the game back and ultimately crown a Stanley Cup champion.

Below are some of the key guidelines released Monday:

The final two phases of the return-to-play protocol — training camps followed by a resumption of game action — were not mentioned in the memo.

With files from The Canadian Press (Joshua Clipperton)