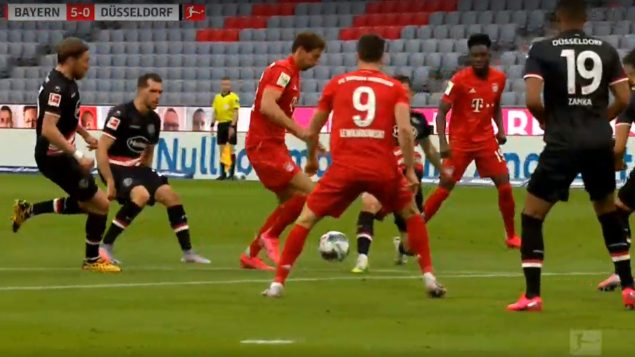 Pro sports events are slowly resuming in many countries. The German Bundesliga has restarted, but playing to empty stadiums. The play seems as fierce but the silent stands are'strange' . Hever Bayern routed Dusseldorf with Edmonton's Alphonso Davies and his Bayern Munich teammates continue to dominate. ( via CBC sports)

With the coronavirus shutdown almost all sports, professional and otherwise, ground to a quick halt in early March.

This has meant a huge loss to the industry and to national, regional and local economies in the billions of dollars as it involves everything from television advertising, the owners, the players, small concession stands, merchandise producers and sellers, and so on.  There’s been a clamour for pro sports to resume, but there’s also the issue of how to do so without spreading the virus.

The main solution to sports that are now starting to resume is to play without the presence of fans in the stadiums as has been the case for a couple of weeks in such places as S.Korea.

As these issues are resolved, sports are slowly returning. 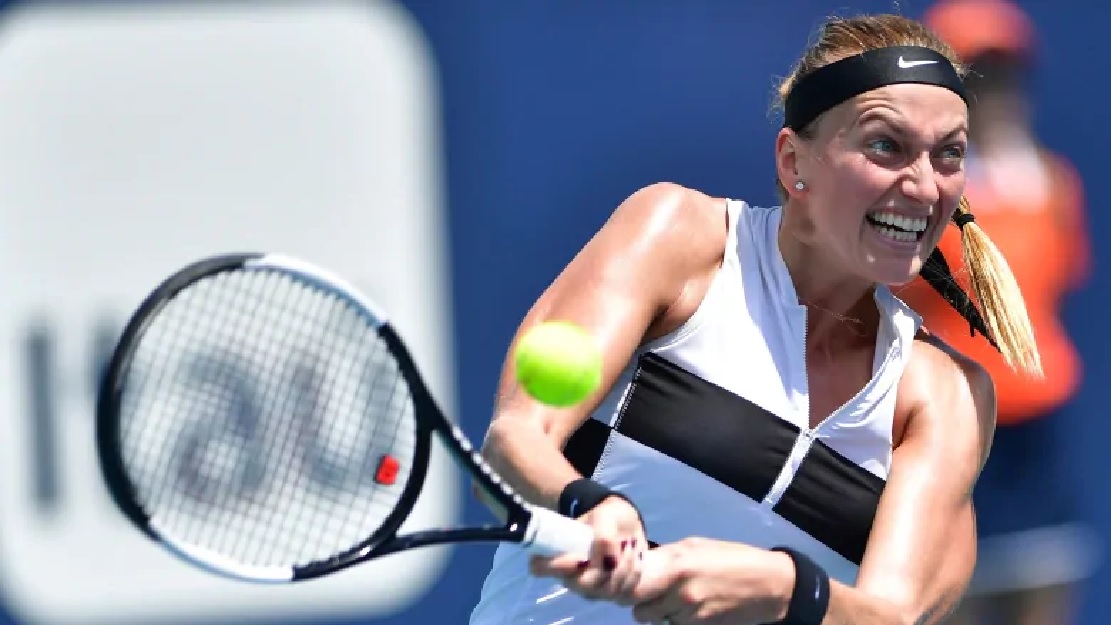 Czech player Petra Kvitova shown here at Miami in 2019. She just won an exhibition tournament in Prague but said it was “weird” playing without fans. ( Jim Rassol-AP)

Pro tennis, like other sports stopped in early-March, but a pro match was held in Prague exhibition tournament last week, Winner Petra Kvitova quoted by Reuters said, “playing without fans was weird”, adding “We hit some unbelievable winners and nobody was clapping, so it’s been really tough.But on the other hand it’s nice to have the game-feeling again”. She also noted another virus-related oddity, ” I didn’t know we couldn’t shake hands after the match. It felt such an ungentlemanlike thing”.

Tennis isn’t quite back yet though. Wimbledon was cancelled, the French Open postponed until September, while the U.S Open remains in doubt with a decision yet to come.

NASCAR is back though with some races already run last month. These races, hugely popular in the U.S. were usually the site of massive ‘tailgate” events outside the tracks where fans would almost camp out to party before races.  Without the fans, large numbers of whom were “fanatics”, it will be another odd event. Kevin Harvick who won the race at Darlington Speedway in South Carolina on May 17 was quoted by NPR saying,’  “it’s dead silent out here We miss the fans.”. It’s another sport that is banking its survival on TV coverage until fans can return.

Formula 1 missed its Australian debut in March along with the ultra chic Monaco highlight with its harbour full of millionaire yachts and the French Grand Prix at the end of June has also been cancelled. However F1 will be returning, but also without the “circus” of fans. Austria will start with two races on July 5 and 12. 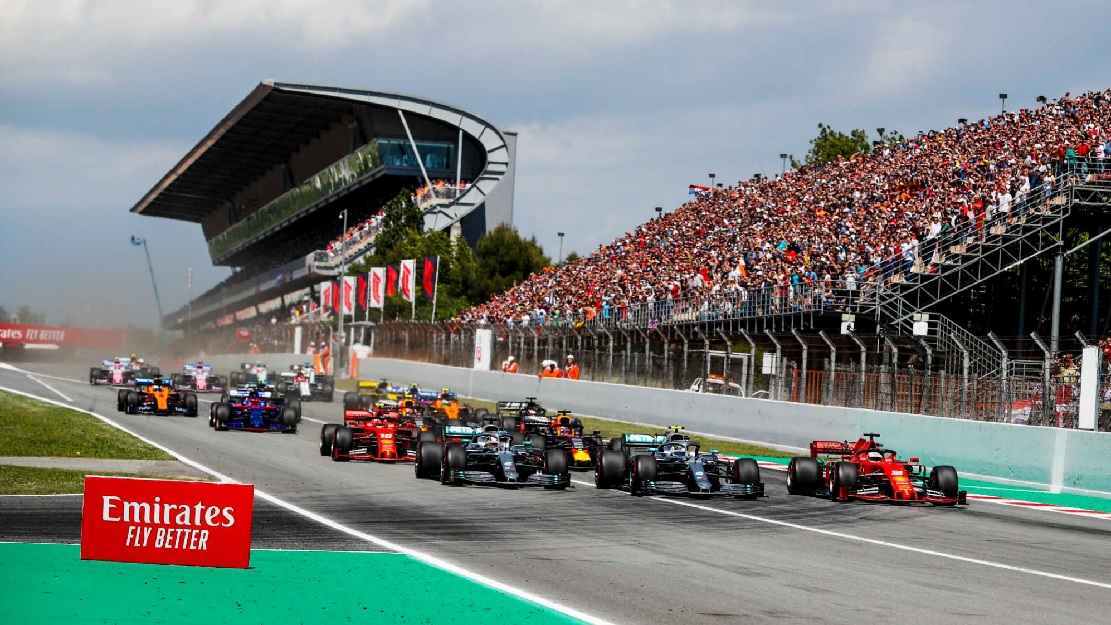 F1 has announced plans to restart in July but of course without fans. As in all sports being in the crowd live at event is a much different experience for both the atletes and spectators compared to watching on TV without the sensations of the event. (Formula 1)

Fi hopes to get several races in this season, with Silverstone in Britain getting the go-ahead to hold races followed by others at Hockenheim along with Spain, Belgium and Monza Italy and then to Asia and the U.S, ending in December in Abu Dhabi.

England’s Premier League, interrupted mid-season by the virus, is now set to resume on June 17. The first fixtures will see Man City vs Arsenal and Aston Villa vs Sheffield United. Full schedules will follow. The FA Cup quarter finals should resume at the end of June.

The Bundesliga in Germant has already held some 27 fixtures. but a critic in the Guardian news (UK) noted that without fans the ‘crowdless, noiseless and even passionless games means the season will not be a return to normaility. Football is certainly about skill, but there’s also no small amount of theatre and playing to the crowd, and without the crowd, the theatrical aspect fades.

Pro leagues in Poland and Russia will restart this month, with some fans in attendance, socially distanced so that only 25 per cent of seats are occupied in Poland, 10 per cent in Russia.

Major league baseball in N. America still has owners and the players association (MLBPA) in talks about the restart. Money is still the main issue with owners seeking concessions from the players, personal health and safety issues with a wide variety of concerns and hurdles to overcome are another including concerns over testing of personnel, use of steam rooms, ice baths and other shared services in the ballparks and a variety of other issues. Players returning from other countries however will not be required to quarantine for 14 days.  There is hope that the many outstanding issues can be resolved for a mid June training start and games to resume in July, If not, it may be August before the first games are played, and there’s still a chance the season may be cancelled.  Baseball is being played in S. Korea but to empty stadiums

The Canadian Football League (N.America style football) is planning on a September start although that’s not certain, If there is a start, the season may be pushed into December to allow as many games as possible. For the first and possibly only time, the Grey Cup final will be hosted by the team that qualifies for the Cup which also has the best record.

The CFL has also asked for financial help from the government to cover losses. Initially the 9-team league has asked for $30 million, but if the season is cancelled, the request is for an additional $120 million to keep the league afloat.

Canada’s Premier League football (soccer) was formed only last year and was to start this year’s season in April. has also asked for a bridging grant from the government of $15 million.