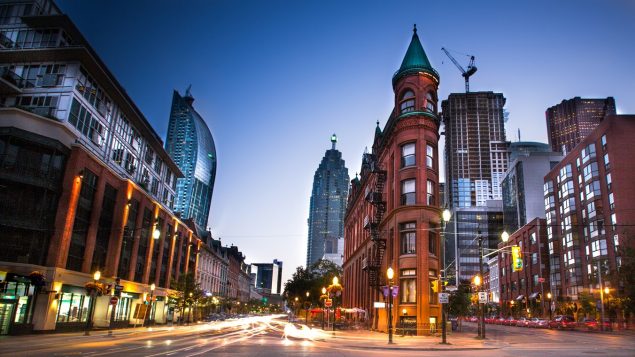 Toronto will allow restaurants and bars to expand their outdoor patios according to an announcement by the city’s mayor John Tory on Thursday, June 4, 2020. (iStock/Steven_Kriemadis)

The city of Toronto will make it easier for restaurants and bars to expand their outdoor patios to allow for social distancing, according to an announcement by the city’s mayor John Tory on Thursday.

As part of the program called CaféTO, the mayor said that restaurants and bars will be able to extend their patios to sidewalks in order to increase the amount of tables and customers that they can seat when restaurants begin to reopen their dine-in services.

“We are doing everything we can to help residents and businesses get through this terrible time,” Tory said in a press release. “CaféTO is one more example of a quick-start program that will bring vibrancy back to our main streets and help our hospitality industry and all those who rely on it.”

According to the press release, the city of Toronto will work with restaurants and bars that are approved to expand their patios and ensure that they are following cleaning and physical distancing requirements for the safety of the workers and customers.

It is currently unclear when restaurants will be able to fully open, but Tory said that it will likely be during the city’s second phase of reopening.

Yesterday, he announced that street vendors, food and ice cream trucks would be able to open during the summertime. In a press release, the city noted that it is important that residents visiting the food trucks remain two metres apart while waiting in line.

According to statistics from the city of Toronto, there have been 11,652 cases, and 845 deaths within the city,