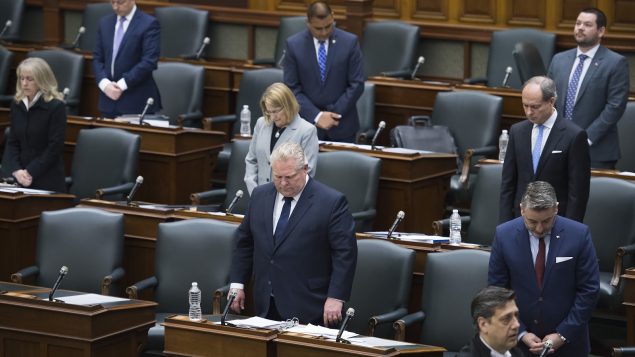 Premier Doug Ford, centre, and Progressive Conservative MPPs observe a moment of silence for those who have died from COVID-19 during the May 12 session of the Ontario legislature. On Tuesday, the legislature voted to extend the state of emergency in the province to the end of June. (Nathan Denette/THE CANADIAN PRESS)

Ontario and Quebec — where the vast majority of the over 7,000 people in Canada who have died from COVID-19 have come to rest — continue to try to find ways to do battle with the virus.

On Tuesday, Ontario extended its state of emergency to the end of June and Quebec shared details about its program to get 10,000 orderlies trained and ready to work in the province’s long-term care facilities, known as CHSLDs, by September.

Nearly two-thirds of the Quebecers who have died from complications of COVID-19 were residents of long-term care homes.

And right now, the government of Premier François Legault is looking for help from anyone, including immigrants he once shunned.

Legault said Tuesday job applications are pouring in, but things are not all sweetness and light in Canada’s macro COVID-19 hot spot.

Mayor Valérie Plante delivered a call to the provincial and federal governments to help cover a looming $500-million deficit as Montreal struggles to keep its public transit network afloat.

And a man who lost both parents to COVID-19 said he had joined a class-action lawsuit against the provincial government for mistreatment of patients at Quebec nursing homes. 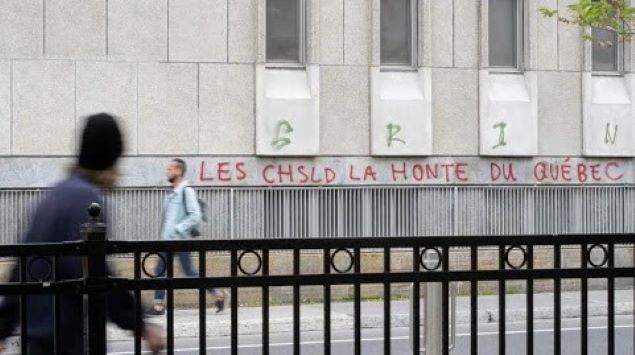 Pedestrians walk by graffiti that reads in French, “CHSLDs are the shame of Quebec.” On Tuesday, the Quebec government revealed the details of its plan to get more staff in the province’s long-term care facilities. (Ivanoh Demers/Radio-Canada)

Meanwhile in Toronto, members of the Ontario legislature debated for several hours Tuesday before voting to extend the provincial state of emergency until June 30.

Among other things, state of emergency measures ban social gatherings of more than five people who are not from the same household.

They also prohibit restaurants and bars from opening unless they are providing takeout or delivery.

The province first declared a state of emergency on March 17 as the number of COVID-19 cases in Ontario began to climb.

It has been extended multiple times during the pandemic. 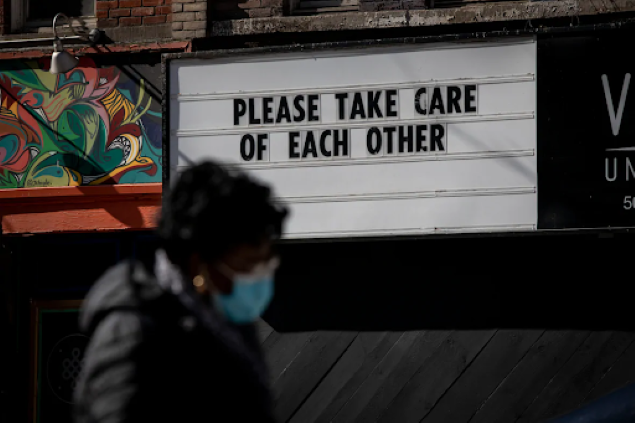 A state of emergency was first declared in Ontario on March 17. On Tuesday, the provincial legislature extended it another 28 days until June 30. (Evan Mitsui/CBC)

Tuesday’s vote came after the Ontario health ministry reported 446 additional cases of COVID-19, a number that represents a 1.6 per cent increase in total cases.

Ford has said the province cannot fully return to normal until there is a vaccine for COVID-19.

On Tuesday, he called on Ontarians to stay vigilant and prepare for the “long haul.”

Ontario launched the first stage of the province’s reopening in mid-May, allowing a number of businesses to reopen, including those with a street-front entrance, if strict guidelines were followed to ensure customer and employee safety.