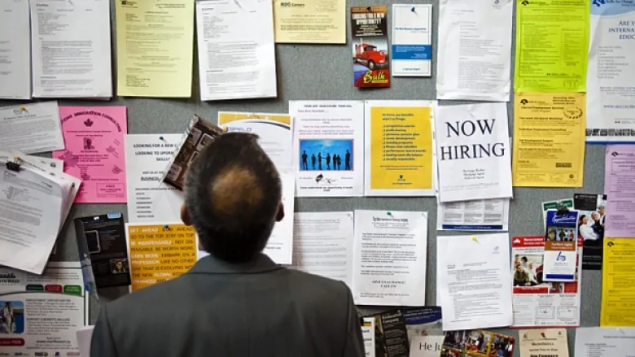 The Canadian economy showed signs of life in May, as 290,000 more people had jobs than in April. (THE CANADIAN PRESS/File)

New figures show Canada’s job numbers went up in May

How good the news actually is — and how long it lasts — remains to be seen, but new data from Statistics Canada will likely be a sight for a few sore eyes.

According to data from Statistics Canada, 290,000 people found jobs in May.

And the number of people who worked less than half their usual hours fell by about the same amount: 292,000. 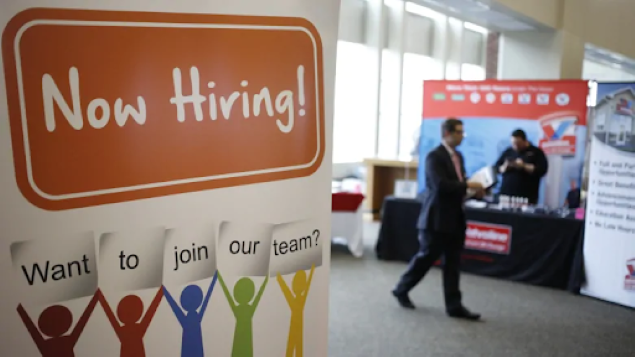 A photo from June of last year, when Canada’s jobless rate had fallen to its lowest level since 1976 — 5.4 per cent. Less than a year later, the rate was at 13.7 per cent. (Luke Sharrett/Bloomberg)

The rise was the best in one-month gain in Canada in 45 years — a dubious record, to be sure — given the low bar set by the enormous job losses in March and April.

The vast majority of the new jobs came in Quebec, which added 230,900.

Every other province added jobs, except Ontario which lost 64,500 positions. 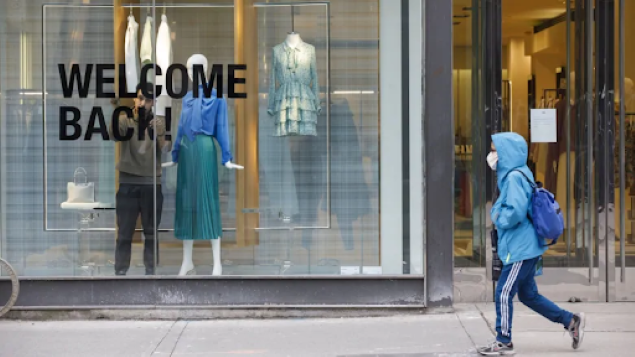 A worker displays a ‘Welcome Back!’ sign in the window of a store on Queen Street in Toronto. After two months of record job losses, Canada’s economy showed tentative signs of improvement in May, with 290,000 more jobs. (Cole Burston/Bloomberg)

CBC News’  Pete Evans reports that the job gains came as a pleasant surprise to economists, most of whom were expecting another drop.

The average expectation for the job numbers from economists polled by Bloomberg, Evans reports, was for a loss of about 500,000 more jobs.

But not all of them thought the numbers would plunge again–including Benoit Durocher at Desjardins, who predicted an increase of 400,000 jobs–noting that some provinces began to cautiously reopen in May.

Despite the jobs gained, Canada’s official unemployment rate rose to 13.7 per cent, as more people were looking for work, especially students. 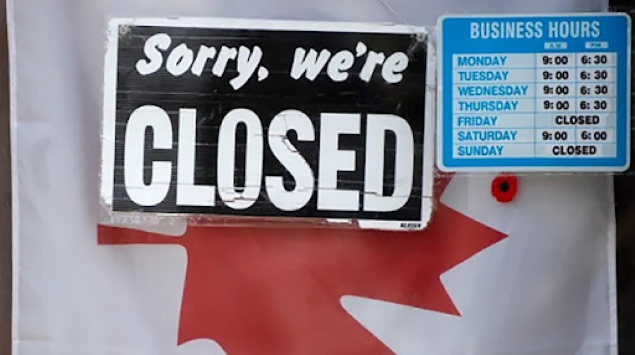 For comparison: The jobless rate in February–before the virus struck–was 5.6 per cent–increasing to 7.8 per cent in March and 13 per cent in April.

The employment numbers came a day after Statistics Canada reported that Canadian exports fell to their lowest level in a decade, while imports dropped to lowest level since 2011.

The April trade deficit widened to $3.25 billion from a revised $1.53 billion in March, Statistics Canada said.

That was larger than the $2.36 billion forecast by analysts in a Reuters poll.

Statistics Canada said the plunge was due to falling oil prices and the shutdown of factories and retail stores because of COVID-19, but said the reopening of most auto assembly plants may help trade in the coming months.

“We are really getting hammered with respect to cars and crude,” said Peter Hall, chief economist at Export Development Canada, told the CBC’s Thomson Reuters.

They showed retail sales falling 10 per cent to $47.1 billion, as non-essential businesses began shutting their doors mid-month due to the pandemic.

The March plunge was more than twice as bad as the previous record of 4.5 per cent, set in February 1998. 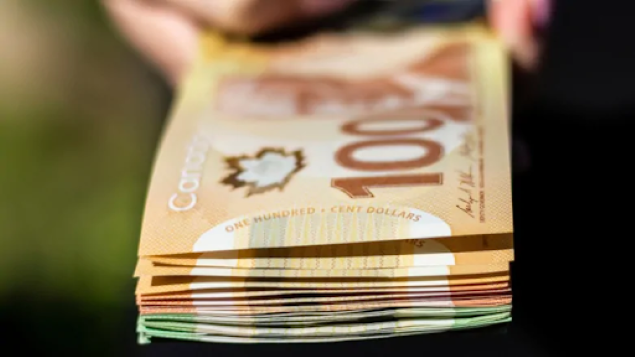 More than seven million Canadians have signed up for the Canada emergency response benefit (CERB), which offers temporary cash payments to people out of work because of COVID-19. The program appears to be contributing to a lower number of personal bankruptcies. (Stefan Malloch/Shutterstock)

And in something of an ironic twist, data released Thursday by the Office of the Superintendent of Bankruptcy Canada, the number of people filing for bankruptcy fell to a record low in April.

Some 6,700 people across the country filed for bankruptcy or made a formal proposal to their creditors in April.

That number was down by 43 per cent compared to April of last year, and it was the biggest plunge on record, dating back to 1988, and the smallest number of people filing for bankruptcy since at least 2007.

Rather, it suggests that people are doing whatever it takes to pay the bills for now.

“While more Canadians are now struggling with debt, their priorities during COVID-19 are paying for necessities,” bankruptcy trustees Doug Hoyes and Ted Michalos told Evans.