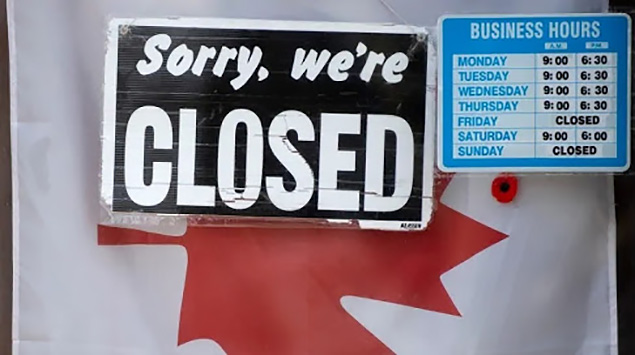 Statistics Canada reports that nearly 40 per cent of Canadian retailers closed their stores in March as retail sales took a record plunge. (THE CANADIAN PRESS/Adrian Wyld)

Retail sales in March set a record nobody wants

The numbers are in from just the first two weeks of Canada’s COVID-19 lockdown and they’re ugly.

Statistics Canada reported Friday that retail sales fell 10 per cent to $47.1 billion in March, as non-essential businesses began shutting their doors mid-month due to the pandemic.

The March plunge was more than twice as bad as the previous record of 4.5 per cent, set in February 1998.

And Statistics Canada says that a preliminary estimate for April indicates a 15.6 per cent drop for the first full month of the pandemic.

For comparison, Statistics Canada reported that retail sales rose in February for a fourth consecutive month, climbing 0.3 per cent to $52.2 billion, boosted by sales at motor vehicle and parts dealers and at general merchandise stores.

But March was another story.

About 40 per cent of Canadian retailers–some of them long-time giants and many of them for keeps–closed their doors as government lockdowns and physical distancing requirements set in. 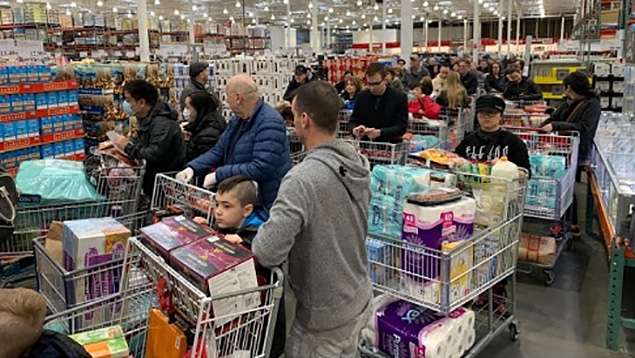 Shoppers stock up in Port Coquitlam, B.C. in March. Grocery stores were one of the few businesses to do well in a month made dismal by COVID-19 measures to combat it.  (Yvette Brend/CBC)

Record declines were also reported for clothing and clothing accessories stores and gasoline stations as they fell 51.3 per cent and 19.8 per cent respectively.

Other businesses that plummeted included:

Bank of Montreal Economist Benjamin Reitzes told CBC News that online selling was actually probably even higher because sales at U.S. retailer Amazon were not included in Friday’s numbers — even if the sale was made on the Canadian website, Amazon.ca.

“The record drop in March retail sales comes as a surprise to no one [and] April will be more of the same,” Reitzes said. “How quickly we rebound is the more pressing question at this point.”

A year ago, Statistics Canada reported retail sales rose 1.1 per cent to $51.3 billion in March 2019, boosted by higher sales at gas stations and sellers of building materials, garden equipment and supplies.