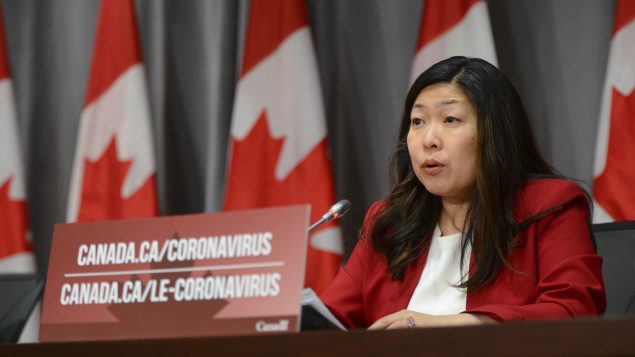 Minister of Small Business, Export Promotion and International Trade Mary Ng takes part in a press conference on Parliament Hill amid the COVID-19 pandemic in Ottawa on Monday, May 25, 2020. (Sean Kilpatrick/THE CANADIAN PRESS)

Canada to host virtual meeting on WTO reform and COVID-19

Canada will host a virtual meeting with 12 other countries to discuss the future of the World Trade Organization, which has been hamstrung by the U.S. blockade on appointments to the global trade body’s top tribunal and by growing protectionism fueled in part by the COVID-19 pandemic.

The ministers will discuss how the WTO and the rules-based trading system can help mitigate the impacts of COVID-19, lay the groundwork for a sustainable recovery, and adapt trade rules to prepare for future crises, Ng said.

In the absence of a functioning Appellate Body, the WTO’s top court, countries are increasingly concerned about coming up with clear rules on export restrictions, amid reports that certain countries are hoarding critical medical and personal protection equipment, or restricting exports of certain commodities such as grain.

“Canadian businesses need long-term stability and predictability to thrive at home and around the world—that is why Canada is leading efforts to modernize the rules-based multilateral trading system for businesses in the 21st century, particularly in these extraordinary times,” Ng said in a statement. 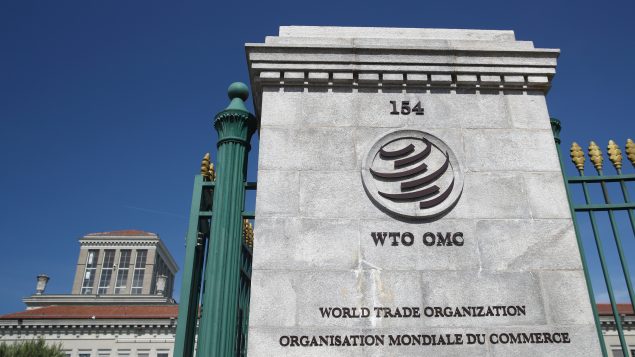 A logo is pictured on the headquarters of the World Trade Organization (WTO) in Geneva, Switzerland, June 2, 2020. (Denis Balibouse/REUTERS)

Canada and the European Union have worked to come up with a temporary solution to the impasse at the Appellate Body.

The Interim Appeal Arbitration Agreement between Canada and the EU, which came into effect in December of 2019, essentially substitutes the Appellate Body with an Arbitral Panel made up of former Appellate Body members under the existing authority at the WTO in Article 25 of the Dispute Settlement Understanding for arbitrations.

Canada and the EU have called other countries to join the Interim Appeal Arbitration Agreement until a solution is found to the worst crisis that has hit the WTO in its quarter century of existence.

Successive U.S. administrations have complained that Appellate Body judges have overstepped their mandate by setting legal precedents and by ignoring time limits for delivering decisions.

The Appellate Body is supposed to have seven judges. But their ranks have dwindled because the U.S. – under Presidents George W. Bush, Barack Obama and Donald Trump – has blocked new appointments to protest the way the WTO does business.

Trump and his top trade negotiator, Robert Lighthizer, have argued that the trade organization constrains America’s ability to counter unfair trading practices by China and that the Geneva-based agency is ill-equipped to deal with the challenge posed by the Chinese economy’s unconventional blend of capitalism and state control.