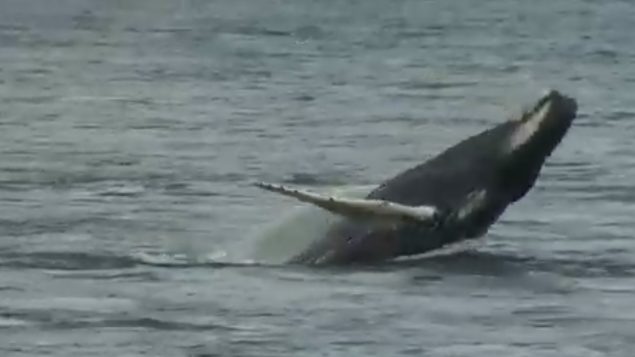 The young whale seemed to be having fun in the old port to the delight of spectators even though fresh water is not a natural habitat. Its death has saddened many (Radio Canada)

At the end of May, a unique sight was to be had in the St Lawrence river at Montreal.  A large humpback whale was seen cavorting in the old port to the delight of many residents who came to see this most unusual sight. 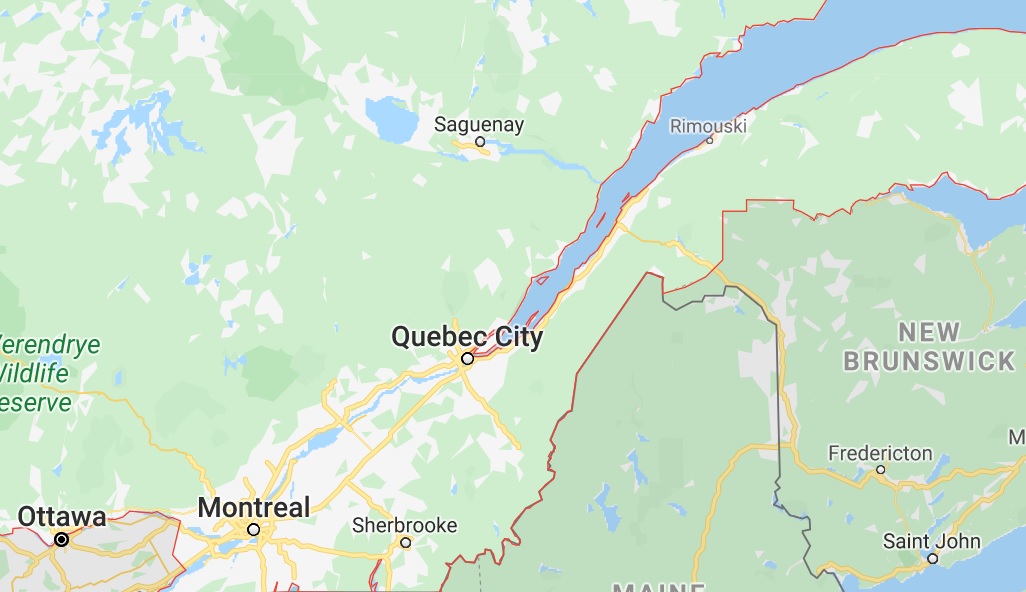 Although they can get by for a few weeks in fresh water, whales don’t belong there and while thrilling to see, everyone hoped the whale would decide to head back downriver to the salt water estuary several hundred kilometres away where it might typically call ‘home’. 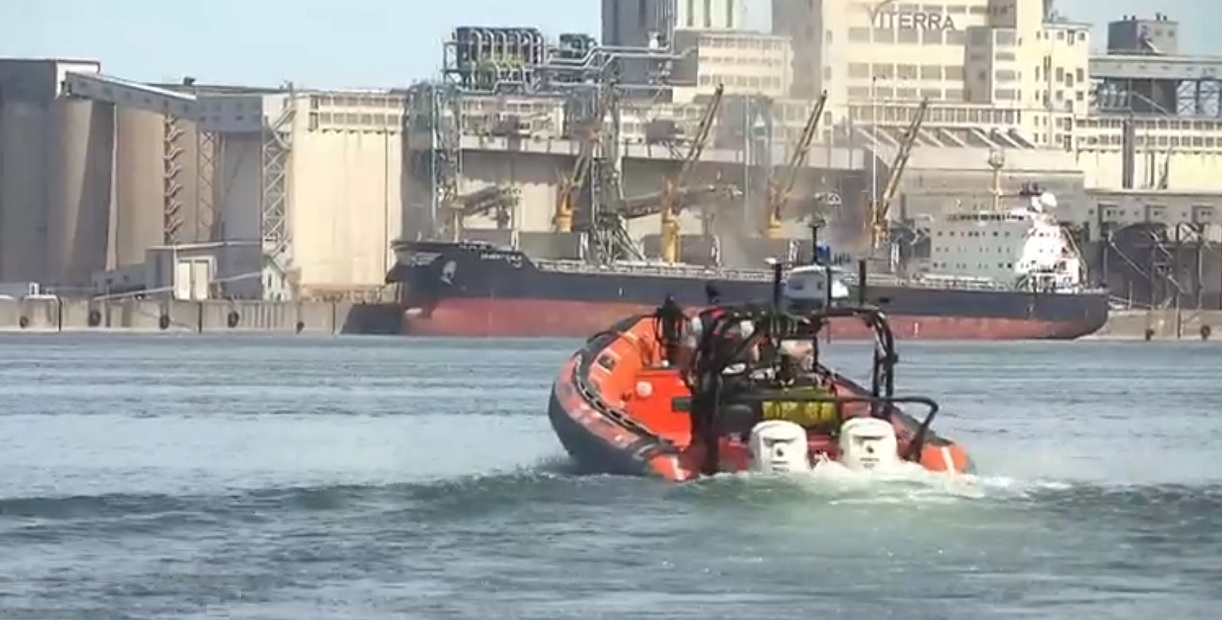 Agents from Fisheries and Oceans Canada had been patrolling the port advising boaters to keep away from the whale, but Montreal is a major shipping port with huge freighters coming and going (Radio Canada)

When last Sunday it was spotted a few kilometres downstream, the young whale was thought to be heading home.

This week however, it was spotted dead and floating in the strong current at the eastern tip of Montreal Island. 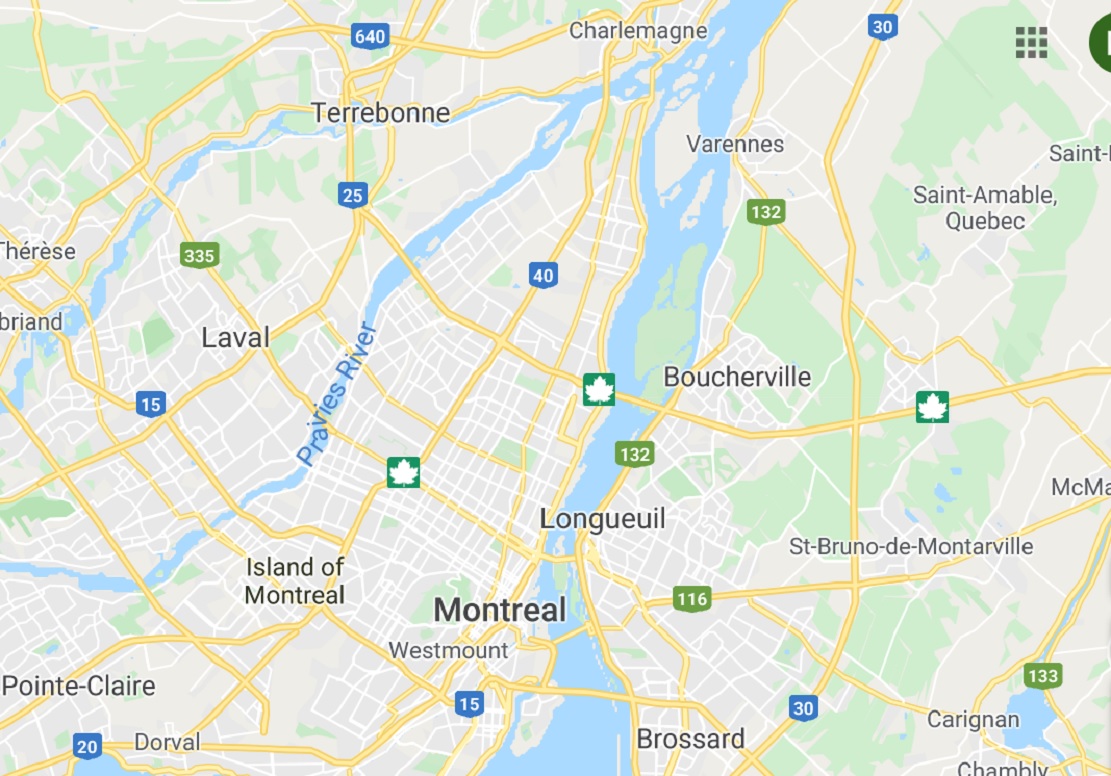 The old port is approximately where the word “Montreal” is seen. The industrial port is a little further downstream near the “O” in Longueuil, The whale was found dead neare the tip of the island off Varennes. Ships must pass through a relatively narrow river to and from the port. (google)

The whale had seemed healthy and energetic so there were questions as to why it had died so suddenly.

Veterinarians from the Universite de Montreal have made an initial observation and said it appears that the whale had been hit by a ship.

Veterinary pathologist professor Stephane Lair said that although no damage was obvious on the skin, there was trauma to the muscles and blood accumulation, lending creednce to the possibility of blunt force trauma which fatally injured the animal. 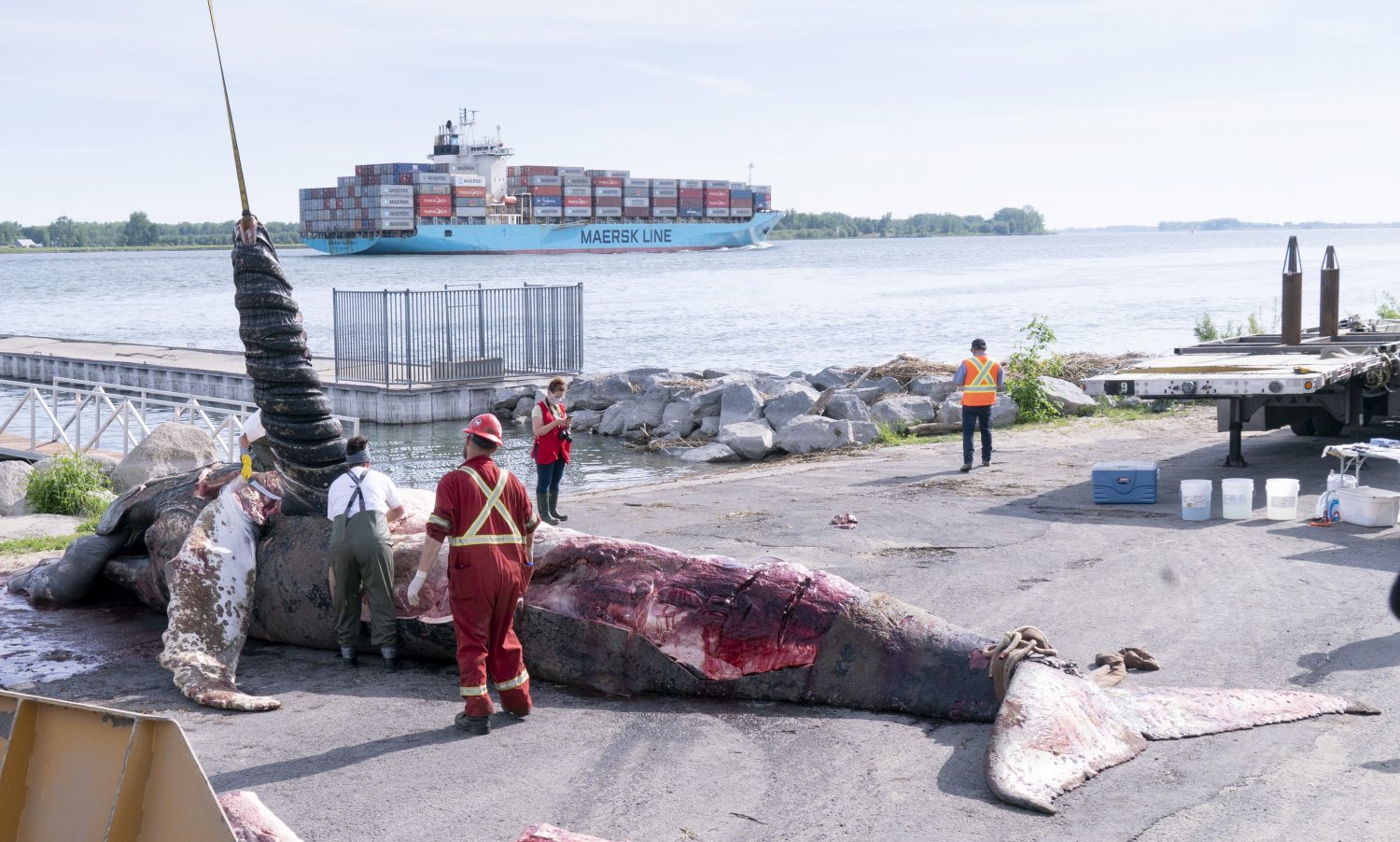 A huge container ship sails past a crew from the University of Montreal veterinary school performing a necropsy on a humpback whale in Sainte-Anne-de-Sorel, Que. on Wednesday, June 10, 2020. The young female whale that swam off near the port of Montreal for the past few weeks was found dead and drifting in the St. Lawrence river Tuesday. THE CANADIAN PRESS/Paul Chiasson

Lair said a large ship would likely never see or notice a whale, nor feel a strike especially if it was at night.

He said the whale was a young female between two to three years old. Tissue and other samples from the necropsy will be taken back to the university lab for analysis and a final report on the cause of death which will take up to a month.