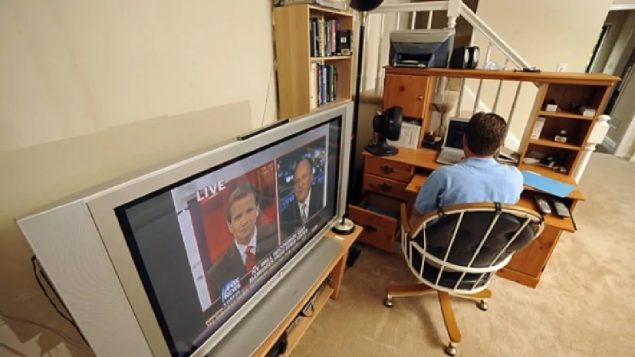 Many Canadians who worked in offices have been forced to work from home due to the pandemic. A new poll shows most think some form of telecommuting will continue once the crisis has passed (Stanley Leary-Associated Press)

The future of post-virus work: ‘tele-commuting’ and job survey

Working from home, or tele-commuting was relatively rare before the pandemic spread. Since then, offices and other types of businesses have been shuttered forcing vast numbers to continue working from home, something largely possible for the first time in history as a result of technology.

Others however have no work or have had their hours reduced.

About a third of the adult working population is now working from home according to the non-profit polling firm Angus Reid.

But the pandemic will pass, and what happens when people are allowed to return to office buildings or other workplaces? Will some people even have the jobs they had before the pandemic?

The latest Angus Reid survey of those working from home suggests most think the tele-commute trend will continue once the crisis has passed at least in some form.  Only a little over a third of respondents feel they’ll be back working from the office as previously. 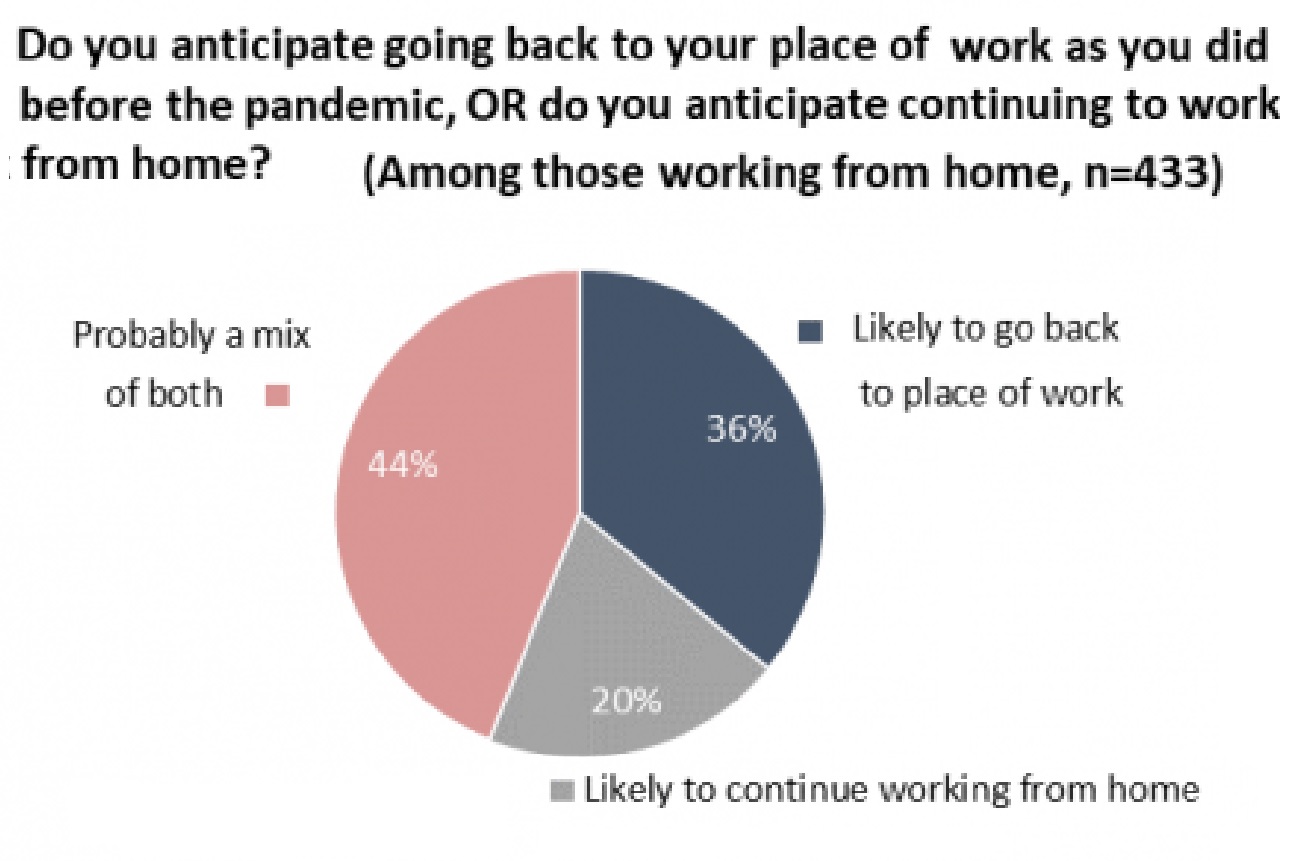 As to the mental/emotional effects of working from home, almost equal numbers say it’s been terrible (15%) or great (16%) while most say its been just ‘ok’ (68%), As to how its affected productivity,  most say its about the same  (59%) but more say their productivity has increased than decreased (28% vs 13%), 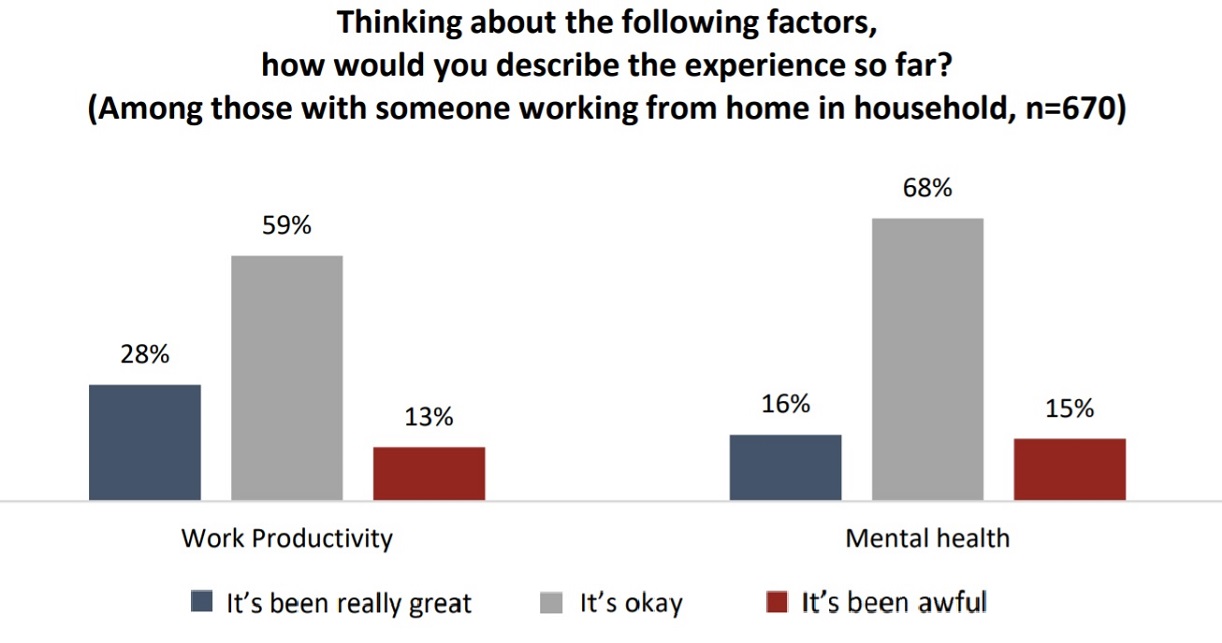 However over a quarter of workers in a variety of jobs have been laid off or had hours reduced (28%).  Of those, the prospect of going back to full time work or even have the job they had before, has changed.

Even though statistics show a recent increase in Canadian employment numbers, some 29 per cent doubt they’ll have the same job or the same number of hours as before, while nine per cent say their jobs are gone permanently and they’ll have to look elsewhere. In March only four per cent said their pre-virus jobs were gone. 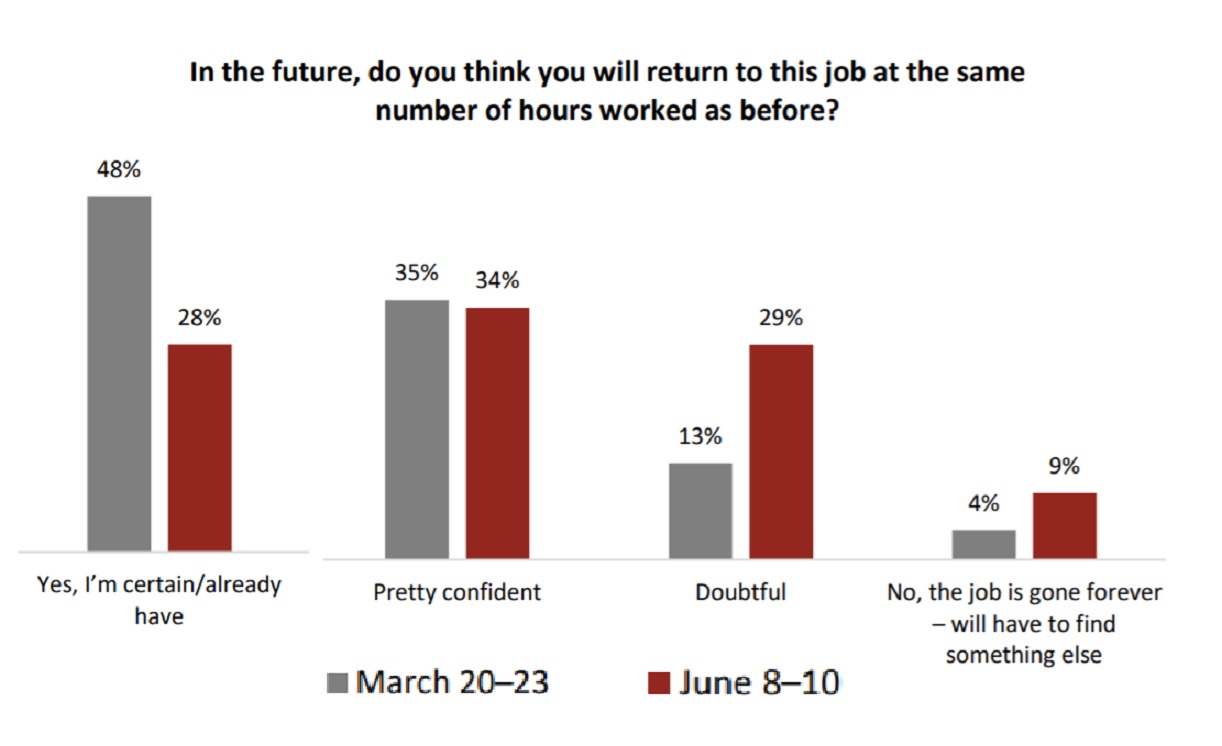 Canadians are almost equally divided as to whether the peak has passed, with a slim majority thinking the worst has passed (51%) while the rest (49%) feel the worst in job losses and economic problems is yet to come.

The survey was conducted from the Angus Reid online forum from June 8 – 10, 2020 among a representative randomized sample of 1,510 Canadian adults