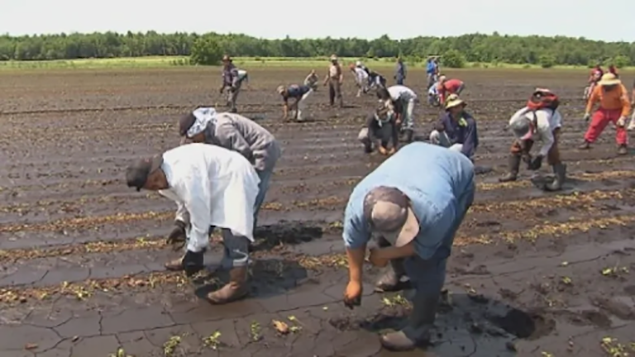 Temporary foreign workers play a key role in Canada's agriculture industry. A COVID-19 spike in their ranks and two deaths have prompted Mexico to put a halt on its citizens coming to Canada. (CBC)

Mexico has put a halt on temporary agricultural workers coming to Canada.

The decision follows a recent spike in COVID-19 cases in Ontario that has resulted in two workers dying in the Windsor area, a farming heartland in the southwestern region of the province.

The immediate result is that as many as 5,000 temporary foreign workers expected to arrive in Canada in the coming months are being held back, at least for the moment.

The announcement is a further blow to the agriculture industry, already struggling to find the needed workers to handle this year’s planting and harvest season, due in large part to the travel restrictions in place to slow the spread of COVID-19.

“It’s so we can reassess with the federal authorities, provinces and farmers why this happened and if there is anything to correct,” Juan José Gómez Camacho, Mexico’s ambassador to Canada, told The Canadian Press in an interview on Monday.

Gómez Camacho said 300 Mexicans are believed to have been infected with the novel coronavirus across Canada and he wants assurances that the situation can be brought under control before allowing more workers to arrive. 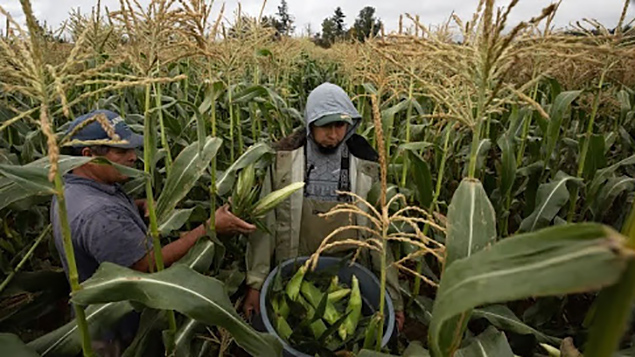 Temporary foreign workers coming to Canada to harvest produce must now self-isolate for 14 days before starting on the job. (Maggie MacPherson/CBC)

The ambassador said many workers are connected to small family farms, and have developed relationships over time.

“We are doing this out of solidarity with Canada,” he said.

“We understand the role these workers play in your food chain.”

The announcement is the latest in a series of crises the industry has faced this year as a result of COVID-19.

They include the federal government flirting with barring temporary workers and the late arrival on farms of many of the workers because of quarantining regulations. 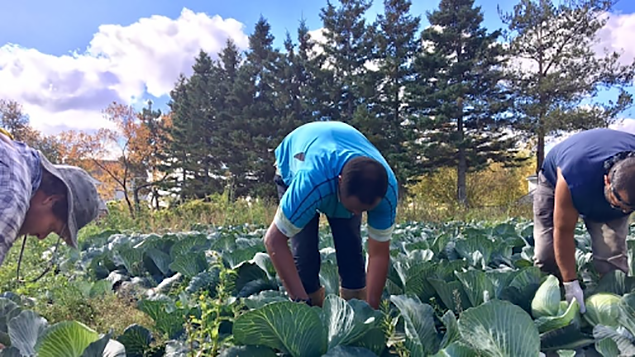 Virtually all temporary foreign workers live in communal housing and send most of their salaries back to their families in their home countries. (Tom Steepe/CBC)

Minimum wage rates vary across the country, and most of the workers in Ontario are paid a figure close to the current minimum of $14.00 an hour–though the rate can vary depending on the job.

Most workers live in communal living quarters–something that concerns many worker advocates, especially in the time of COVID-19–and work long hours in order to send money back to their families. 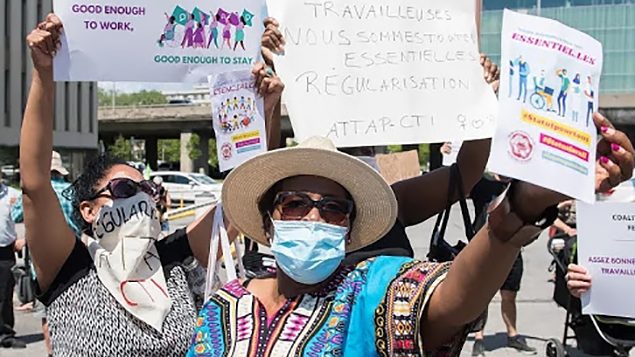 People hold up signs during a demonstration outside Prime Minister Justin Trudeau’s constituency office in Montreal on Saturday, where they called on the government to give residency status to migrant workers as the COVID-19 pandemic continues in Canada and around the world. (Graham Hughes/THE CANADIAN PRESS)

Last week, following the death of the two workers, a group representing migrant workers, the Migrant Workers Alliance for Change, delivered a report calling for better protections in the face of what it said were dangerous working and housing conditions.

On Saturday, a caravan of more than 40 cars went from Toronto to St. Catharines, Ont. to demand better protections and full immigration status for migrant workers amid the COVID-19 pandemic.