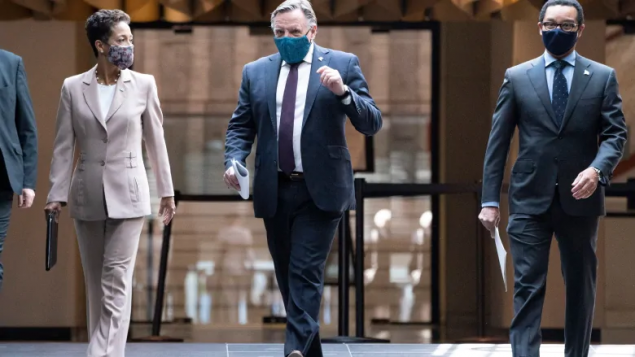 Quebec Premier Premier François Legault says he is setting up a group to look at ways to target racism in Quebec–despite his much-repeated view that there is no systemic racism in the province.

His announcement came Monday, just hours after Montreal Mayor Valérie Plante vowed to act on a report that said the city had turned a “blind eye” to systemic racism and discrimination in police and city administration.

“There’s a consensus on two things in Quebec: first, the vast majority of Quebecers are not racists. Two, there is racism in Quebec. So we must act against racism by working together,” Legault said.

Legault said the group’s mandate will be to “identify the actions that we can take against racism in sectors where there are problems.”

Last week, Legault, who was elected in October 2018 on a populist platform that included rolling back immigration, promised to take concrete steps to combat racism and diversify the provincial government workforce after a report found that the lack of progress in bringing visible minorities into the government is evidence of “systemic discrimination.”

The 127-page report by the Quebec Human Rights Commission found that in 2019, 6.3 per cent of public sector employees in the province were visible minorities. 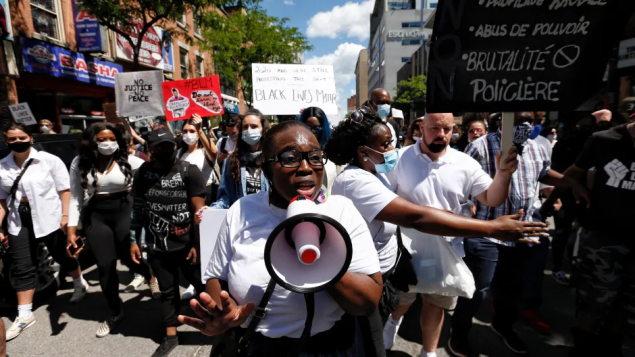 Thousands of demonstrators participated in a rally in Montreal earlier this month demanding action on what they say is systemic racism in Quebec. (Ivanoh Demers/Radio-Canada)

Monday’s events–the release of the Montreal report and  Plante and Legault’s press conferences–came a day after dozens of people gathered outside Legault’s Montreal office to stage a sit-in, protesting the province’s ban on religious symbols.

The most controversial section of the law, known as Bill 21, bans civil servants in positions of authority from wearing religious symbols such as a hijab or kippah.

Legault’s announcement also comes as Canadians debate the nature of racism, and participate in demonstrations across the country in the wake of George Floyd’s killing in Minnesota and several in incidents involving the RCMP and members of First Nations communities.

“We were all touched by what happened in the United States. We don’t want to import the climate of confrontation,” Legault said Monday, in reference to the protests following Floyd’s death.

Last September, following the release of a 520-page report he prepared that included 142 calls to action, retired Superior Court justice Jacques Viens said the Quebec government should apologize to First Nations and Inuit for the harm they have endured as a result of provincial laws, policies and practices.

Earlier this month, demonstrators took to the streets in cities across the province in what was viewed as rebuke to Legault’s claims that there is no systemic racism in Quebec.