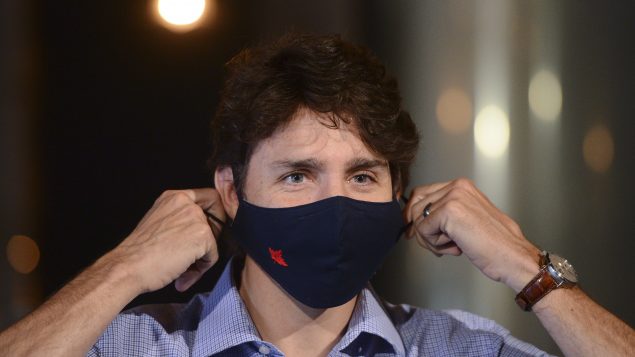 Speaking during his regular pandemic briefing in Ottawa, Trudeau said that “after a very challenging spring, things are continuing to move in the right direction.”

“We still have some hotspots in some parts of the country, but nationally, the number of cases, hospitalizations, and deaths is declining over time. And that’s because Canadians are doing their part,” Trudeau said.

“Though, while we’re on the right track, the fight against COVID-19 is not over yet. As we start to reopen parts of the economy we must continue to follow local public health guidelines to keep each other safe.”

The modelling also shows that while there has been a steep decline in transmission among older age groups, there has been a relative increase in Canadians aged 20-39 contracting COVID-19 since late May, officials said.

“As the epidemic has slowed the incident rate has steadily declined in all age groups. But the decline has been relatively slow in younger age groups,” Tam said. “Individuals under the age of 40 now account for a greater proportion of total cases in recent weeks.”