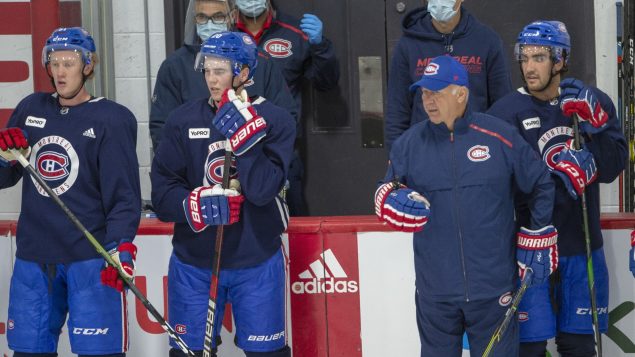 As the National Hockey League (NHL) entered Phase 3 of its return to play plan on Monday, the league announced that 30 of its players had tested positive for COVID-19 during Phase 2.

According to a tweet from the NHL, over 600 players had reported to their respective clubs training and practice facilities since the beginning of Phase 2, which gave players the option to have on and off ice workouts in small groups, and 4,934 COVID-19 tests were done to that group of players.

In addition, 13 other players tested positive for COVID-19 outside of the leagues Phase 2 plan.

In a statement, the NHL said that they will continue to provide regular updates on the number of COVID-19 tests administered and the results of those tests during Phase 3 of its return to play plan, which has players return to their respective club facilities to participate in training camps.

Last week, the NHL and National Hockey League Players Association (NHLPA) came to a tentative agreement, which was then ratified last Friday, to resume the hockey season later this summer.

It was also decided that Toronto and Edmonton would serve as the league’s two hub cities for when the playoffs begin on Aug. 1.

Training Camps Resume Across the Country

Yesterday teams across Canada started training camp to get ready for the upcoming postseason.

A report from The Athletic on Sunday said that at least three players on the team had tested positive for COVID-19. The Athletic later reported on Monday that two of the cases were false positives.

When Marc Bergevin, Montreal Canadiens general manager, was asked about it, he pointed to the NHL’s policy of not disclosing the players or clubs that have had positive cases.

“You are all aware of the NHL’s policy concerning players who are not on the ice and I will ask you to respect it,” Bergevin said.

The Montreal Canadiens are also dealing with a situation with one of their players Max Domi, who has decided to wait seven to 10 days before joining his teammates at training camp due to his health condition, type 1 diabetes.

Elsewhere in Canada, the Calgary Flames captain, Mark Giordano is asking all players attending training camp to stay home and stay as safe as possible.

“If you do something or go somewhere you’re not supposed to be and put yourself at risk, you could be risking your whole team,” Giordano said in a press conference.

In Toronto, the Maples Leafs star, Auston Matthews confirmed on Monday reports that he had tested positive for COVID-19 last month when he was in Arizona.

Ready (or not) to Play

Though the league entered Phase 3 of its return to play plan on Monday, not all players have decided to join. When the NHL, and NHLPA came to their agreement, an option to not participate in training camp and the playoffs was given to the players.

As of Monday, six players have opted out; Karl Alzner of the Montreal Canadiens, Mike Green of the Edmonton Oilers, Travis Hamonic of the Calgary Flames, Sven Baertschi of the Vancouver Canucks, Roman Polak of the Dallas Stars, and Steven Kampfer of the Boston Bruins.