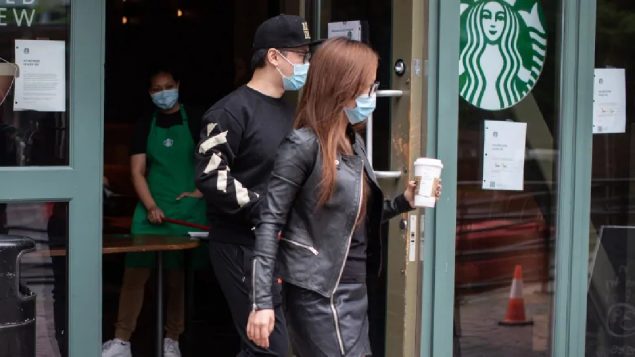 As mandatory mask wearing order increase in Canada, new survey show an uptick in Canadian concerns about COVID-19, possibly because of the situation in the U.S. even though cases are declining in Canada ( Maggie MadPherson-CBC

COVID-19: After declining, Canadians’ fears on an uptick again

Even though numbers of positive COVID-19 cases are declining, and several areas reporting no new cases, a new survey shows Canadians concerns about contracting the virus are increasing.

Even though the situation is clearly improving in Canada, the survey suggests Canadian concern is perhaps due to vast news coverage in Canada of increasing cases in the U.S. The just released survey by the non-profit Angus Reid Institute shows that after Canadian concerns had been declining, they are now increasing, and up by 13 points. The largest increase is among the 55 and up age group. 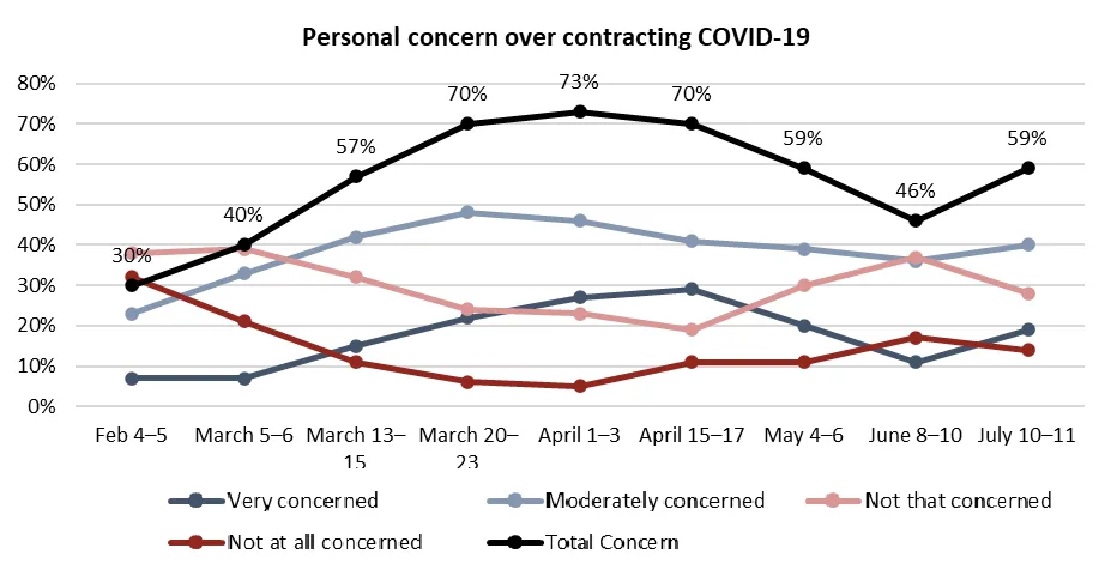 In counterpoint, one of the key recommendations now by health officials, wearing a mask, is only regularly followed by about 20 per cent of respondents  A similar number (20%)  who say they are not afraid of catching the virus seldom or never wear a mask in public.

Not surprisingly perhaps is that mask use is higher in urban areas, and in the provinces of Ontario and Quebec which have been hardest hit by the virus.

This may change as various governments, agencies and stores make it mandatory.  Canada’s largest urban centre, Toronto, made mask wearing in all indoor public spaces mandatory earlier this month, as did the national capital Ottawa, along with several regional municipalities. The provincial government of Quebec has ordered  the same across the entire province starting this weekend.

Of note is that 74 per cent said of respondents to the survey said they would wear a mask if it was made mandatory with 44 per cent saying they strongly support such a measure. 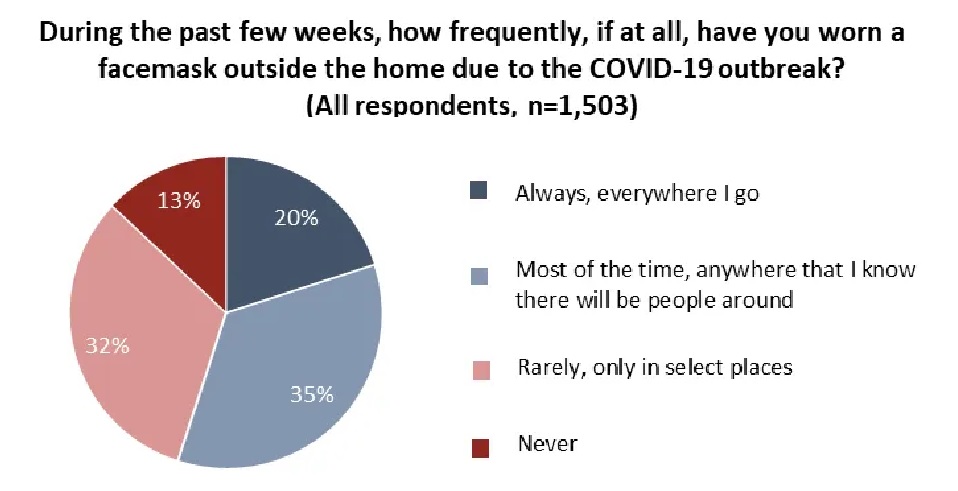 As to the reasons given for not always wearing a mask, responses ranged from statements that social distancing was sufficient, simply forgetting, they’re ineffective and a small group that said they didn’t like the way it looks. 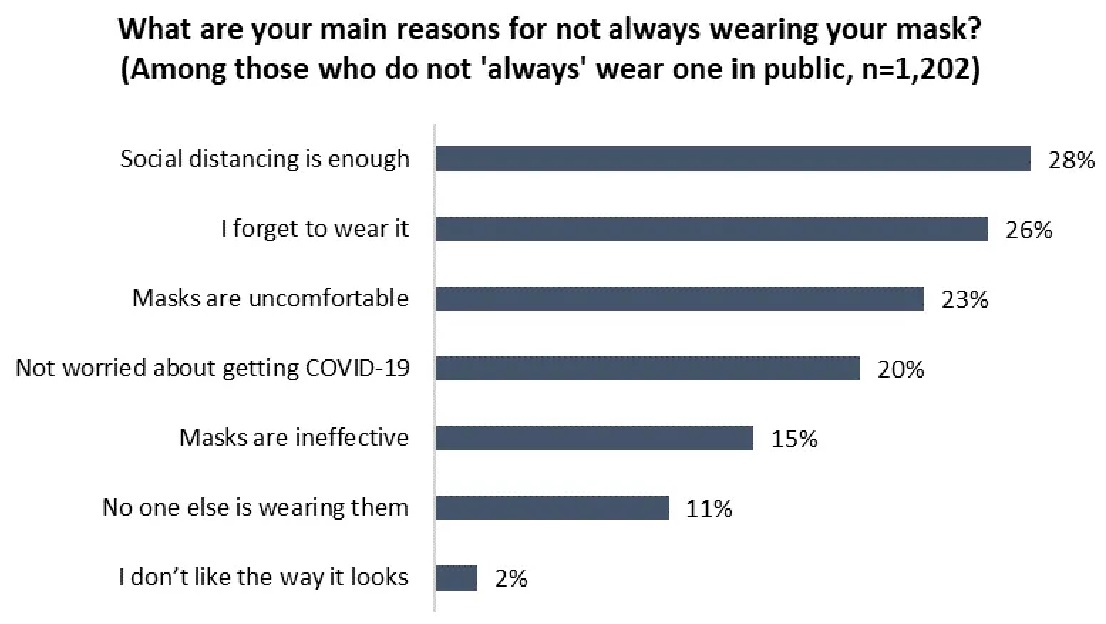 As for the virus in Canada, the most populous provinces Ontario and Quebec, and the major urban centres there, Toronto and Montreal, have been hardest hit in the country. However, cases in all areas have been declining.

The city of Toronto website shows cases peaked in April and have been declining since. Only one per cent of cases are currently hospitalised, with 0.02 per cent in intensive care and intubated. The Ontario website shows a total of only 115 currently in hospital with nine deaths yesterday. 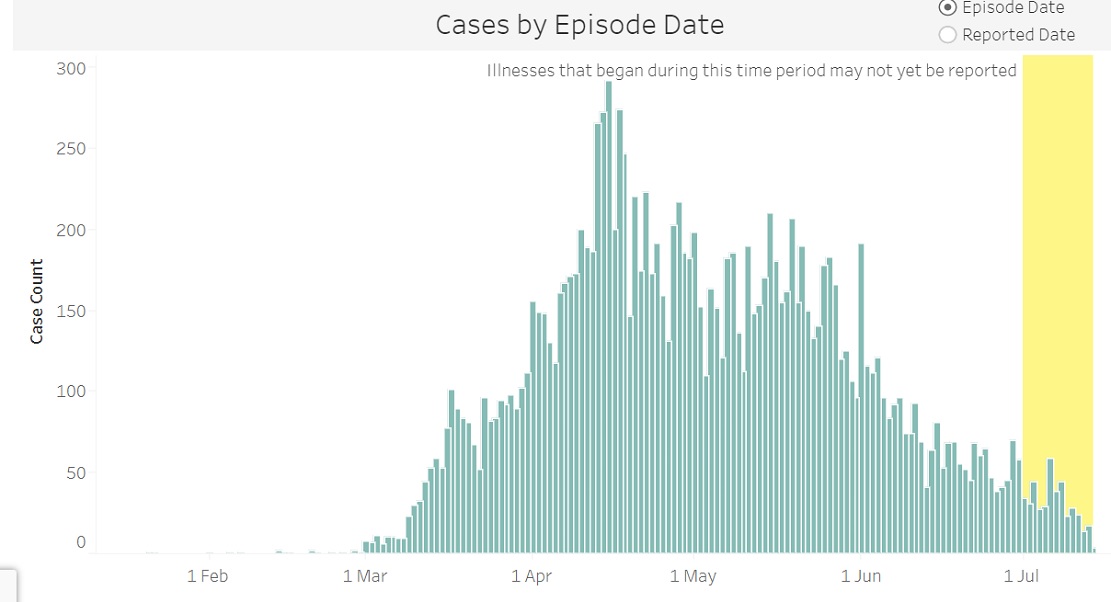 Quebec has had the highest number of deaths, primarily, as in Ontario, among the elderly in long term care homes The Quebec website reports one death in the last 24 hours.

Although the obligatory use of masks is on the increase, there has been no indication or when or under what conditions the orders might be lifted.