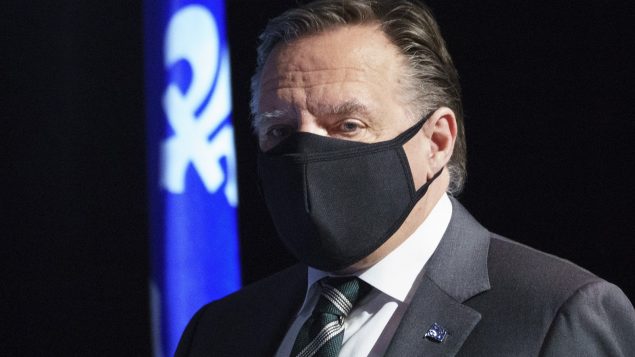 Quebec Premier Francois Legault announced today that masks and face coverings will be mandatory in all indoor public spaces throughout the province starting this Saturday, July 18.

The regulation will apply to places including grocery stores, malls, and restaurants whenever clients are not seated.

“It’s better to wear a mask than to be confined at home,” Legault said in a news conference. “It’s not fun wearing a mask, but it’s essential.”

According to the government, owners of businesses will be responsible for making sure their customers are following the new rules and regulations and can face fines between $400 and $6,000 if they do not apply the rules.

For now, individuals that do not comply with the new rules will only be denied entry from places,  but starting on Aug. 1, can face fines.

People aged between two and 12 years old, and people with medical conditions will be exempt from the rule.

The province had already been mulling over the idea of mandating masks since last week. Quebec’s Public Health Director Dr. Horacio Arruda said that government officials had been doing an “intense analysis” of the situation.

At the time, Legault also said that he was not closed to the idea of mandating masks or face coverings across the province.

According to the province, there have been 100 new cases of COVID-19, and one new death since Sunday.

“Over the past few days, we have witnessed the emergence of some outbreaks in the suburbs of Montréal, which could undermine the efforts we have been making since the beginning of this pandemic,” Plante wrote in a Facebook post last week. “I want to be clear: we must do everything we can to protect ourselves.”