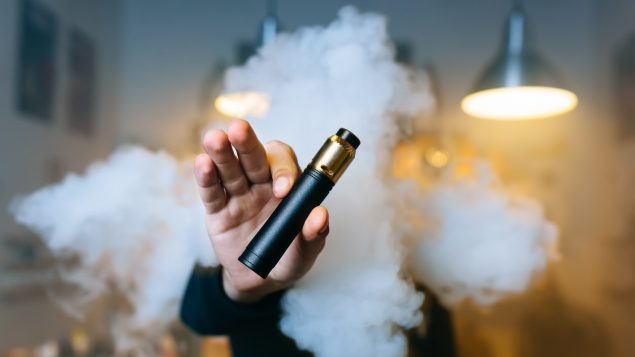 The British Columbia government announced that they are implementing a set of vaping regulations going into effect by the end of the summer. (iStock/licsiren)

The British Columbia government announced Monday that it is implementing a set of regulations on the sale and marketing of vape products by the end of the summer.

The regulations, which are based on the province’s vaping action plan announced in November 2019, will restrict the content, flavour, packaging, advertising and sale of vapour products within the province.

British Columbia’s ministries of Health and Education also announced that it is developing a youth advisory council to develop and launch youth informed strategies to reduce vaping in young people.

“We heard from young people across the province that vaping companies are targeting them with a product that poses real and serious health and addiction risks,” said Adrian Dix, British Columbia’s minister of health said in a statement.

“We know youth are eager to get involved in this action, and I’ve seen promising work through early youth engagement to help influence their peers and stop this dangerous trend of addiction,” Dix added.

The provincial youth advisory council will launch in September 2020, through the partnership between the province’s ministries of health and education.

A study published in the journal JAMA Pediatrics in May found that the number of Canadian young people polled who said that they had tried vaping rose to 40.6 per cent in 2019 from 29.3 per cent in 2017.

According to Health Canada, vaping can increase a person’s exposure to harmful chemicals and the highly addictive substance nicotine. They also said that there are concerns about how vaping appeals to younger Canadians.

The E-Substances regulations that were announced in November 2019, restricts the amount of nicotine vapour in pods and liquid to 20 milligrams of nicotine per millilitre and requires retailers to sell those vapour products with plain packaging and health warnings.

The province also made changes to their Tobacco and Vapour Products Control Regulation, which bans advertising where youth can see or hear advertisements such as in bus shelters or community parks, as well as restrict the sale of flavoured vape products to adult-only shops.