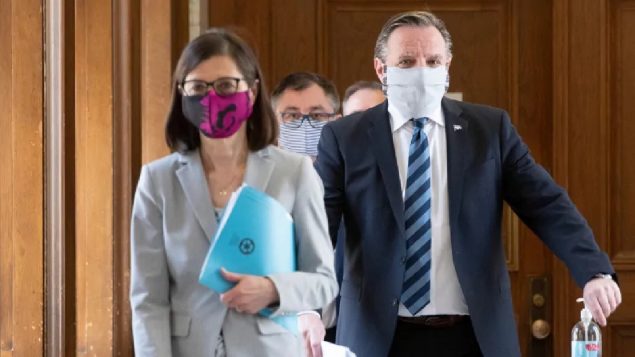 Quebec Health Minister Danielle McCann, left, Premier François Legault, right and Dr. Horacio Arruda, behind, walked to their daily briefing wearing masks in May. Legault has since ordered that face masks be worn in all public indoor spaces in the province.. There's not indication of what conditions might allow the order to be lifted. but would people obey if a second wave occurs later this year (Jacques Boissinot/The Canadian Press)

COVID-19: How would Canadians react if there is a ‘second wave’?

Now that the wave of COVID infections is on a general downward trend, and hospitalisations are greatly reduced in this country, talk of the possibility of a second wave still has Canadians concerned.

A new survey by the non-profit Angus Reid Institute shows Canadians are almost equally divided on whether their community and fellow citizens would go back into lockdown, and follow the same rigourous guidelines of social distance, hand washing, mask wearing etc. 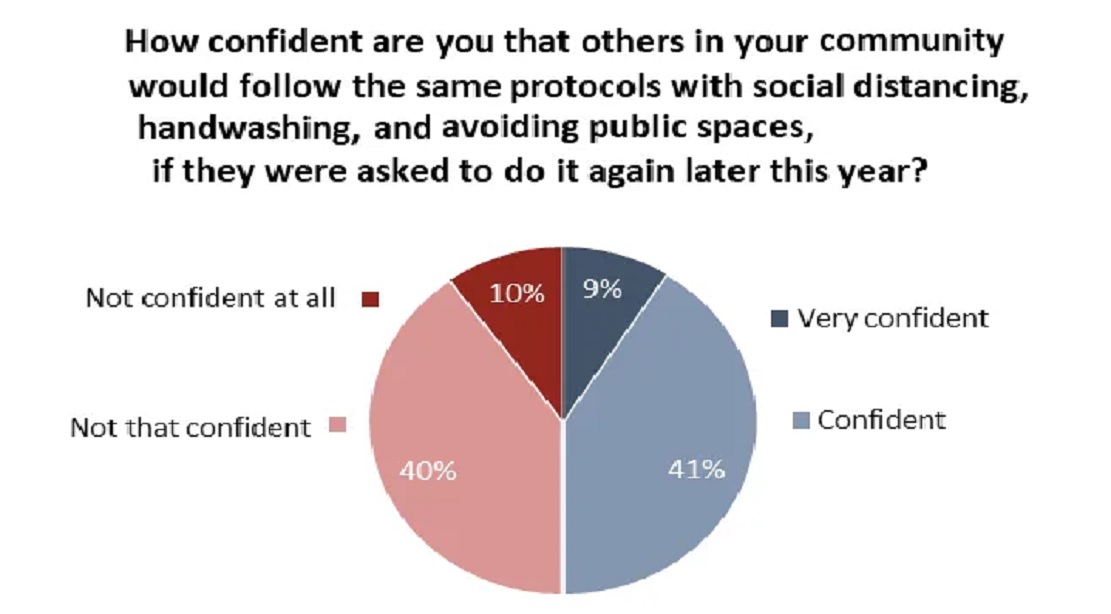 Just a little over half (51%) also feel that if there is a second wave, the economic damage would be even worse than it is now from the first wave.

It would also be very hard to take mentally and emotionally with a clear majority saying it would some or greatly negatively affect on their mental well-being. Young women represented the group with the highest level of concern for their mental health. Only 22 per cent of respondents said a second wave and resulting situations wouldn’t bother them. 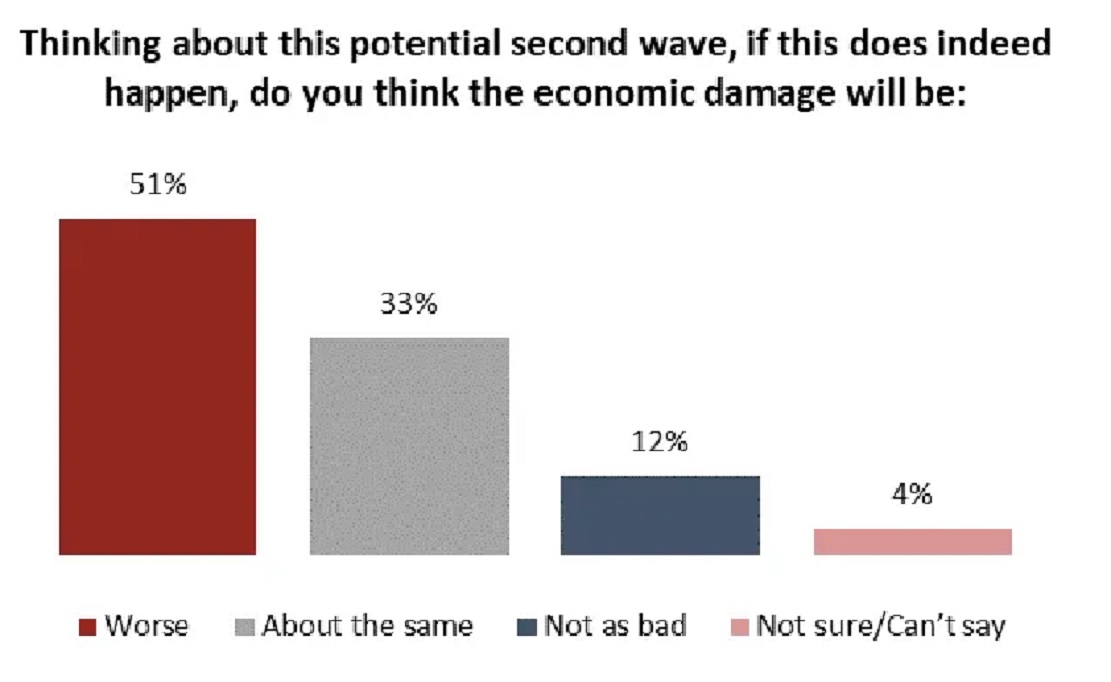 Financially almost two-thirds of respondents say it would have a negative effect, while  the remainder (34%) say it wouldn’t affect their personal finances.

For many, especially those under age 40, maintaining vigilance is an issue after months of restrictions in what might be called COVID fatigue, However in many cases local authorities have mandated such things as the wearing of masks in indoor space and on public transit. In Quebec, the order is province-wide. There’s been no indication when such orders may be relaxed.