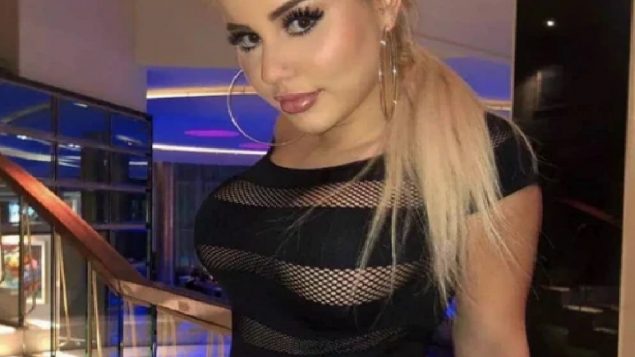 Marcella Zoia, has become known as 'chair girl' after she threw chairs from the 45th floor of a high rise onto a busy street below which was posted on social media. Her social media account features a multitude of photos of her in bikinis and at parties. (marcella zoia-instagram)

It was a shocking stunt that made news around the world. Last year, a young Toronto woman threw two chairs off a high rise balcony on to a busy street far below which immediately beside one of the busiest highways in the country. Very fortunately for all involved, and miraculously perhaps, no-one was hurt.

The act was posted on social media.. It was so dangerous that police investigated and eventually charged Marcella Zoia, then aged 19 with mischief endangering life.

After avoiding several court dates (6) with various excuses, people were further aggravated as the woman appeared to capitalize on the attention and continued to post photos of herself in various types of clothing and enjoying the apparent attention as an ‘instagram influencer” even making it into a brief appearance in a Drake music video (since removed). 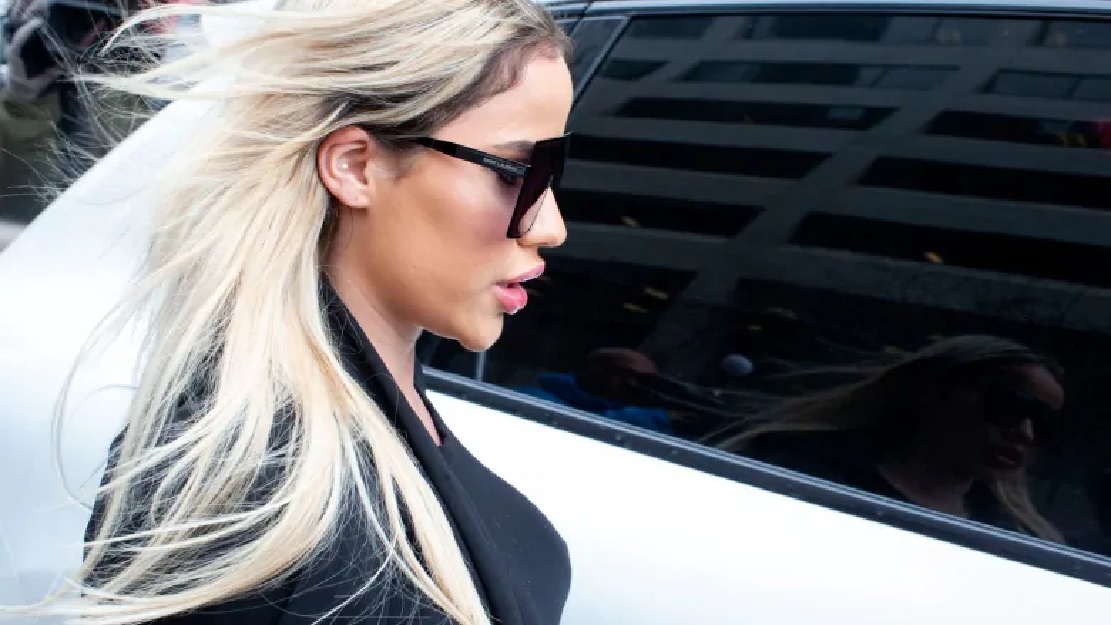 Marcella Zoia leaves a Toronto court in November 2019. A judge on Tuesday fined her $2,000 and ordered her to perform 150 hours of community service after she was recorded tossing a chair from a 45th-storey balcony. (Chris Young/The Canadian Press)

Many people hoped she would face serious consequences for the extremely dangerous act, for which she seems to have shown little remorse, and attempting to profit from with constant photos of her ‘enhanced’ self on social media often partying. She finally pleaded guilty to the charge and was sentenced yesterday. 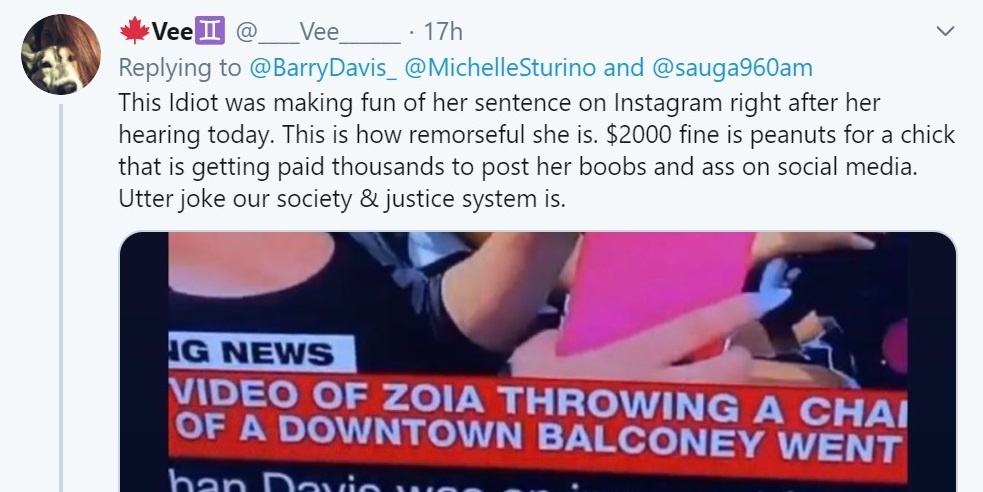 Reaction to the sentence has been swift. Most people are upset at what seems to be a light sentence for what had the potential to be a deadly act. She was sentenced to two years probation, a $2,000 fine, and 150 hours of community service.

Several posts on social media expressed negative sentiment at the sentence. Prosecutors had asked for a six-month jail sentence but Justice Mara Greene, while saying it was a dangerous act committed for Zoia’s “own vanity”, also said she took the woman’s young age, a one-day alcohol abuse programme, and chance of rehabilitation into consideration. The judge also noted that while dangerous, the intent to harm was not there.

“She should have gone to jail” Toronto Mayor John Tory 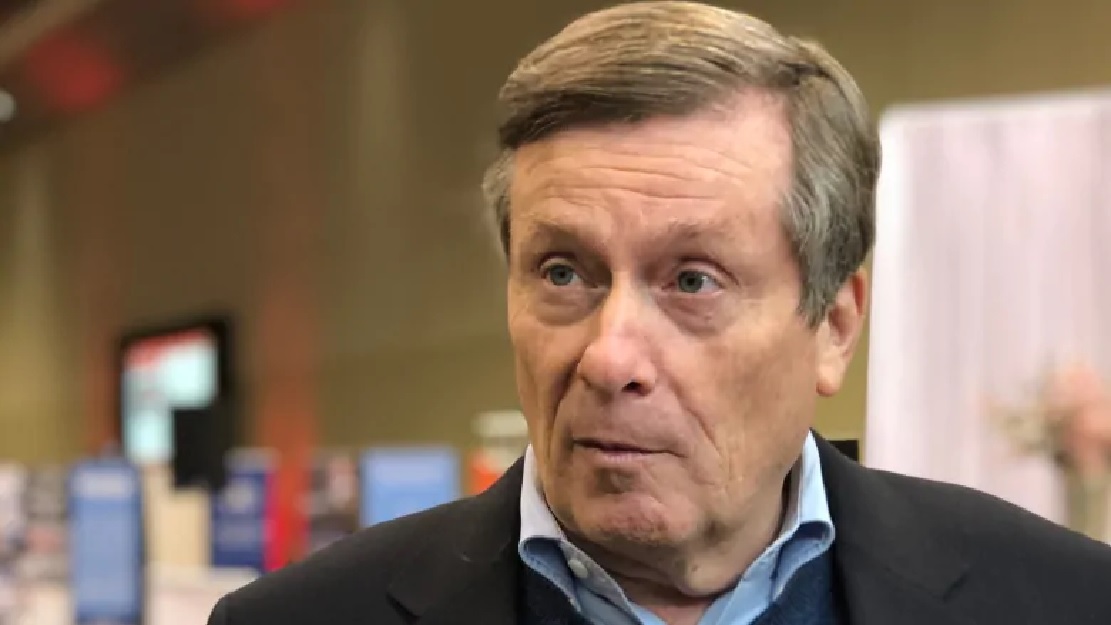 That has not convinced many however, Even Toronto Mayor John Tory was upset at the decision, In an interview with a local TV morning show in which the host asks if the sentence will be a deterrent to others.

Tory responds that it isn’t a deterrent and “demonstrates a kind of out-of-touch aspect of the justice system from time to time that concerns me greatly (..) she should have gone to jail to send a message that this is absolutely unacceptable, I think as well the Crown idea to keep her off social media, that was a good idea too that was not taken up”.

The woman’s lawyer said she was ecstatic about the verdict. Instagram posts show the woman partying later that afternoon.