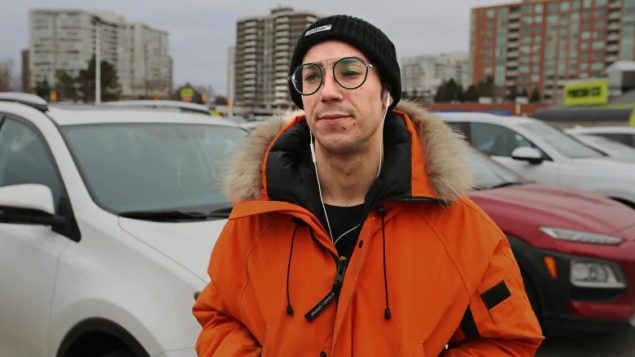 Toronto area resident James Potok says the in-flight incident was to make what he hoped would be a viral video. (Paul Borkwood-CBC)

It has since been revealed that the incident which caused a plane loaded with vacationers to turn back mid-flight was simply to create a hoped for viral video, a ‘prank’.

A passenger holding his cellphone camera stood up and told passengers he had just come from China, centre of the corona virus and wasn’t feeling well.  The flight from Toronto was already half way to Jamaica when the announcement forced the pilot to turn the plane around.

The attempt to create a viral video caused two flight cancellations, enormous cost to the airline and ruined the vacations of the 243 passengers on board. He certainly got the attention sought, but not in a good way.

Other so-called pranks for brief social media fame include the extremely unpleasant throwing of coffee on unsuspecting strangers, 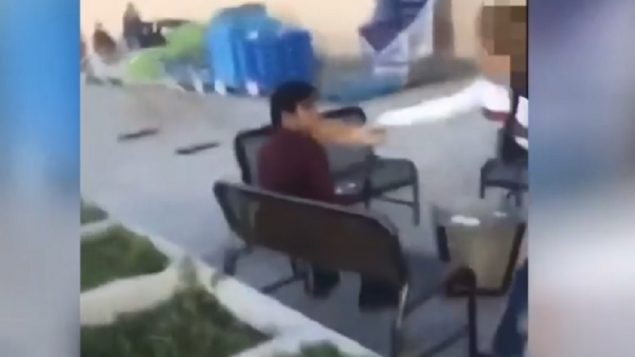 Screen capture shows the moment someone in a group throws coffee at a stranger in an apparent social media “prank”. Internet viewers didn’t find the prank funny and Regina police are investigating (via CBC)

to the potentially deadly act of throwing chairs off high buildings onto the street below, or to any number of other silly, expensive, or dangerous so-called challenges like eating TidePod laundry soap or shorting out electrical systems. 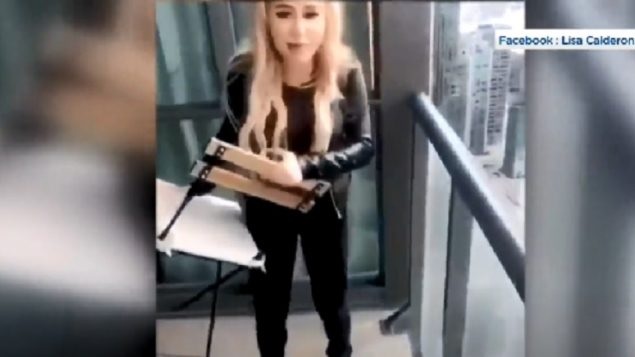 A video posted to social media a year ago shows a young woman throwing one of two chairs from the 45th floor onto the street below. (Lisa Calderon-Facebook-via CBC) 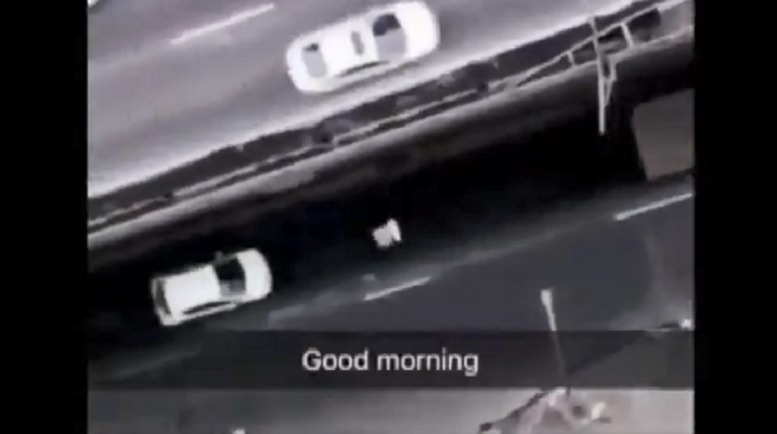 The chair is the white spot about half-way down. The chair(s) landed on the pedestrian sidewalk in front of the building entrance where people come and go. A brief gust of wind could also have sent the chairs through the windshields of speeding cars on the highway below. (Lisa Calderon-Facebook-via CBC)

In this latest incident involving the flight, the young man involved is not a silly or easily influenced 14 year-old, rather a 29-year-old.

James Potok of the Toronto suburb of Thornhill later told reporters he was hoping to film his prank for fame on social media. Telling a CBC reporter he was a frequent flier and a hip-hop and R&B artist, he apologised to the passengers and airline, adding, “It wasn’t the best thing to do. Me, as an entertainer, we always look for a reaction from people. I didn’t get the reception that I was looking for. I didn’t get the reaction that I was looking for”. 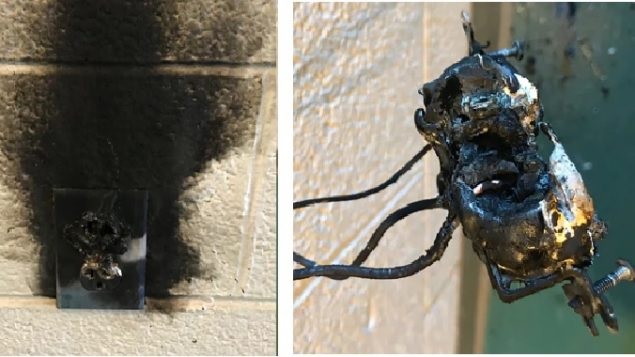 Another social media prank or ‘challenge’ is to film yourself blowing out electrical circuits: costly and with the potential for fires.(KPRC-2 via CBC)

Arrested by police upon landing, he was charged with mischief and with breaking a peace bond in an unrelated incident.

Potok is due to appear in a Brampton courtroom to face the two charges on March 9.

As for “chair girl” she appeared in court yesterday, arriving late, after a multitude of missed court appearances where her lawyer had to appear on her behalf. The case has been dragging on for a year. During that time she has been posting a multitude of pictures on social media about her international travels and partying.

Pleading guilty to a charge of mischief — endangering life, the Crown is seeking a sentence of six months  in jail for the 20 year-old. Her lawyer says that would be excessive as one source apparently quoted “ because her brain’s not fully developed”. She will be sentenced this Friday.