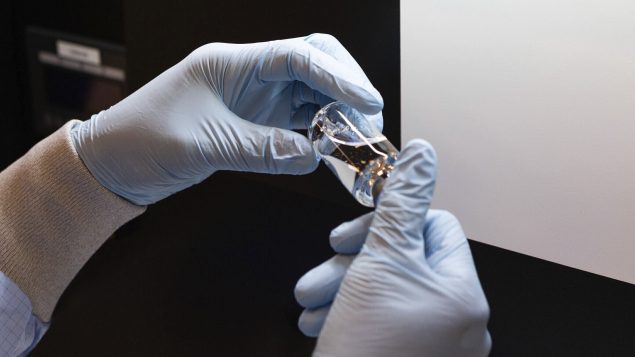 FILE - In this March 2020 photo provided by Gilead Sciences, a vial of the investigational drug remdesivir is visually inspected at a Gilead manufacturing site in the United States. On Wednesday, April 29, 2020, the company says its experimental antiviral drug has proved effective against the new coronavirus in a major U.S. government study that put it to a strict test. (Gilead Sciences via AP)

Health Canada has given it conditional authorization to use the drug remdesivir for treatment of patients with severe symptoms of COVID-19 who have pneumonia and require extra oxygen to help them breathe.

Remdesivir – brand name Veklury – is the first drug that Health Canada has authorized for the treatment of COVID-19, the agency said in a press release Tuesday.

Remdesivir has also been granted emergency or conditional authorization in the U.S., Europe, Japan, Singapore and Australia. In Canada, the authorization included a full six-week scientific review.

The drug, manufactured by Gilead Sciences Canada, Inc., is authorized for use in adults and adolescents with a body weight of at least 40 kg.

Gilead Sciences Canada, Inc. did not seek authorization for an indication for use of remdesivir to treat children or pregnant women, Health Canada said.

Remdesivir is administered intravenously and will be used only in healthcare facilities where patients can be closely monitored, the federal agency said.

“Health Canada will continue to closely monitor the safety of remdesivir in Canada and will take prompt action should any safety concerns arise,” the agency said in a statement. 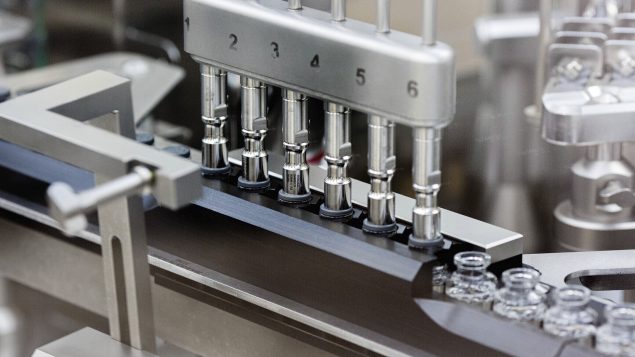 FILE – In this March 2020 photo provided by Gilead Sciences, rubber stoppers are placed onto filled vials of the investigational drug remdesivir at a Gilead manufacturing site in the United States. Given through an IV, the medication is designed to interfere with an enzyme that reproduces viral genetic material. (Gilead Sciences via AP)

Until now, only a small number of patients have been treated with remdesivir in Canada under the Special Access Program, Health Canada said.

With the authorization of remdesivir, the Special Access Program will no longer be required to access the drug, the agency said.

Health Canada has authorized two clinical trials to evaluate the safety and effectiveness of remdesivir, which will continue to gather more data on the drug despite the conditional authorization.

According to The Guardian, the U.S. has purchased “virtually all the stocks for the next three months.”

The Trump administration has bought more than 500,000 doses of remdesivir, which is all of Gilead’s production for July and 90 per cent of August and September, The Guardian reported on June 30.