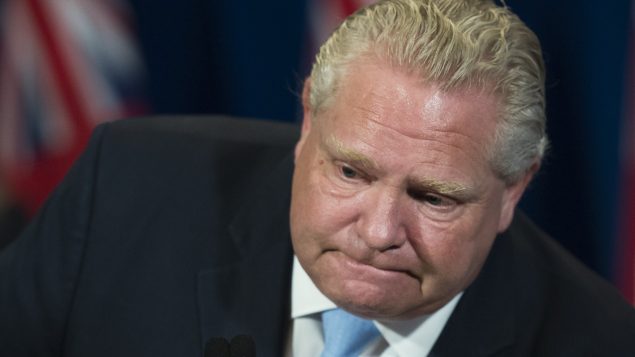 Ontario Premier Doug Ford fights back tears as he answers question about a disturbing report from the Canadian military regarding five Ontario long-term-care homes during his daily updates regarding COVID-19 at Queen's Park in Toronto on Tuesday, May 26, 2020. Ford announced a commission of inquiry on July 29 that will look into the spread of COVID-19 in long-term care homes. (Nathan Denette/THE CANADIAN PRESS)

Ontario Premier Doug Ford announced on Wednesday the launch of a commission of inquiry into how COVID-19 was able to spread through the province’s long-term care homes leading to more than 1,800 deaths during the pandemic.

Ford said the commission will be led by Associate Chief Justice Frank Marrocco. It will have the power to investigate why nursing homes were hit so hard by COVID-19 and whether the province did enough to prevent and contain its spread.

“I want to get down to the bottom of this,” Ford said. “I need answers, I want answers.”

The commission, which also includes Angela Coke, a former senior executive with the Ontario Public Service, and Dr. Jack Kitts, former head of the Ottawa Hospital, is expected to deliver its final report by April 30, 2021.

However, Ford declined to say whether the commission of inquiry would be empowered to make binding recommendations, prompting critics to question the value of the initiative.

“They will conduct as many interviews as necessary. They will require records to be produced and they will summon as many people as they need to until we get down to the bottom of this,” Ford said. “No stone will be left unturned, because our seniors deserve nothing less.” 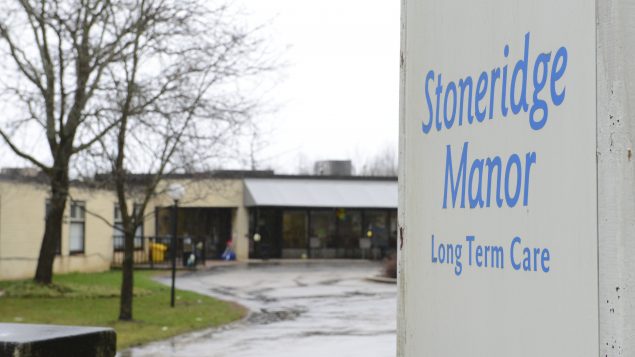 The long-term care sector has borne the brunt of the pandemic in Ontario, with 1,844 residents and eight staff members having died of the virus as of Wednesday.

The need for an inquiry was made even more urgent after Canadian soldiers deployed to several long-term homes in Ontario, reported in late May “some extremely troubling observations” about several nursing homes in which they’ve been serving.

The military shared its findings in a report detailing conditions that included insect infestations, aggressive resident feeding that caused choking, bleeding infections, and residents crying for help for hours.

Allegations also included failure to isolate COVID-19-positive patients and a host of hygiene issues involving everything from contaminated catheters to dangerous pressure ulcers.

The province later took over management of several facilities.

Candace Rennick, secretary-treasurer for the Canadian Union of Public Employees Ontario, said she hoped the government won’t use the commission as an excuse to delay changes that could happen immediately.

“Front-line workers have been ringing the alarm bells for over a decade,” she said. “Our loved ones can’t wait until next April for a report to be issued. There are changes that are needed now and they should be implemented.”

Of utmost importance, Rennick said, was an increase in staffing levels.

The Ontario Long-Term Care Association, which represents most nursing homes across the province, said it welcomed the details of the commission.

“We are encouraged that it will look at a broad range of long-standing and systemic challenges including staffing, infrastructure and labour relations,” CEO Donna Duncan said in a statement. “It is vitally important to ensure systemic issues are addressed.”