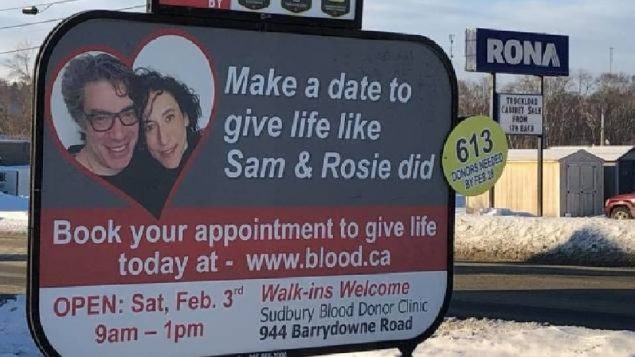 Promotion for a Sudbury blood donation clinic. Traditionally Canada has maintained a voluntary and altruistic donor system A proposal in Alberta to allow private for-profit companies to pay for blood donations and cash in on a lucrative international blood-products market.has reignited a bitter debate in Canada (Dan Kingsley via Radio-Canada)

The idea of paying people to give blood revives tragic memories in Canada, and a recent proposal to bring back paying blood clinics has revived an often bitter debate in this country.

The concern has always been that those most desperate for a few dollars, and potentially with health issues, would be the most eager to provide blood, along with the fact that Canadian blood would not be available for Canadians but exported by the commercial companies.

The debate also arises from a situation in the 1980’s and 1990’s when Canadians were given blood purchased from the U.S where prisoners were paid to give blood. Some 30,000 Canadians ended up with HIV or Hepatitus-C.  It resulted in a national inquiry into what became known as the “tainted blood scandal” and the final recommendation that “profit should not be made from blood donated” and that it should remain as being given “altruistically for the benefit of others”. 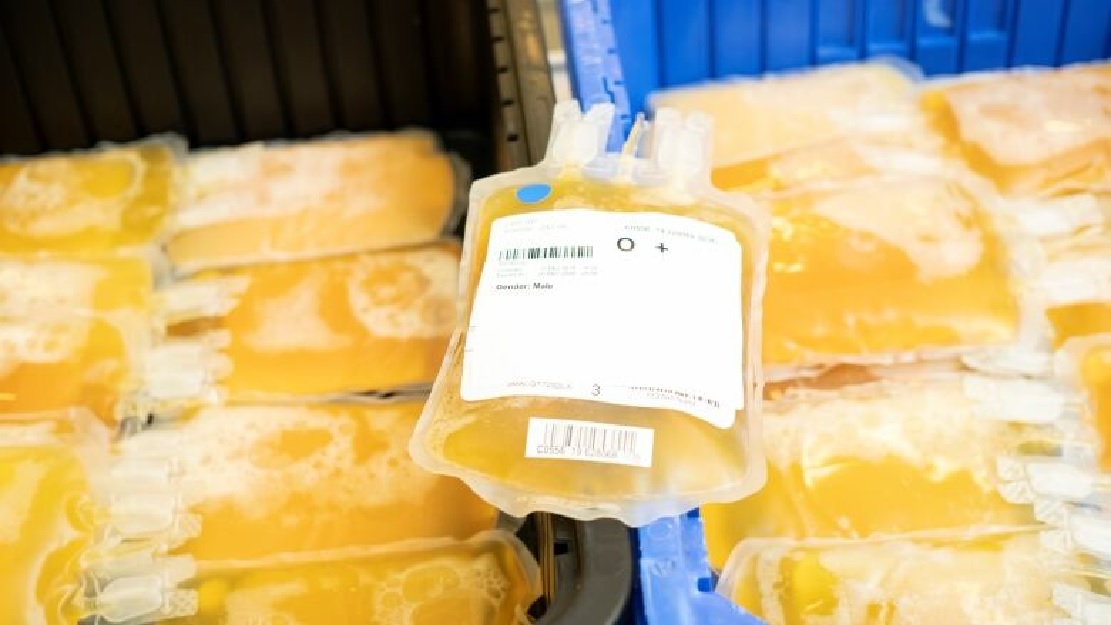 Blood plasma is the straw-coloured liquid component left when blood cells are removed from whole blood. It contains nutrients and immune molecules like antibodies. There is a lucrative international market for plasma and Canada already has to import supply to meet its own needs (Hiep Vu)

A recent private members bill in the western province of Alberta seeks to reverse that province’s ban on paid blood donations. That ban came into effect in 2017 to curtail the expansion of private blood clinics in the province.  British Columbia, Ontario and Quebec also have provincial bans on paid blood clinics.  Two small private clinics are operating in Saskatoon Saskatchewan and Moncton, New Brunswick.

Speaking before an Alberta provincial parliamentary committee, the head of  the Canadian Blood Services said late last month that paid blood clinics have no obligation to keep products collected such as blood plasma in Canada.  Dr. Graham Sher also expressed concern for how it may affect Canada’s voluntary collection system and the security of blood supply saying, “Large scale commercial expansion of commercial plasma collection without adequate controls is a major concern for the integrity of the publicly mandated system and the patients it serves”.

Currently Canada cannot fulfill its own needs for plasma and the committee heard from others that Canada imports 86 per cent of its plasma needs from countries which have paying programmes.

While some witnesses testified that paid plasma collection would enhance the much need supply, others said more countries are moving away from the paid donation system, while others said opening up Alberta’s system to the private sector would have the effect of supporting export of blood plasma to the detriment of internal supply.

This week Warren Thomas, the head of one of Ontario’s most powerful unions,released a statement highly critical of any plan to allow private blood clinics. 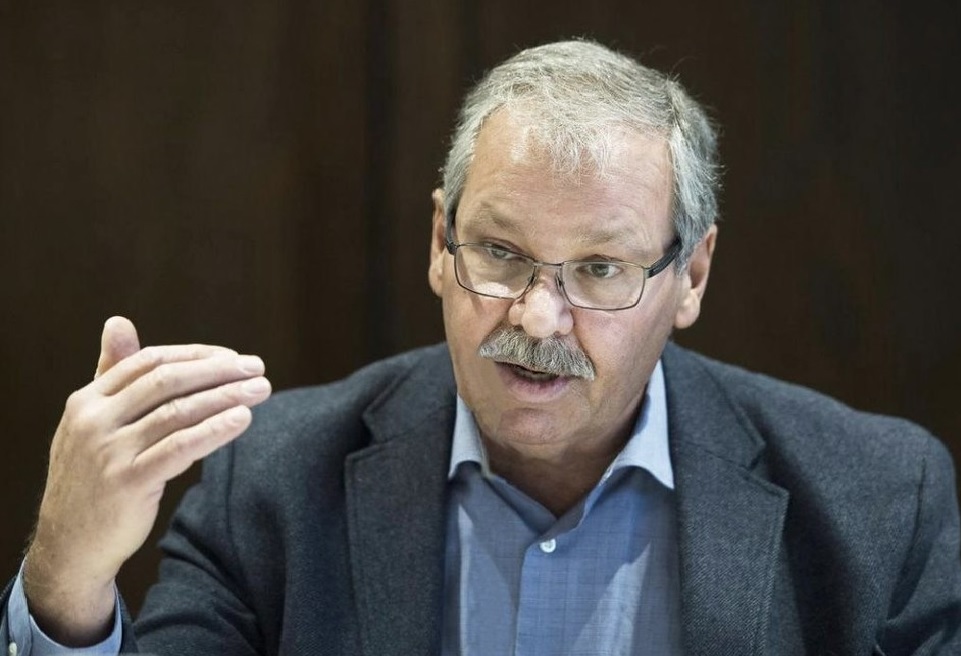 In a press statement directed to Ontario politicians, the CEO of the 165,000 member Ontario Public Service Employees Union (OPSEU) said such a move “would contribute to the destruction of Canada’s essential blood plasma stocks”.

.Directly naming Ontario Premier Doug Ford and Health Minister Christine Elliot and referencing the COVID-19 deaths in long term care institutions he said, “The Alberta idea to privatize collections will put lives at risk. Just as selling out our seniors by privatizing long-term care homes in Ontario has been fatal, doing the same to our blood and plasma production will only have disastrous effects”.

“The safety and security of the nation’s health is the priority, not the profit of big multinational corporations”  (Geoff Cain OPSEU director)

Noting that plasma collected by for-profit operations is exported to the highest bidder,he suggested that blood collection should be performed by the Canadian Blood Services which is scheduled to open three stand-alone plasma collection sites, one of which will be in Alberta. He said that would be “the responsible choice and would ensure the plasma collected benefits Canadians and is collected in a safe and efficient manner.”.

He said, ” We’ve been reminded through the Covid-19 Pandemic just how important national self-sufficiency is. Canadians know their blood and plasma collections should never be products to be sold to the highest bidder in the global marketplace. The safety and security of the nation’s health is the priority, not the profit of big multinational corporations”.

While such issues are regulated provincially, in 2018 a bill A bill was introduced in the Canadian Senate to create a standard national policy against paid clinics, but that bill has still not passed third reading and has not come into force.