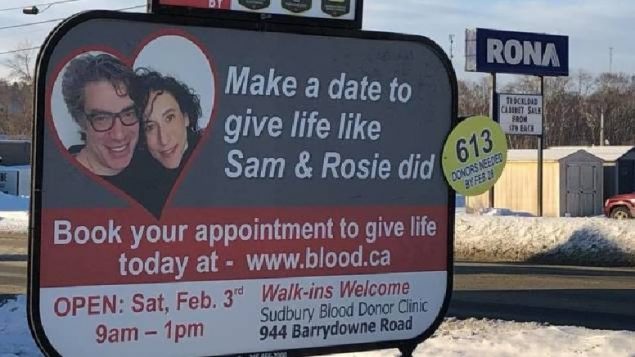 Sign announcing a blood donor clinic. Traditionally Canada has maintained a voluntary and altruistic donor system Private for profit companies want to change that and cash in on a lucrative international blood-products market. (Dan Kingsley- via Radio-Canada)

A member of Canada’s Senate has tabled a bill to ban “cash for blood” clinics in Canada.

Traditionally blood has been collected in Canada on a voluntary basis.

Independent Senator Pamela Wallin has introduced bill S-252 which would ensure private clinics that offer financial incentives for blood donations would be banned across Canada.

The proposal comes after the regulatory body Health Canada said last week it had no objections to paid private plasma clinics in order to increase Canada’s supply.

In her speech to the Senate Wallin said, “Honourable senators, I rise today to speak to Bill S-252, with both pride and sadness — pride that this chamber will now take on this issue, and sadness that, 20 years after the tainted blood crisis, we still haven’t moved to fix an obvious problem. It seems we are living through the old adage that if we don’t learn from our history, we are doomed to repeat it”. 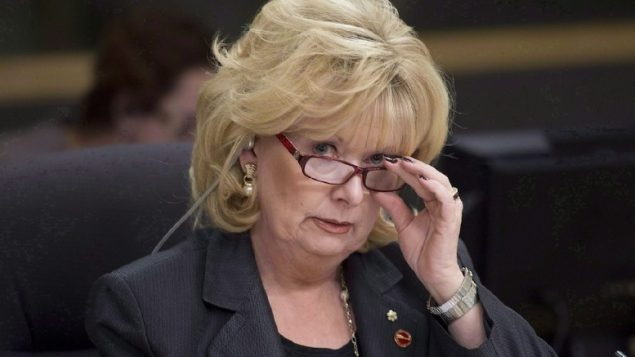 She was referring to what is known as the “tainted blood scandal” in which Canada distributed “paid for” blood from US clinics between 1980-1990, some of it collected at U.S prisons.  Some 30,000 Canadians given blood ended up with HIV and Hepatitis-C, and thousands have died. Some 8,000 Canadians are still living with the consequences and related health problems, and may die prematurely as a result.

A subsequent national inquiry was led by Justice Horace Krever.. In his 1997 report he concluded that to prevent such events in future, Canada’s blood supply should remain voluntary, public and accountable.

In a statement, the large and influential Ontario Public Service Employees Union (OPSEU) stated its support for the Bill. Sean Allen, chair of OPSEU’s Blood Services and Diagnostics Division noted that private companies always want to increase profit which could result in cutting corners on testing and screening. 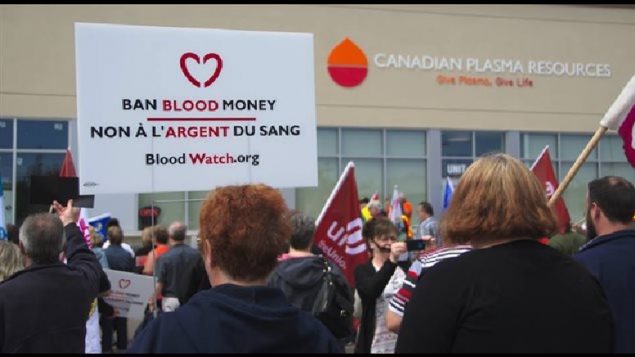 A protest in Moncton, New Brunswick on May 30,2017 outside one of Canada’s two legal for-profit blood clinics (Maggie McDonald)

He added,  “Donating blood is one of the most common forms of pure altruism. We give our blood to save the health or life of someone who, most often, is a total stranger. When blood donation is seen as a matter of dollars and cents, instead of a free gift of life, yet another societal good is sacrificed to the god of profit.  Furthermore, blood-for-pay will certainly discourage donors from giving voluntarily. A paid blood system will not increase the overall quantity, while its quality will be diminished. It’s a lose-lose proposition all the way down the line.”

Proponents of so-called “cash for blood” clinics say there have been no confirmed cases of disease transmission from such operations in over two decades.

Critics of the Bill note that Canada continues to import the majority of plasma medication from the U.S. and so the complaints against for profit clinics here is disingenuous.

While the expert panel for Health Canada said such clinics could help increase supply in Canada, supporters of Senator Wallin’s bill counter that the Canadian clinics export all the blood products they collect in Canada to the highest bidder