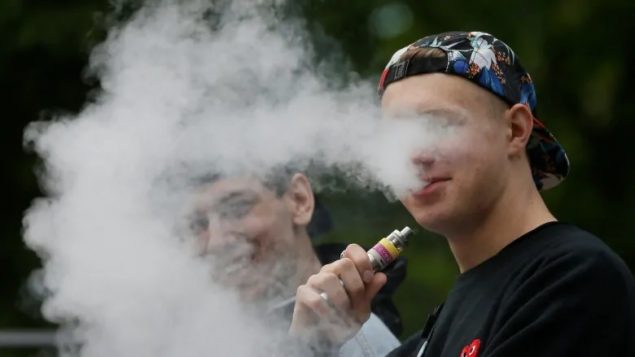 A new survey by the Canadian Paediatric Surveillance Program suggests that the ill-effects of vaping e-cigarettes–as well as non-medical cannabis use–continues to be a growing problem in Canada.

WATCH | Smoking or vaping may increase risk of a severe coronavirus infection:

The one-time survey of about 1,100 doctors found 88 cases of vaping illness or injury over a 12-month period, with one quarter of young people hospitalized.

The pediatricians reported numerous vaping-related injuries, with one third of cases involving ongoing health problems and showed that children and youth most often suffered respiratory problems or nicotine toxicity, which can cause a very rapid heart rate, dizziness, headaches, or vomiting.

The data did not reveal what ongoing issues they suffered, but Dr. Nicholas Chadi, a specialist in adolescent and addiction medicine at the University of Montreal, told The Canadian Press he suspects they included cough or shortness of breath and possibly external wounds or burns that needed time to heal.

Chadi told CP he found it “very concerning” that about a third had ongoing issues, saying the numbers could be much higher.

“If we look at what might be happening in smaller cities where we have emergency room doctors who are not pediatricians receiving these kids, there are probably many, many more cases of these injuries happening in Canada,” said Chadi, who is also affiliated with the Centre hospitalier universitaire Sainte-Justine in Montreal. 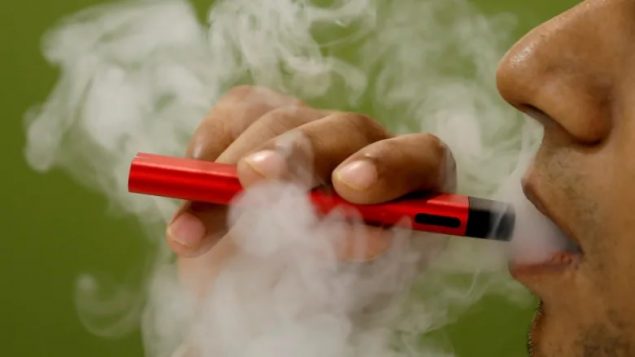 Pediatricians reported numerous vaping-related injuries, with one third of cases involving ongoing health problems and showed that children and youth most often suffered respiratory problems or nicotine toxicity, which can cause a very rapid heart rate, dizziness, headaches, or vomiting. (Adnan Abidi/Reuters)

The study follows research published in May that found that vaping among Canadian teens had doubled in two years, and it appears to confirm fears expessed by health experts about vaping. 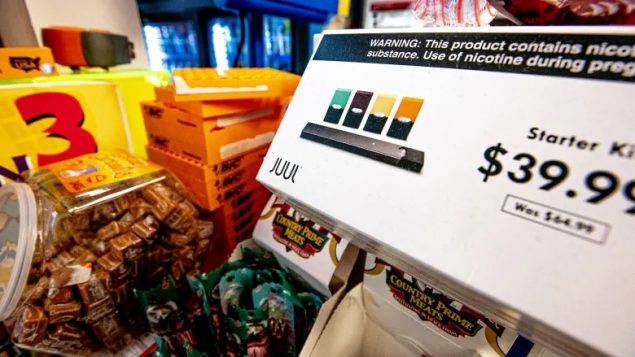 E-cigarette advertising hangs above candy at a convenience store in Toronto in August 2019. (Craig Chivers/CBC)

The ban applies to all retail locations and online stores that sell e-cigarettes, except for adult-only establishments.

In January, Juul Labs announced it would stop selling most of its flavoured vaping pods in Canada.

The survey also did not capture how many kids may be addicted to vaping products, something Chadi says he expects to examine in a two-year follow-up study.

With files from The Canadian Press, CBC News, RCI, Government of Canada