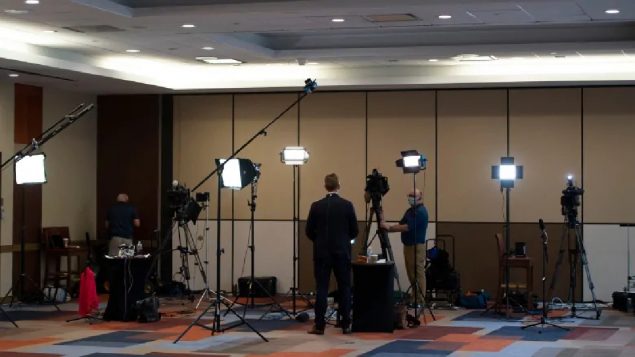 Television journalists work before the announcement of the new leader of the Conservative Party of Canada, in Ottawa on Sunday, Aug. 23, 2020. As many as 40 local television outlets and up to 200 Canadian radio stations could be forced to close in the next three years as the pandemic adds to financial pressures media companies were facing before COVID-19, according to a new study from a media advocacy group. (Justin Tang/The Canadian Press)

Canada was a major pioneer in broadcasting, not the least of which was the invention of radio by Canadian Reginald Fessenden, and critical advances by other Canadians like Ted Rogers and many others including Canadian George Retzlaff who invented instant replay in 1955.

But a ripple effect of COVID-19 has put Canadian broadcasting in deep trouble.

A new report released this week commissioned by the Canadian Association of Broadcasters says that there are about 50 local radio stations in dire financial straits and which could close within the next four to six months. Another 150 could follow in the subsequent 18 months.  Local television stations are also in trouble according to the study, with 40 or more of Canada’s 94 private stations facing possible closure within two or three years.

The report is called The Crisis in Canadian Media and the Future of Local Broadcasting.

It notes that the severe drop in revenue from situations related to the coronavirus has greatly worsened an already clouded future.  It says that the industry could face revenue shortfalls of over $1 billion between this year and 2022 and that 396 of Canada’s 737 private stations will have a negative balance sheet this year while over 70 per cent of private TV stations will be in the red. 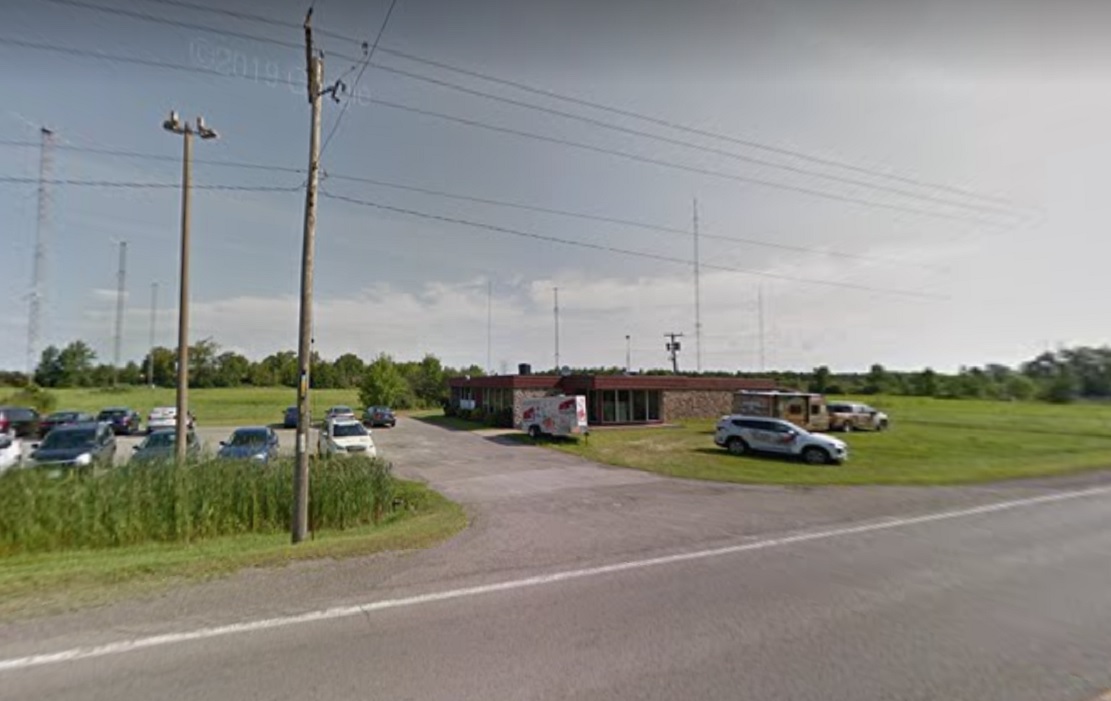 Local radio stations such as this one in southern Ontario, are important members of the community and often now the sole source of local and regional news and information. the CAB says the pandemic has made an already worrisome financial situation for broadcasters, far worse (google streetview)

It notes that the number of employees in private television has been cut almost in half by 2019 from the over 8,000 people employed in  the year 2000. The COVID-19 situation between April and June resulted in a 63.5 per cent drop in revenue for private radio and a 43.8 per cent drop for TV.

The same thing that has taken revenue from print media and caused closures of many of Canada’s local newspapers, and staff reductions at major papers, has hit the small private broadcasters.

The CAB notes that internet giants were able to strip away traditional sources of advertising revenue from papers, such as classified adverts.

Targetted advertising and important sources for local broadcasters has also been overtaken by internet giants, who they say enjoy an unfair tax situation in this country.

The broadcasters say with many local papers having folded, local broadcasters become an even more important source of local news and information.

The CAB is calling for immediate assistance from government.

The Canadian Press reports that the Minister of Canadian Heritage, Steven Guilbeault responded to their request for a statement saying the government has provided independent news and  community radio broadcasters with $25 million in emergency funding as part of the COVID emergency response.

The CAB has also aske the regulatory body, the Canadian Radio Television and Telecommunications Commission, to take action to create a more fair and sustainable future for local media.