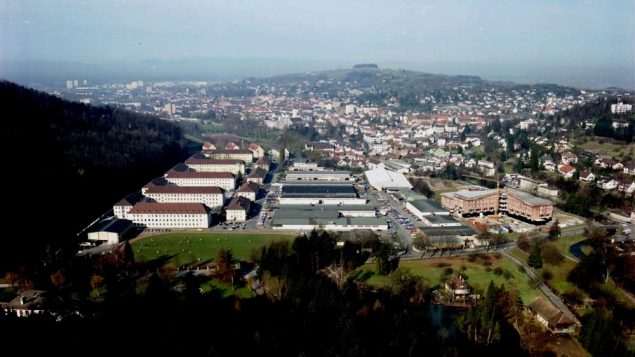 View of the CFB Lahr caserne, an image which will be remembered by thousands of Canadian military personnel (CALC Mikan No. 4221659)

On this date the last of Canada’ s military forces said goodbye to their home away home in southern Germany. CFB Baden-Soellingen, and CFB Larh had been the site of Canada’s NATO forces for some four decades.

Perhaps 350,000  Canadian soldiers occasionally with families saw service in Germany starting in the 1950’s with the establishment of commitments to NATO. 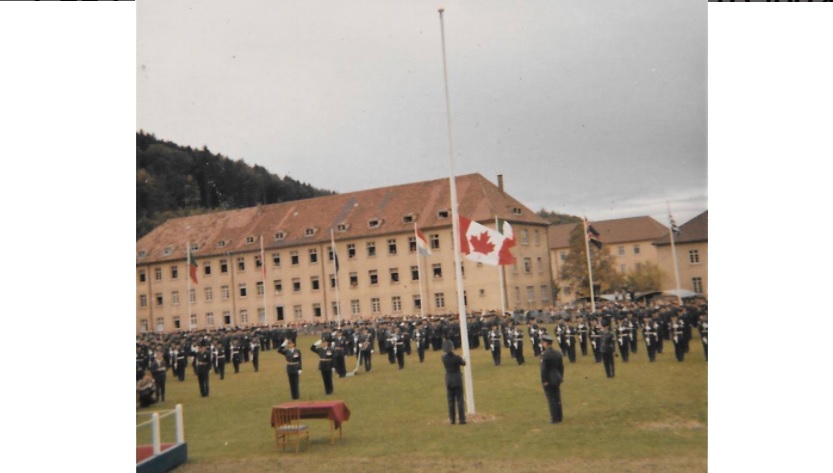 Raising the Canadian Flag, at the Caserne as part of takeover of the base Sept 1967 ( via CMPA)

The Canadian presence began  in France and northern Germany in the 1950’s with airforce wings, but when France withdrew from NATO the two wings there were moved into the two existing German locations with the contingent at CFB Baden seeing an influx of new personnel in 1963 and 66, eventually becoming the RCAF’s main fighter location. 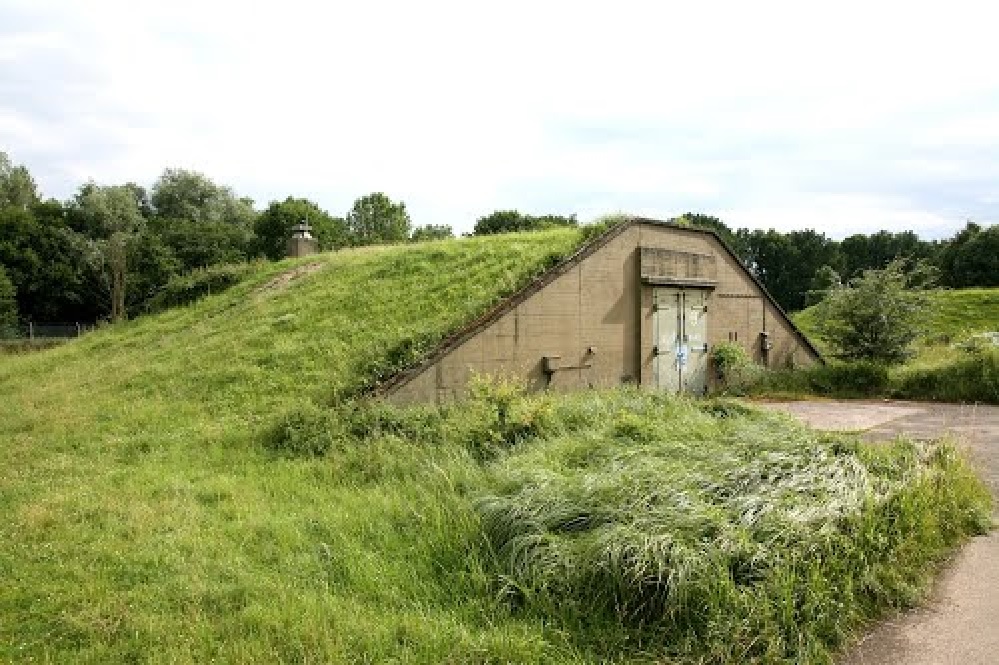 One of the Secure Ammunition Storage (SAS) bunkers used to store nuclear weapons for CF-104 aircraft during the short period that 1 Wing Lahr aircraft had a nuclear strike role (1969-70). (Unknown source CMPA

As France subsequently withdrew all its forces from Germany,  the Canadians also moved into CFB Lahr which originally had been a German airship base in the First World War. France later occupied the base before leaving in 1966. 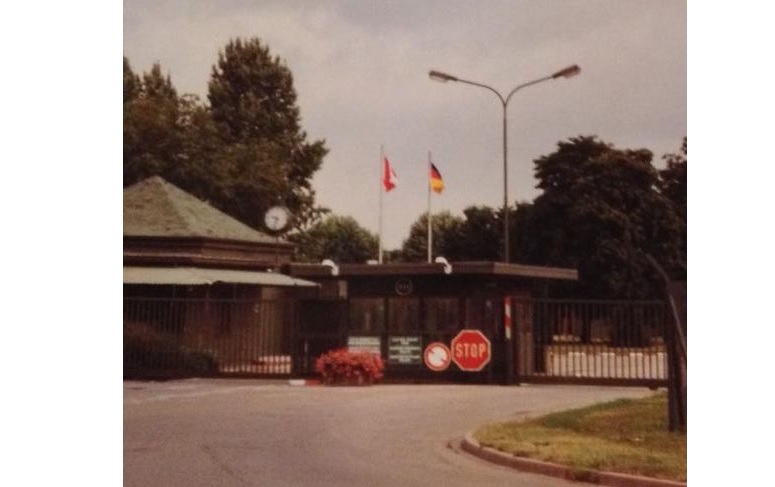 Canadians then began to move both air and land units to the huge site with an airfield outside Lahr and a large ‘caserne ‘ in the town.  While the airfield became the centre for mechanised units and others , the caserne later became the site of military offices, schools, store, and recreation centre. 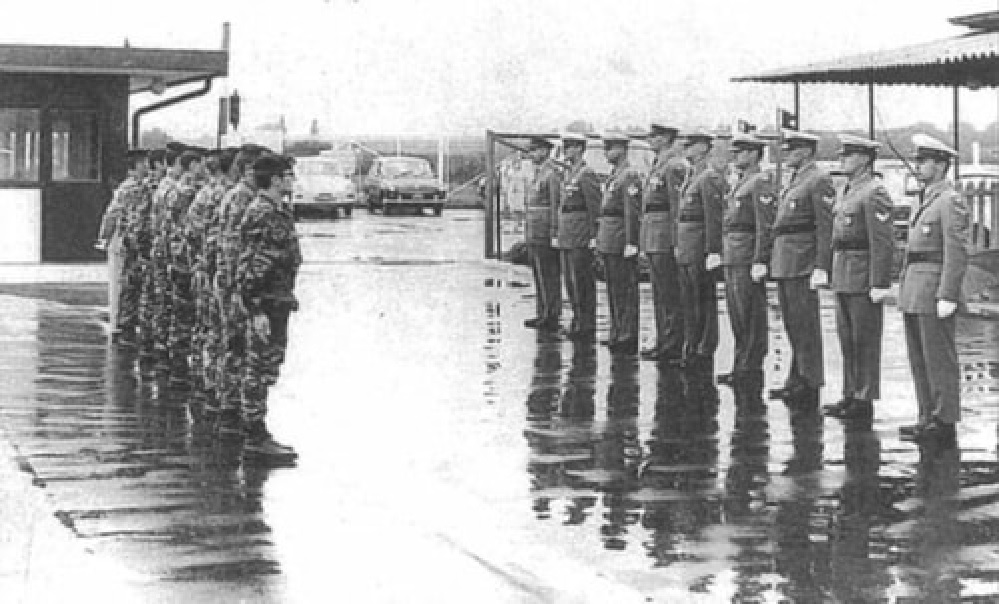 Lahr was home to 4 Canadian Mechanised Brigade group of armour, artillery, engineers, service battalion, field ambulance, tactical helicopters, and so on. At any given time there at least 1,100 Canadian troops in Germany.

The Canadians had a long and warm relationships with the German people and many a young German woman found themselves a new Canadian husband.

Not all Germans loved the Canadians, such as the peace demonstrators outside the airfield gate in 1981 (via CMPA)

However, with the fall of the Berlin Wall, the need for an established military presence in West Germany allegedly came to an end and with it the end of a permanent Canadian presence. The closure of the bases was announced in the 1990 budget as a cost cutting measure. 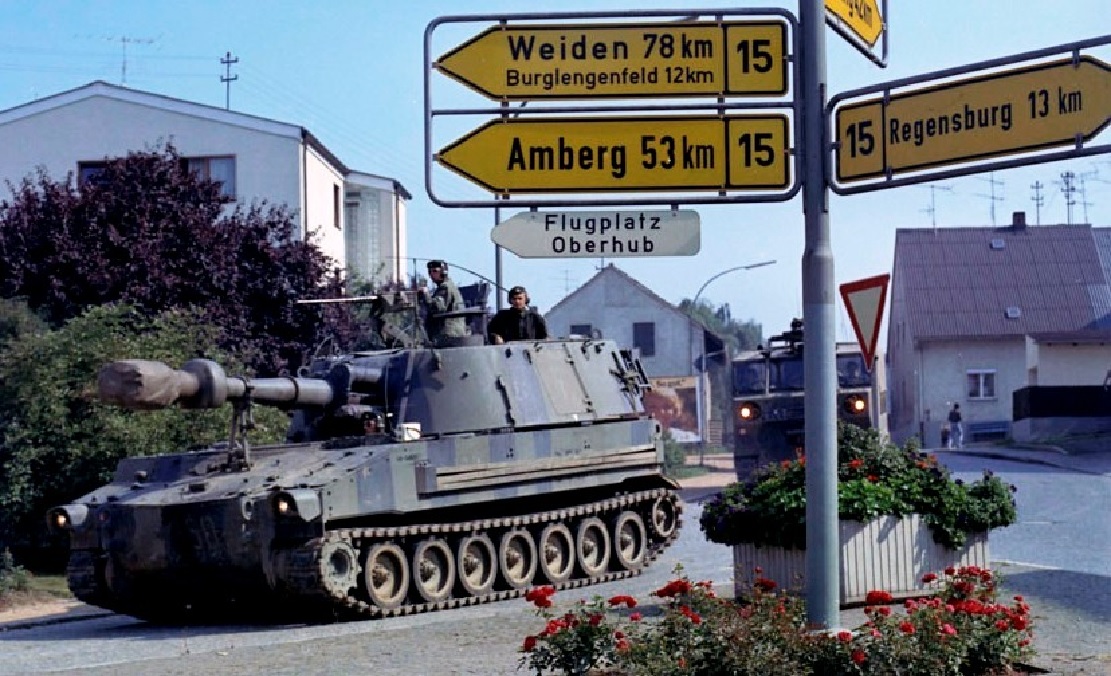 CFB Baden airfield was closed in March 1993 with units leaving over the summer and only a handful of personnel remaining until the permanent closure on December 31. 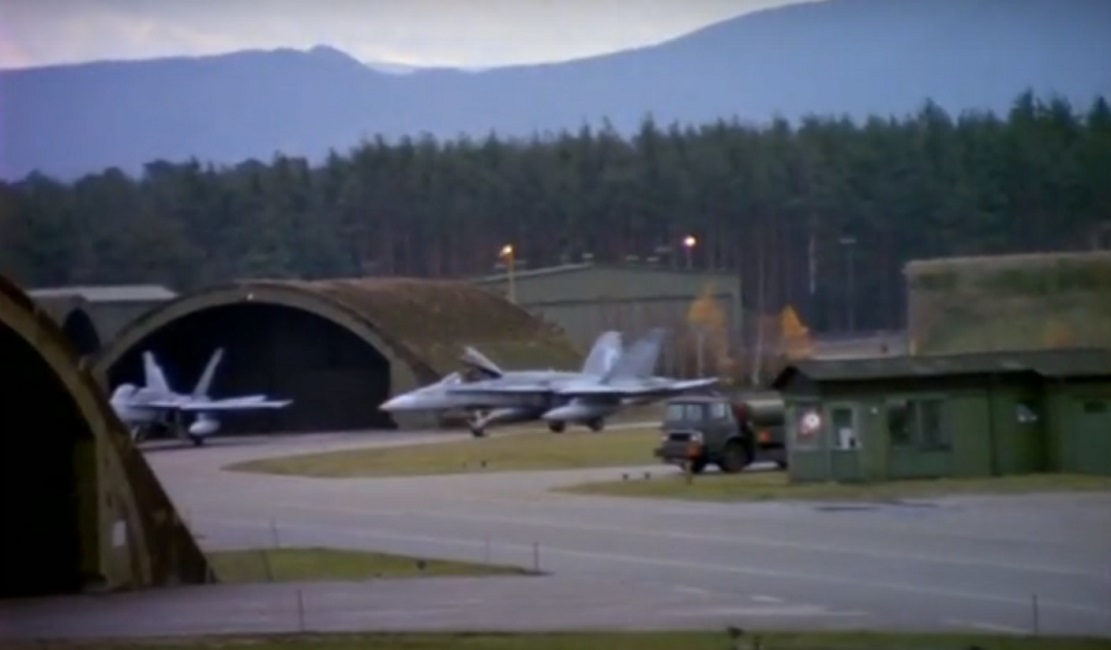 The last unit to leave CFB Lahr was 4CMBG on this date in 1993, and the base permanently closed and handed back to the city on this same date exactly one year later.