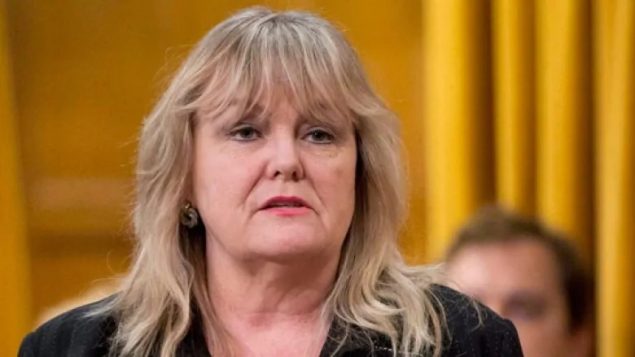 Kerry-Lynne Findlay pictured in the House of Commons in 2014 when she represented the B.C. riding of Delta-Richmond East. She was elected in 2019 for the riding of South surrey-White Rock. Findlay, a Conservative MP and the party's environment critic, is apologizing for "thoughtlessly" retweeting an anti-Semitic post by a conspiracy theorist in an attempt to criticize Deputy Prime Minister and Finance Minister Chrystia Freeland. Her apology did not address her own comment on the post itself. (CBC)

It was just a week ago that Erin O’Toole was basking in his new-found status as leader of Canada’s Official Opposition, leader of the Conservative Party of Canada.

Most pundits will tell you that if O’Toole is to wrest control from Prime Minister Justin Trudeau’s minority-governing Liberals, he is going to have to widen his party’s all-over appeal–likely by downplaying the party’s social-conservative elements–all the while keeping in mind that that dyed-in-the-wool social conservatives–Derek Sloan and Leslyn Lewis-–won over 30 per cent of the vote in the first two rounds of the Conservative leadership vote two weekends ago. 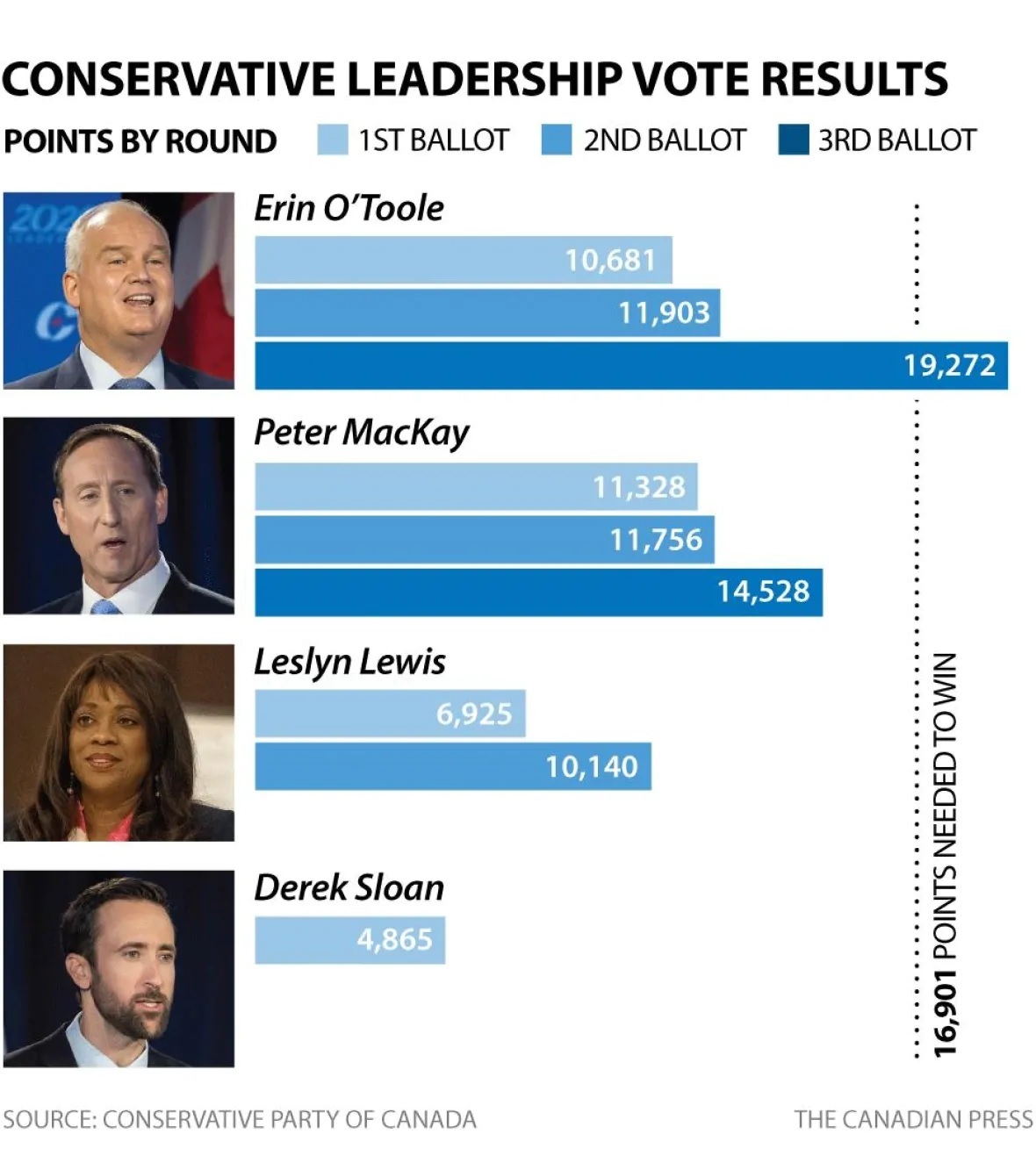 The political tightrope that might land the Tories more middle-of-the-road supporters is likely why O’Toole went out of his way last Tuesday to stress what he called his “clear track record” on human rights, noting he was one of only 18 Conservative MPs to vote in favour of a bill advancing transgender rights.

But all all of a sudden, O’Toole had a big problem on his hands this weekend as he heads out fishing for more middle-of-the-road supporters.

It came courtesy Conservative Kerry-Lynne Findlay, a Tory MP from British Columbia, who is currently the party’s environment critic and a former Parliamentary Secretary to the Minister of Justice under Stephen Harper.

Finlay retweeted a video of Deputy Prime Minister and Finance Minister Chrystia Freeland interviewing billionaire George Soros when she was a journalist with the Financial Times in 2009 and commented that “the closeness of these two closeness should alarm every Canadian.”

The edited two-minute clip shows Soros advocating for then-U.S. president Barack Obama to bring China in what the financier describes as a “new world order, a financial world order.”

Findlay wrote that Freeland listened carefully to Soros “like student to teacher.”

Soros, who is Jewish, is a frequent bogeyman of conspiracy theories from far-right figures in the U.S., his native Hungary and elsewhere, and the tweet was seen by many as a far-right dog whistle.

By Saturday afternoon, Findlay had deleted her post and offered an apology, saying she never meant to endorse what she called “hateful rhetoric.”

Earlier today, I thoughtlessly shared content from what I am now learning is a source that promotes hateful conspiracy theories. I have removed the tweets and apologize to anyone who thinks I would want to endorse hateful rhetoric.

The apology did not address her own comment on the video itself and Findlay’s critics, including prominent Canadian actor Jay Baruchel, were quick to pounce.

Nonsense. You spewed the talking points of another country’s racists and, in so doing, showed Canada what you are. Reap the whirlwind.

As for O’Toole, he wasn’t addressing the issue, at least to Globe and Mail political reporter Kristy Kirkup on Saturday.

When asked if there would be a response from Conservative Leader Erin O’Toole on MP Findlay’s now deleted tweet on Freeland, a spokesperson referred to her apology and said the office had nothing further to add. #cdnpoli

Parliament is due to return on September 23 for the speech from the Throne.