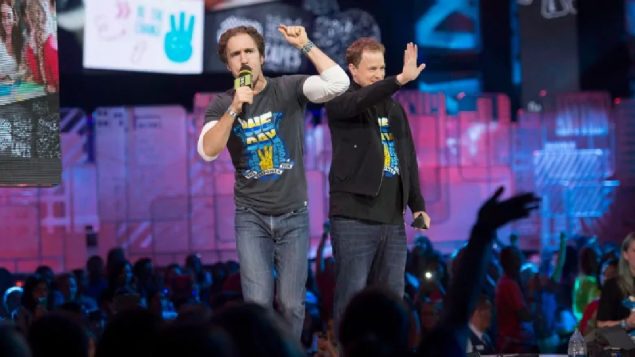 The co-founders of WE Charity, Craig and Marc Kielburger, announced Wednesday they are winding down the charity's operations in Canada. due to COVID-19 and political scandal (Hannah Yoon/The Canadian Press)

Controversial WE Charity to shut down in Canada

The so-called political scandal involving Prime Minister Justin Trudeau and the WE Charity is back in the news with word that the charity is closing operations in Canada.

Canadian brothers and founders of WE Charity, Craig and Mark Kielburger, announced yesterday that  they were shutting down Canadian operations and selling off substantial real-estate holdings here in order to fund other international projects.  The move comes after a political storm of charges of conflict of interest by opposition parties and parliamentary and ethics investigations. It began with the sole-sourced multi-million dollar contract given to WE approved by the federal cabinet.  This was to administer a newly created national student summer volunteer programme called the Canada Student Service Grant. 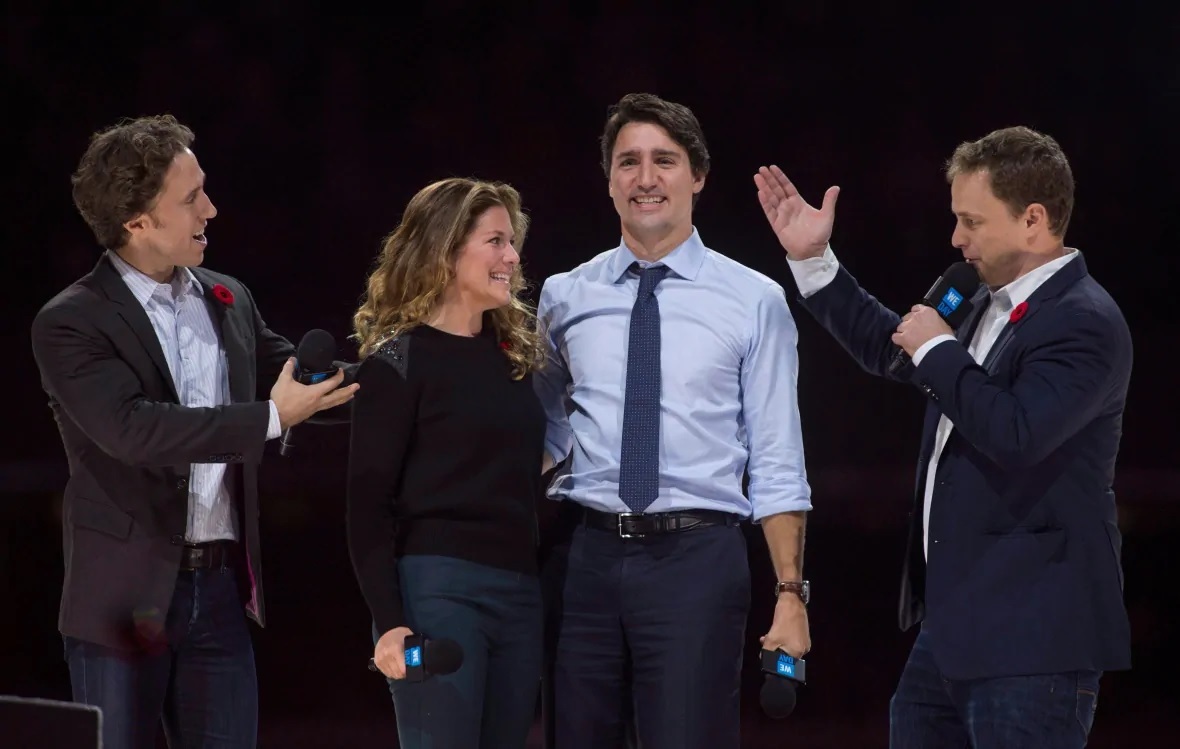 WE Charity co-founders Craig (left) and Marc Kielburger introduce Prime Minister Justin Trudeau and his wife Sophie Gregoire-Trudeau as they appear at the WE Day celebrations in Ottawa, Tuesday November 10, 2015. Trudeau’s close ties to their charity have resulted in claims of conflict of interest in the awarding of a multi-million dollar contract, since withdrawn. (Adrian Wyld/The Canadian Press)

The contract decision involved Trudeau who has a long personal relationship with WE, and whose family members had received large sums of money for appearing at WE events. Finance Minister Bill Morneau also approved the decision and had a family connection to the organisation and also came in for heavy criticism. That in part seems to have played a role in his resignation. 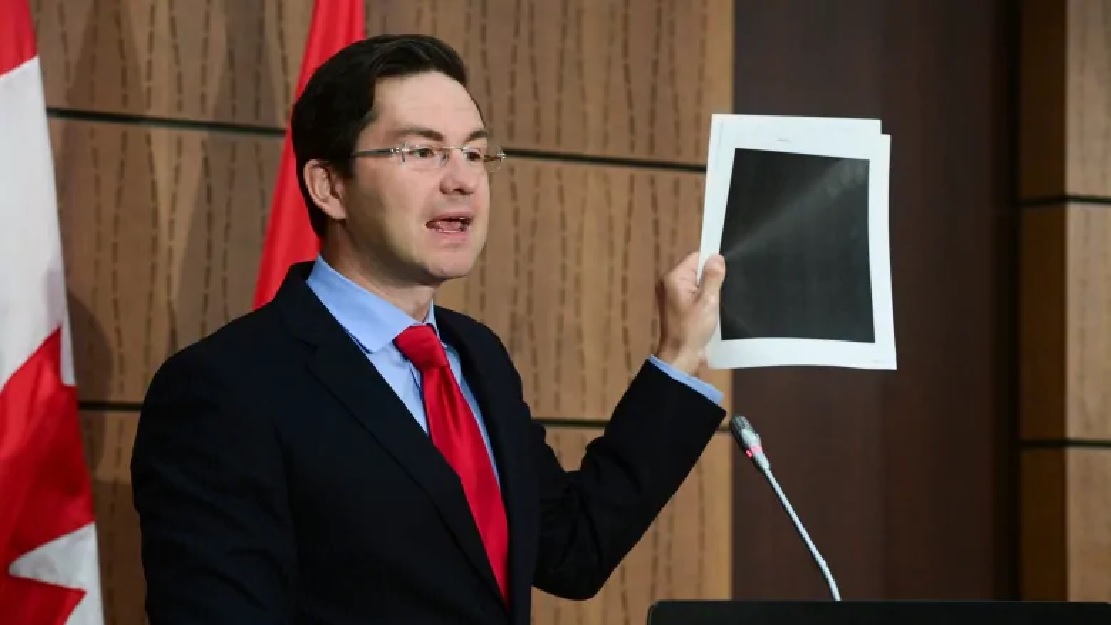 Conservative MP Pierre Poilievre holds up redacted federal documents related to the contract issue during a press conference on Parliament Hill in Ottawa on Wednesday, Aug. 19, 2020. The documents were tabled by the government at the House of Commons finance committee., one of the Parliamentary investigations in to the Liberal government awarding of the multi-million dollar contract to the WE Charity (Sean Kilpatrick/The Canadian Press)

As news of the scandal broke early this summer, WE Charity’s major sponsors including, RBC Royal Bank, Telus, and Virgin Atlantic in the U.K, all pulled their support.  The Kielburgers said in a statement on Wednesday that COVID-19 severely disrupted activities adding, “The fallout from the Canada Student Service Grant has placed the charity in the middle of political battles and misinformation that a charity is ill-equipped to fight. As a result, the financial math for the charity’s future is clear”.

The statement says funds from sales of assets will go towards creation of an endowment fund  to support international projects in Latin America, Asia, and Africa.

It goes on to say the ongoing political fallout points to a lack of future revenue adding that the brothers themselves will “transition from the organisation”, which  is being interpreted as stepping down.

WE Charity’s operations in Britain and the U.S. seem unaffected for the moment, and It is not known how this may affect the Kielburgers for-profit company, ME to WE, which deals in leadership courses, travel, and retail sales.

The closure of WE in Canada has not stopped questions about the Trudeau government connections with the organisation.

New Democratic Party critic Charlie Angus said that reports from Charity Intelligence, a charity watchdog group, showed that the WE Charity was already in crisis and making strange financial decisions in the months just prior to the government contract. The fact that WE fired the chairs of the Board of Directors for both the Canadian and U.S operations and replaced most other board members was also interpreted by Angus as showing the charity was in financial crisis, and “how badly they needed this bail out from their Liberal friends. They’ve have been in economic freefall for months”. 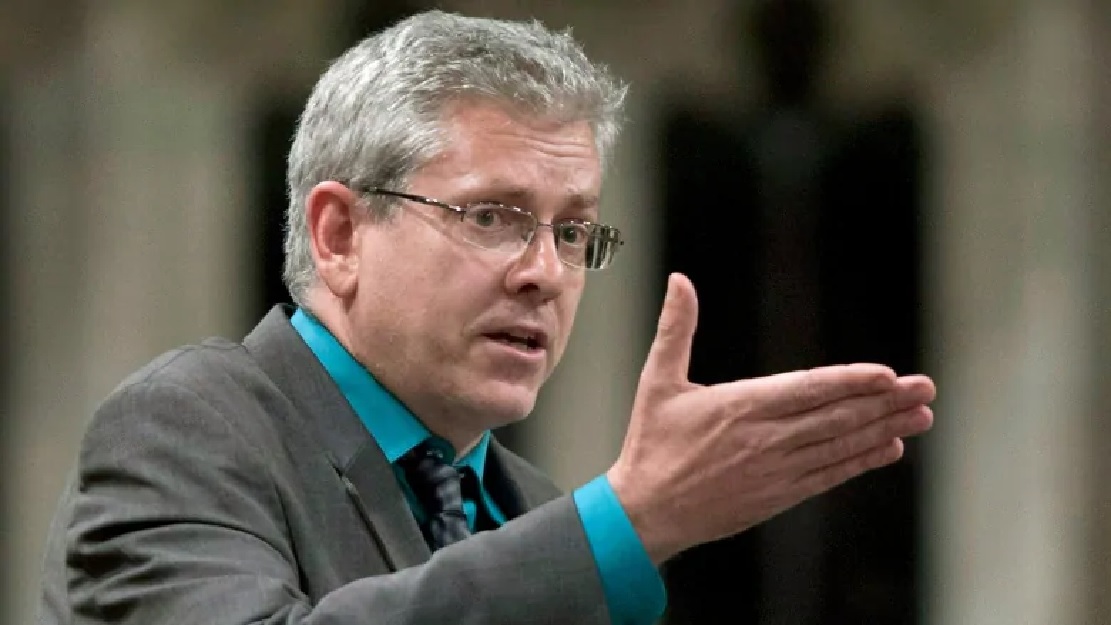 The Trudeau government has always claimed that the decision to award the contract to WE was made on recommendation by the non-partisan public service.  The Canadian Press reports that thousands of heavily blacked out federal documents released earlier to a Parliamentary committee suggest civil servants may have been pushed toward such a recommendation by their political masters.

The Canadian Press reports that at an Ottawa news conference last Tuesday Angus said, ““Throughout this scandal, the prime minister and the Liberal government have affirmed again and again and again that it was the civil service that drove this agenda, but thanks to the government documents that have been revealed, we now know that that is simply not true.”

As evidence he cited an email from WE founder Craig Kielburger about a meeting in April with Chagger regarding proposals to create a youth business programme promoting entrepreneurship during the pandemic, and mentioned her suggestion of an alternative summer programme. The email said WE was working on such a proposal. 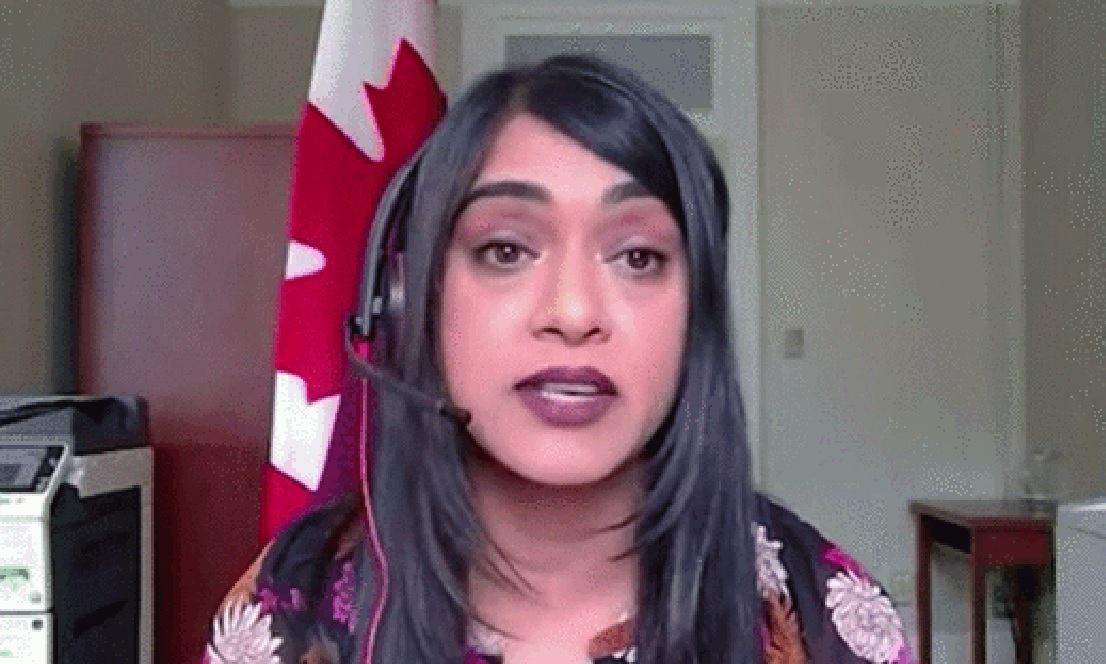 Youth Minister Bardish Chagger appearing before a Parilamentary committee investigating the awarding of the WE contract. (CPAC via CP)

Chagger did not mention the meeting during her testimony before the Finance Committee in July. A statement to The Canadian Press  from her office stated, “I at no time directed WE Charity to amend or adjust or add any proposal,”

Parliamentary committees investigating the Liberal decision on the WE contract were shut down when Trudeau prorogued Parliament.  The federal ethics commissioner say the closure of WE Charity’s Canadian operations will have no affect on his probe.

The opposition Conservative Party is calling on WE to release  their documents related to the issue which had been promised before the Parliamentary investigations were shut down.

Newly chosen leader of the Conservative Party, Erin O’Toole tweeted the WE should hand over documents related to the issue. ( Twitter)